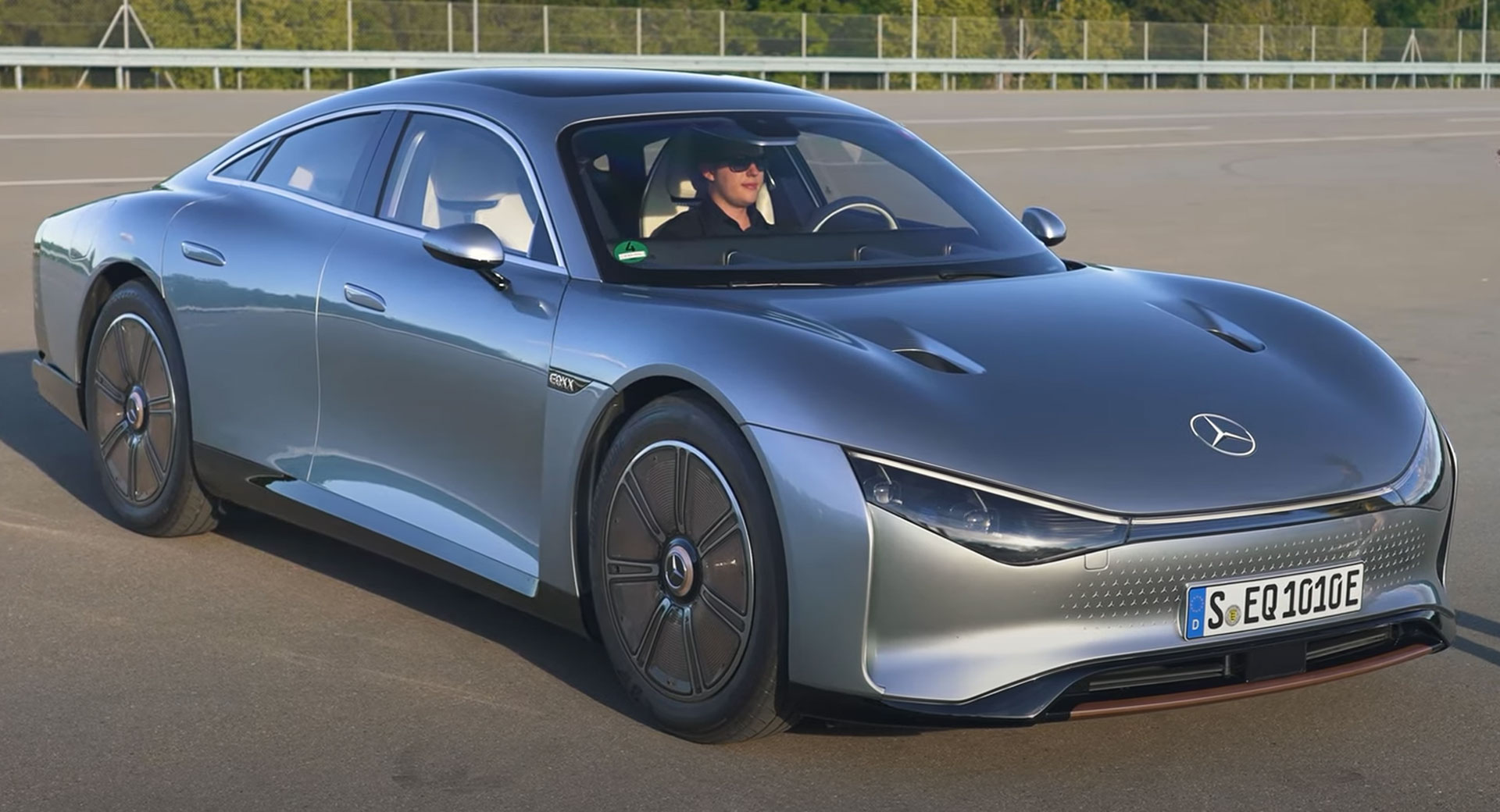 Concept cars are quite often nothing more than fancy display models that can’t even move an inch under their own steam. The Mercedes-Benz Vision EQXX is very different.

Mercedes-Benz unveiled the innovative EV at CES back in January. It won’t directly spawn a production variant but many of its technologies are anticipated to be used by future electric vehicles from the car manufacturer. Mat Watson from CarWow recently had the chance to check out the concept in person and take it for a drive.

Read More: Mercedes-Benz Vision EQXX Smashes Own Record, Travels 747 Miles On A Single Charge From Germany To The UK

Found beneath the skin of the Vision EQXX is a 900-volt battery pack developed by Mercedes-Benz Grand Prix and High Performance Powertrains. This battery pack is rated at 100 kWh, just like the pack of the EQS 450+, but is 50 per cent smaller and 30 per cent lighter. Mercedes placed a lot of focus on reducing weight as much as possible, installing magnesium wheels, aluminum alloy brake calipers, and carbon and glass-reinforced doors. The concept also sports 117 solar cells that contribute 15.5 miles (25 km) to the driving range.

Powering the rear wheels is a single electric motor with 201 hp. While the concept isn’t fast, it is exceptionally efficient and in June, traveled 747 miles (1,202 km) on a single charge in a journey from Stuttgart, Germany to the Silverstone circuit in the UK.

During his testing of the concept, Watson and the Mercedes engineer behind the wheel recorded a 0-60 mph (96 km/h) time of 7.51 seconds and a quarter-mile time of 15.87 seconds. Those times may not seem very impressive but the engineer notes the EV was not designed with a lot of low-end torque and was instead engineered to be driven at highway speeds, precisely where it is most efficient.