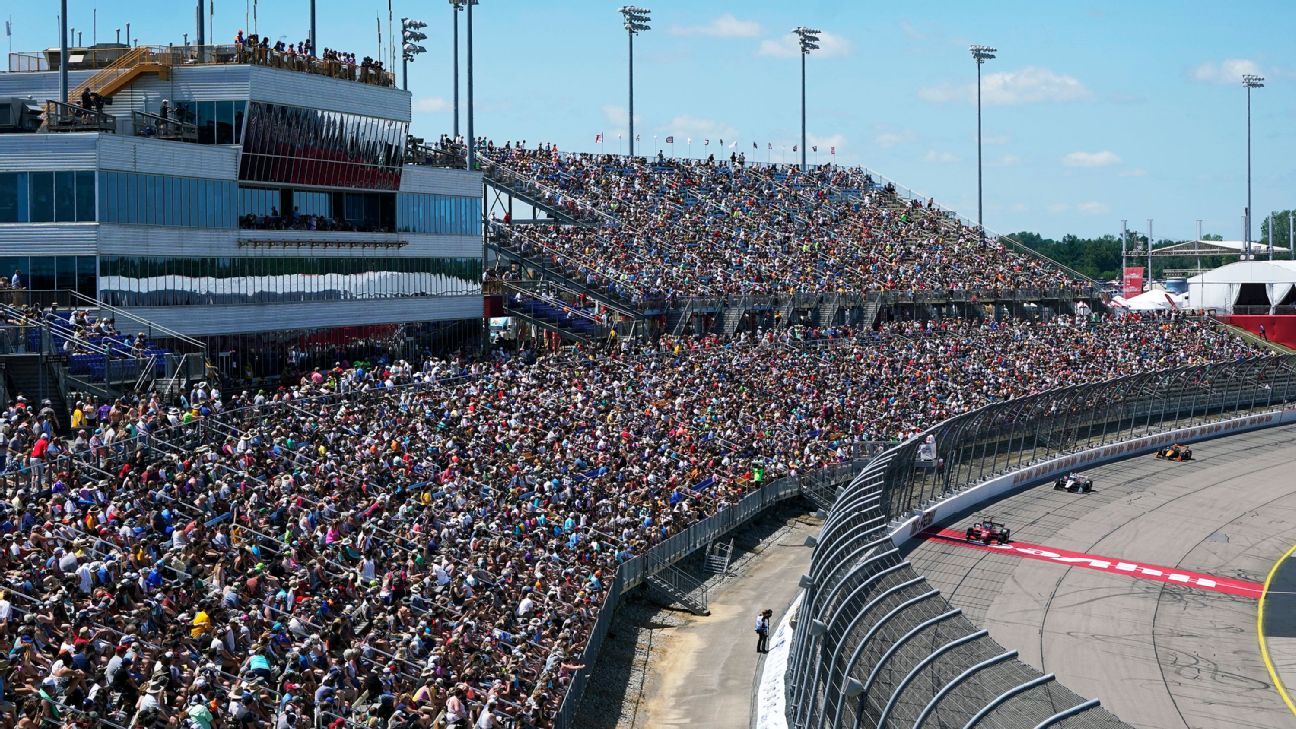 NEWTON, Iowa — Josef Newgarden collapsed in the motorhome lot following his late crash Sunday at Iowa Speedway and was taken to a Des Moines hospital by helicopter for evaluation.

IndyCar medical director Dr. Geoffrey Billows said Newgarden was transported by helicopter to Mercy One Des Moines Medical Center because the infield care center lacked the equipment to properly evaluate the Team Penske driver, who cut open the back of his head when he collapsed.

Billows said Newgarden was awake and alert, but the hospital was a 45-minute drive from the track and heavy traffic for the post-race Blake Shelton concert would have delayed the journey.

Newgarden dominated and led 148 of the 300 laps while trying to sweep the weekend. But something on his Team Penske car broke with 64 laps remaining and the 31-year-old Tennessee driver spun hard into the outside wall — creating an opening for Pato O’Ward of Arrow McLaren SP to win the race.

Newgarden, a two-time IndyCar champion, was visibly rattled after his mandatory check in the infield care center after the crash.

“Definitely was a bit of a shot. I want to cry, so sad for my team. I don’t know what happened,” Newgarden said. “Everything felt fine to me. Totally unexpected and it caught me by my surprise. Team Penske is the best. I never have this stuff, so maybe we were due.

“We can’t afford it for this year. But we’ll fight back. We have a great team here.”

Chevrolet’s initial diagnosis was that the suspension broke on Newgarden’s car. There was no immediate word on the force in which Newgarden hit the outside wall.

O’Ward made the pass for the win on pit road with a speedy stop by his Arrow McLaren SP team and held off Penske teammates Will Power and Scott McLaughlin. It’s the second win of the season for the Mexican driver, who finished second on Saturday and remains firmly in the IndyCar title race with five races remaining.

O’Ward is fifth in the standings, 36 points behind leader Marcus Ericsson. His win halted Team Penske’s dominance on the 0.894-mile oval, where Roger Penske’s drivers had won six of the last seven races prior to Sunday.

Scott Dixon of Chip Ganassi Racing finished fourth and was followed by teammate Jimmie Johnson, who raced hard with Indianapolis 500 winner Ericsson to earn his best finish through two seasons of IndyCar racing. Ericsson is also a Ganassi driver and Newgarden’s crash helped the Swede retain the lead in the IndyCar standings — making Johnson’s aggressive racing a bit nerve-racking for the Ganassi camp.

“I race my teammates with the most respect I possibly can, every race I’ve been in, I’ve given way,” Johnson said. “That was really the first time I fought for position and felt like I should have been up there passing (Dixon). Today I had it in me and I raced clean, hard, and just had an awesome day.”