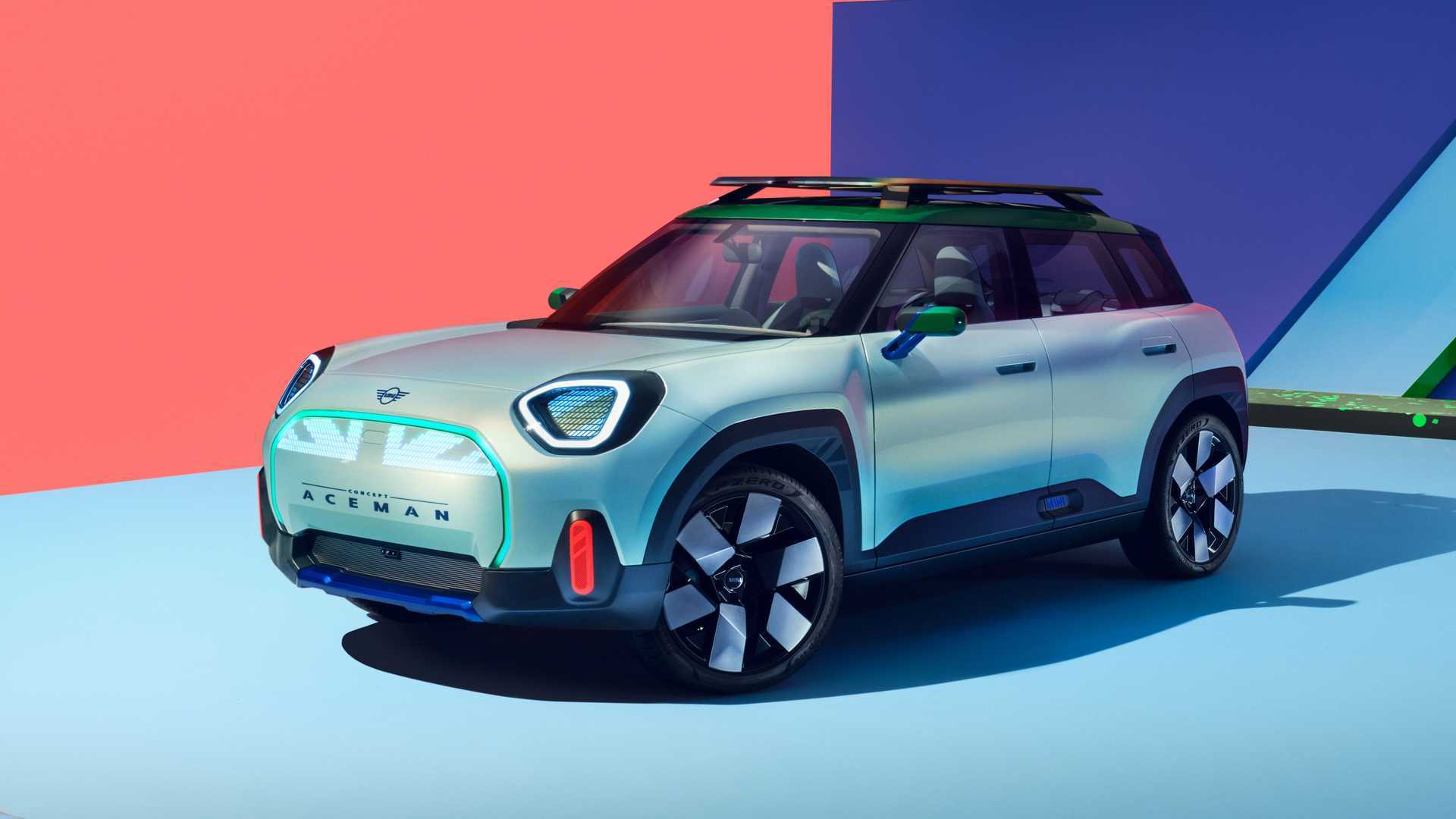 Aceman is the name of the first ever electric Mini crossover, previewed here by this close-to-production concept whose design also gives a glimpse into the manufacturer’s future all-electric lineup. It retains all the familiar Mini design traits, but it also doesn’t look like any previous model especially in terms of its proportions, as well as the fact that many of its features are quite chiseled, thus departing from the rounded shapes we had grown accustomed to.

The Mini Aceman concept’s edgy new design will for the most part make it into production. Probably the mirrors will grow and the front and rear light clusters and bumpers may also get some updates, but this is pretty much what will become the series model.

This most likely goes for the interior as well, where the manufacturer notes that it has not used any chrome or leather. We’re not really sure if Mini will actually sell the vehicle with a velvet velour covered steering wheel, but the basic architecture of the interior looks ready to go into production.

The dead giveaway for this is the row of buttons below the circular center screen – had this been a more traditional concept, they would surely have done away to highlight the cabin’s minimalism even more. The tweeter covers on all four of the door panels also look like they are from a production vehicle, not really a concept…

It also looks like it previews new ways to customize a Mini cabin, with the Aceman concept suggesting that the manufacturer will offer even more unusual upholstery than it has until now and that it may extend up to the dashboard. Oliver Heilmer, Head of Mini Design explains that

The purely electric vehicle concept makes it possible to steer the design more towards the traditional core values of MINI in line with the traditional principle of creative use of space.

This creates models that take up little space on the road while offering even more comfort, more versatility and more emotion on the inside than ever before.

The knitted materials inside the concept are, of course, recycled and the screen uses OLED technology for maximum definition. Mini is also touting how digitalized this model is, presumably referring to the simplified interface that mostly revolves around the round center screen.