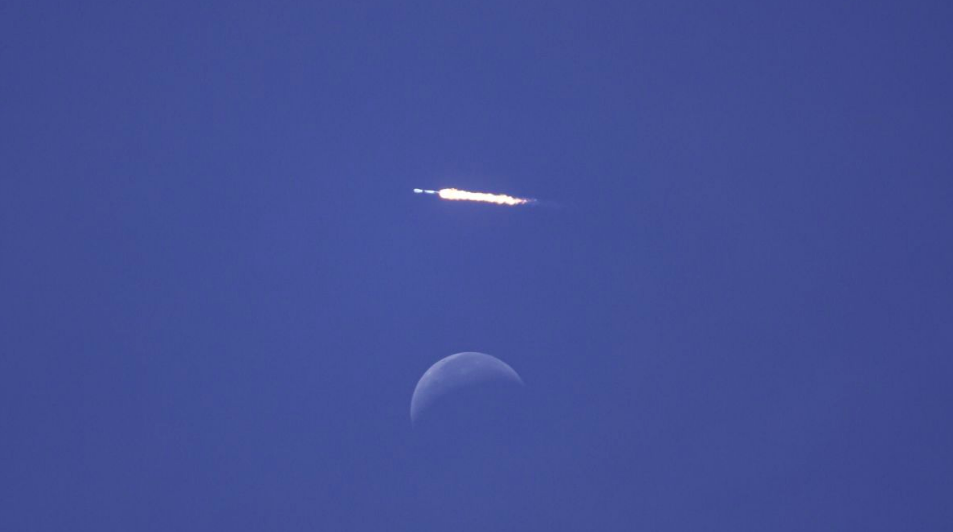 During SpaceX’s Falcon 9 Starlink mission on July 22, SpaceX captured an incredible video of the rocket flying over the moon. Perhaps it’s time to rewrite that old bedtime story.

SpaceX launched a Falcon 9 rocket on Friday and as it was happening, the rocket lept over the moon. The view was incredible and you can watch the video SpaceX shared below.

Falcon over the moon

Falcon 9 Over The Moon

The Falcon 9 launched from Vandenberg Space Force Base in Californio and as it made its way up through the clouds, the tracking camera footage captured footage of the Falcon 9 appearing to soar over the moon.

After the rocket “jumped over the moon,” the 46 Starlink satellites quickly made their way to orbit on the rocket’s second stage.

TimeAndDate noted that on Friday, the moon rose over San Luis Obispo, CA at 1:19 am local time and set at 3:36. San Luis Obispo is around 50 miles north of the launch site. When the rocket launched at 10:39 am, the moon was 22.5% illuminated as seen from the Earth.

Today, SpaceX launched another Starlink mission with 53 Starlink satellites from Florida. SpaceX confirmed the deployment of the satellites and noted that this is its sixth mission this month.

Elon Musk announced that Starlink internet is available in 36 countries. One of the key goals is to help those without access to the internet to get that access. You can read more about this here.

In response to a question about Starlink in Nigeria, Elon Musk said that the service turns on next month which is the same time needed to deliver a user terminal.

Video: SpaceX Falcon 9 over the moon