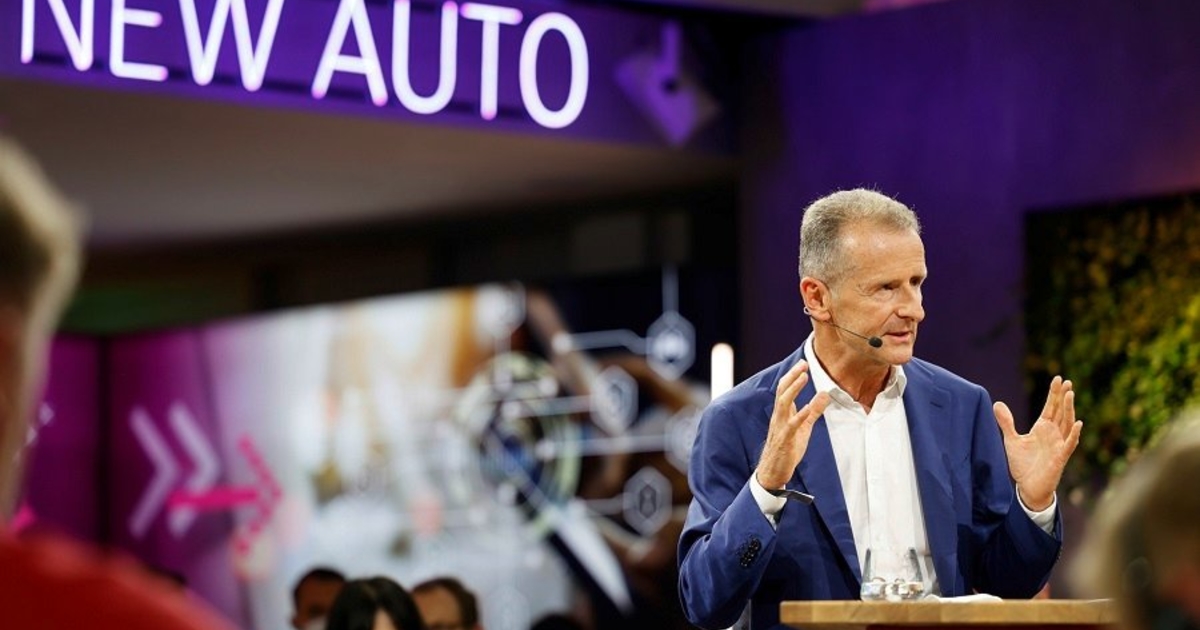 Herbert Diess took over at Volkswagen Groupfour years ago when the German automaker was in crisis, under pressure to make dramatic changes in strategy and culture, and the former BMW executive offered a new vision.

Prominent among them, Diess’s effort to create a Germany-centered software business, CARIAD, within Volkswagen, and a promised stock market listing for the Porsche luxury brand designed to help fund VW’s electrification investments.

Diess was not like prior VW chief executives in either his approach to business or his personal style. In 2018, that made him appear to be just the executive to lead Volkswagen out of its diesel emissions scandal.

Diess was focused more on what investors wanted than pleasing Volkswagen’s labor unions. He believed in investing heavily in electric vehicles for the future. He cultivated a playful presence on social media, and he set electric vehicle leader Tesla as Volkswagen’s benchmark, not traditional rivals such as Toyota or General Motors.

Diess took chances, both with product and technology strategy and with his penchant for speaking his mind, rattling VW constituencies.

He sometimes overshot the mark, too.

In 2019, Diess appeared to allude to a Nazi-era slogan when he attempted to describe the carmaker’s earnings potential by saying “EBIT macht Frei.” He later apologized for the comments and explained he in no way wanted to draw a comparison to the Nazi-era slogan “Arbeit Macht Frei,” which appeared on the gates of Auschwitz during the Holocaust.

In the U.S., Diess could be remembered as the executive who brought back the beloved VW microbus as a stylish EV badged as the ID Buzz, and revived the Scout truck brand. But Diess irritated U.S. Volkswagen dealers with talk about selling Scouts directly to consumers.

Diess was open in his admiration for Tesla and its CEO, Elon Musk, who offered Diess the CEO job at Tesla in 2015 before Diess decided to join Volkswagen.

The 63-year-old Diess took on many tough tasks in his VW career, including slashing costs at the company’s high-volume Volkswagen brand. After joining VW in 2015 as Volkswagen brand chief, then-CEO Martin Winterkorn gave Diess the assignment to cut 5 billion euros ($6 billion) a year in costs at the brand within two years — a mission that assured conflict with German labor unions.

In the end, Diess appears to have moved too fast for some on the company’s supervisory board, and not fast enough for others.

He clashed repeatedly with Volkswagen’s labor leaders, who have half the votes on the automaker’s supervisory board. But members of the Porsche and Piech families, major shareholders, were concerned that Diess was not delivering results fast enough from his multi-billion euro investments in EVs and software development.

In May, Volkswagen’s supervisory board demanded that management present a more robust plan for CARIAD, the software unit.

The unit’s chief earlier this month told Germany’s Frankfurter Allgemeine Zeitung that the operation needed to be streamlined to move faster.

Volkswagen’s share price suggests investors had similar concerns. Since Diess took over in 2018, Volkswagen shares have been flat, and are down 24 percent for this year.

Tesla in that same four years has increased its market value by 15 times its 2018 level, and at a market capitalization of $844 billion is worth 10 Volkswagens.

Diess will leave VW Group on Sept. 1, three years before his contract was supposed to end, with many of the goals he set as the German auto giant’s disruptor-in-chief unfinished and uncertain.

The group’s board has opted to replace Diess with Porsche CEO Chief Oliver Blume, a veteran VW executive. Some observers expect that choice signals a return to basics, and less ambitious visions about turning the automaker into a technology company.

“When I see Blume coming in, I see a car guy coming in again.”

Diess initiated an ambitious push into battery-cell production and got backing for the IPO of Porsche, which is planned for the fourth quarter.

At the same time, he occasionally allowed friction with VW’s unions and other stakeholders to spill over into public. He likened VW to a “tanker” with “old, encrusted structures” in need of breaking up, vowing to modernize the company and move more quickly.