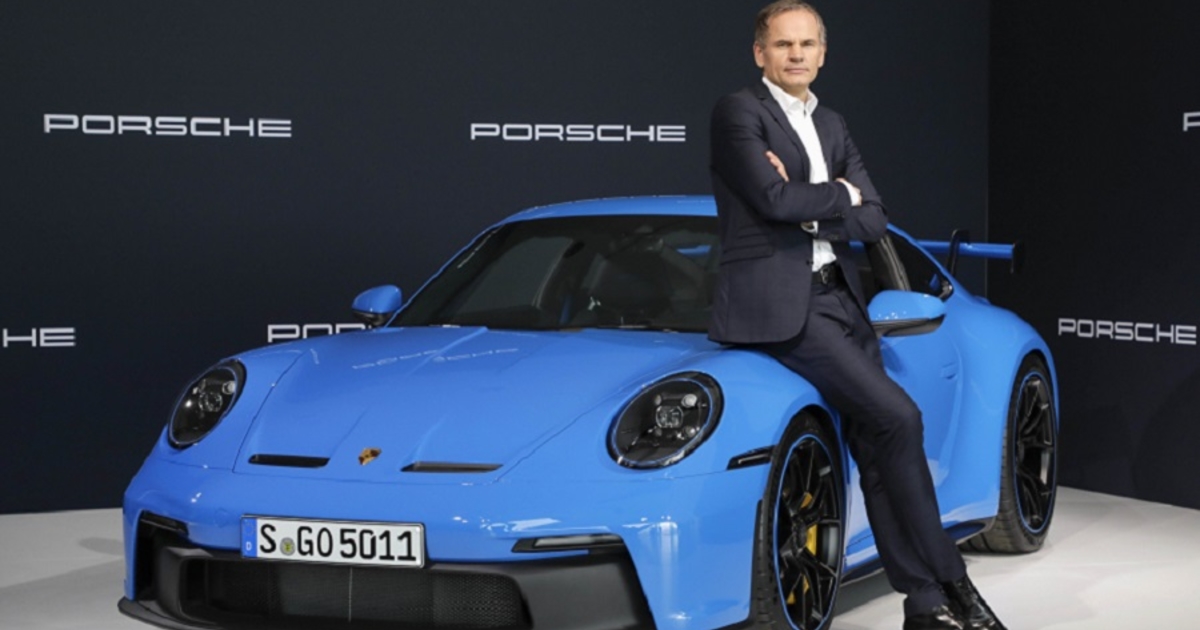 FRANKFURT — The appointment of Oliver Blume as the next boss of Volkswagen Group heralds a change in management style that is expected to replace the erratic and unpredictable attitude of his predecessor with a more team-based culture.

A long-time Volkswagen executive who joined the carmaker in 1994, the 54-year-old Blume has hammered home the importance of teamwork and bringing workers into decision-making in nearly every interview he has given — a contrast to current CEO Herbert Diess’ confrontational attitude.

Blume, who has been CEO of Porsche since 2015, will replace Diess as VW Group CEO on Sept. 1 while remaining in charge of Porsche, VW said on Friday.

“Oliver Blume is a team player, who does not push himself into the limelight,” a source close to Blume said. But if there is no consensus, he is not afraid to have the last word, the person said.

Blume’s position that has been elevated further recently following the announcement of plans to list Porsche later this year in a potential mega-IPO.

By successfully running the sports car maker for years, he has earned the trust of the Porsche and Piech families, who control VW Group’s largest shareholder, Porsche Automobile Holding SE, The families hold more than half of the voting rights in VW Group, effectively giving them full control.

The Porsche brand is Germany’s most profitable car maker and the cash cow of the group. It has a 16 percent profit margin which it aims to boost to over 20 percent in coming years.

Blume will take over from Diess at the helm of VW Group to establish a “leadership culture that makes teamwork a top priority,” VW said.

That is something Diess has struggled with.

It is unclear whether Blume’s consensus-driven approach will succeed with Volkswagen’s powerful works council, which has been a constant source of trouble for Diess in his attempts to push through reform.

It also remains to be seen whether Blume will be as much of an electrification purist as Diess, who advocated for focusing exclusively on battery-electric vehicles.

Though Blume has overseen the production of Porsche’s first full-electric vehicle, the Taycan, he has also shown interest in other low-carbon technologies, investing in a wind-powered e-fuels production facility in Patagonia.

A separate source close to Blume, whose previous postings included leadership positions at VW Group divisions Seat and Audi, described him as “not a revolutionary who wants to completely turn things around.”

A person familiar with the plans said that Blume’s appointment as VW Group CEO was not necessarily a sign that the planned listing of Porsche would be delayed or pulled, even as investor skepticism regarding the IPO has slowly started to creep in.

Also, the fact that he will run both Volkswagen and division Porsche, which will be two separately listed entities if the IPO plans materialize, is not going down too well with all investors.

“We do not think this is a good idea, as both organizations will need clear and present leadership in upcoming months,” Bernstein’s analyst Daniel Roeska wrote.