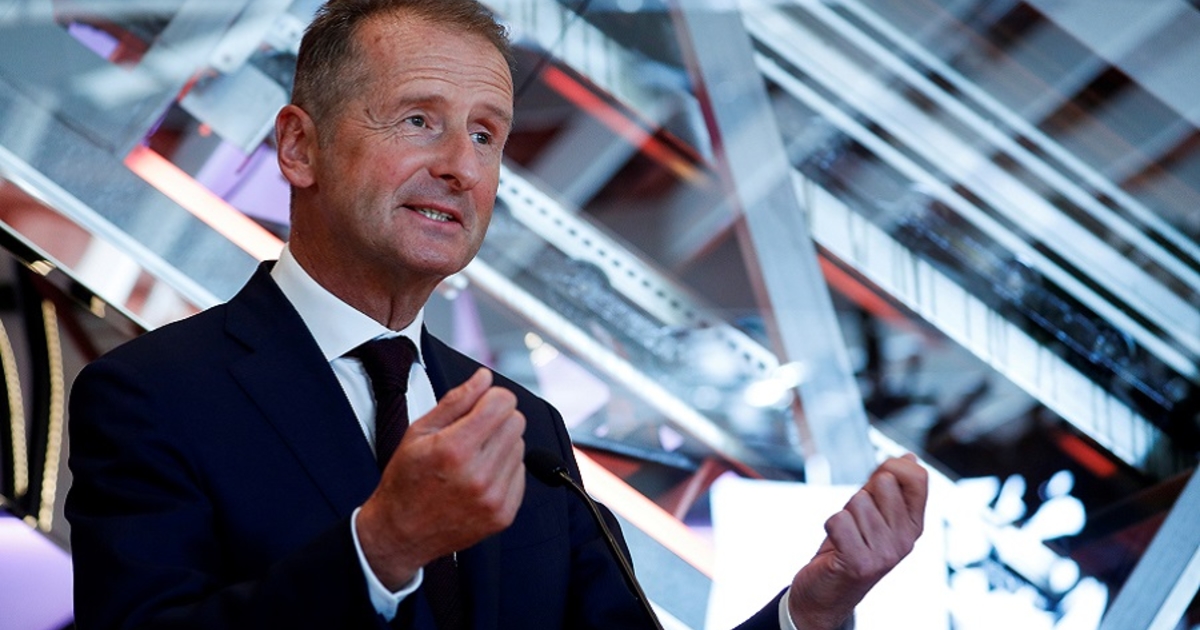 FRANKFURT — Volkswagen Group CEO Herbert Diess is stepping down and will be succeeded by Porsche boss Oliver Blume.

Diess is resigning “by mutual agreement,” VW said on Friday.

Blume will continue his role as the head of the Porsche brand, flanked by VW’s current Chief Financial Officer Arno Antlitz, who will assume the position of chief operating officer.

The changes come into effect on Sept. 1, VW said.

Diess’ future at Volkswagen has been in doubt on multiple occasions during his four-year stint as CEO, most recently late last year over clashes with the company’s powerful works council about his electrification strategy and management style.

His departure comes as the company is pushing to beat Tesla at becoming the world’s top electric vehicle maker, catch up on software and execute an IPO for the Porsche sports car brand.

Blume said in a statement: “My focus will be on the customers, brands and products.”

Diess, 63, was hired away from BMW in 2015, shortly before VW admitted to rigging millions of diesel vehicles to cheat on emissions tests. He has arguably pushed the most aggressive electrification effort among legacy car manufacturers, earning plaudits from the likes of Tesla CEO Elon Musk.

Blume, 54, has been touted as a potential successor to Diess for some time, even though any changeover was seen some time off after Diess’s contract was extended until 2025.

Blume started at VW Group in 1994 as a trainee at Audi, then rose through the ranks at Seat and the VW brand before joining Porsche in 2013 as head of production.

Diess initiated an ambitious push into battery-cell production and got backing for the IPO of Porsche, which is planned for the fourth quarter.

At the same time, he occasionally allowed friction with VW’s unions and other stakeholders to spill over into public. He likened VW to a “tanker” with “old, encrusted structures” in need of breaking up, vowing to modernize the company and move more quickly.

Sources with knowledge of the matter said the Porsche and Piech families, who own over half the voting rights and a 31.4 percent equity stake in Volkswagen, pressed for a change at the helm.

VW’s board is betting Blume will be a more collaborative and stable leader, sources said.

“Diess was incorrigible. He significantly changed Volkswagen – for the better. But his communication was miserable,” one source said, asking not to be named.

Cox Automotive executive analyst Michelle Krebs said the turmoil around Diess had perhaps become a distraction at VW. “It shouldn’t be a surprise because his tenure has been rocky and controversial,” she said.

Diess becomes the latest in a long line of leaders undone by VW’s complex hodgepodge of power centers. Skirmishes between the automaker’s controlling shareholder family, trade union and the German state of Lower Saxony that holds a significant stake have undermined performance and ended careers.

“Herbert Diess has strategically geared Volkswagen group toward electromobility,” Wolfgang Porsche and Hans-Michel Piech, leaders of the family with majority voting rights at VW, said in a joint statement. “It is to his particular credit that the Volkswagen group today is in a strong position for further transformation.”

Bernd Pischetsrieder, Volkswagen CEO from 2002-2006, and Wolfgang Bernhard, VW brand chief from 2005-2007 were forced out of their jobs after repeated clashes with VW’s works council.

Works council chief Daniela Cavallo had warned that support for the extension of Diess’ contract would depend on whether he could keep Volkswagen at the forefront of Europe’s car industry.

In what could be taken as a warning to Diess’ successor, Cavallo said in a statement on Friday that “job security and profitability are “equally important.”

Reuters and Bloomberg contributed to this story