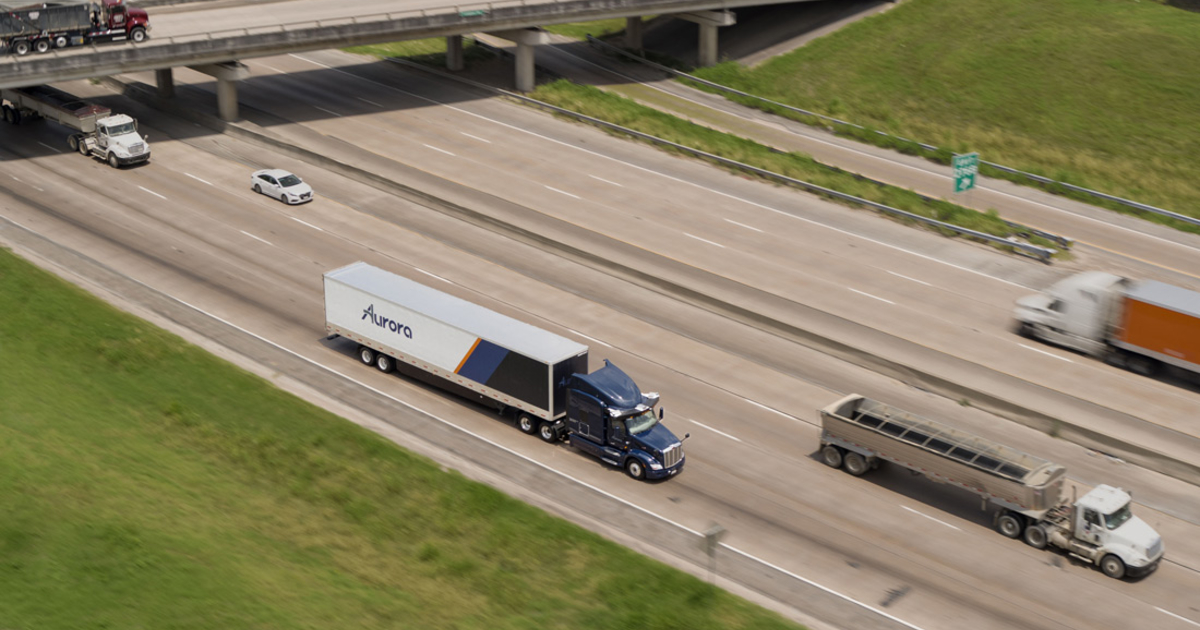 With nagging driver shortages and a dramatic increase in home delivery, commercial trucking and logistics are key and potentially lucrative applications for autonomous-vehicle technology. But first, AV developers must prove to freight companies, government regulators and the public that their self-driving technology is fail safe.

What happens if something goes wrong with a self-driving big rig or autonomous Amazon delivery van, for example, and there isn’t a driver on board or even remote control to safely pull the vehicle off the road?

For AV tech company Aurora Innovation, the answer is a Fault Management System designed to detect issues with the company’s self-driving system and safely guide a truck or van from the road sans human involvement.

This year, Aurora said it would demonstrate a third-generation beta version of the system in the third quarter. Last week, the company revealed it was “a quarter ahead of schedule.” In June, Aurora says it successfully demonstrated the Fault Management System on an Aurora-powered Peterbilt 579 Class 8 truck operating on public roads at highway speeds.

Aurora’s Fault Management System constantly monitors the vehicle and its self-driving systems, including on-board computing, software and sensors. If an issue is detected, the system will steer the vehicle to a safe location where it can pull over until the problem can be diagnosed and resolved before resuming operation.

Aurora tested its Fault Management System on Interstate 20 outside Fort Worth, Texas, by having engineers initiate artificial faults that the company’s self-driving system, the Aurora Driver, read as damaged sensors. The Fault Management System reacted by triggering the Peterbilt’s hazard lights and slowing it until it could safely pull off the road.

The company developed the Fault Management System to handle such issues not only on a Texas interstate but also “in complex on-road environments, including ones in which there is no accessible road shoulder,” an Aurora spokesperson told Automotive News.

If the Aurora Driver detects a system fault and there is not a safe place to pull over right away, such as on a narrow mountain pass without a wide enough shoulder or in a construction zone, the Fault Management System will activate the truck’s hazard lights and either drive the vehicle to the next safe place to pull over or, if needed, slow to a stop on the road.

Aurora said the company met this milestone earlier than expected because it is ahead of schedule on safety research. This is a result, in part, of its Virtual Testing Suite, an in-house simulation tool that checks new capabilities before they’re deployed in the real world. In the case of the Fault Management System, Aurora said it conducted hundreds of thousands of simulation tests before its demonstration in Texas in June. The company has long viewed its simulation tech as a core strength and differentiator.

Aurora also said it has made system development the core of its Fail-Safe principle.

“Most of the time, we talk about these sexy machine-learning, computer-vision types of problems, which are obviously important,” Aurora CEO and co-founder Chris Urmson said in May. “To actually have a commercially viable product, you have to deal with what happens when the product breaks in some way.”

Aurora is not alone in both pushing to develop fail-safe, self-driving big rigs and demonstrating the technology in the real world. In May, Kodiak Robotics conducted a public demonstration by disabling an ethernet cable that’s part of its self-driving system and showed a video of a Class 8 truck with its technology pulling onto the shoulder along Interstate 45 near Dallas. Google offshoot Waymo says it regularly tests its trucks in minimal-risk conditions on closed courses, planning for trucks to either pull to the shoulder or off the road at the nearest exit.

“Our Fault Management System enables the Aurora Driver to responsibly handle a range of on-road circumstances — detecting, diagnosing and responding to system issues with a focus on safe, reliable driving,” Nat Beuse, the company’s vice president of safety, wrote in an email to Automotive News. “This development is part of our comprehensive, responsible approach to safety, and a core component of how we will deploy autonomous vehicles for commercial use.”