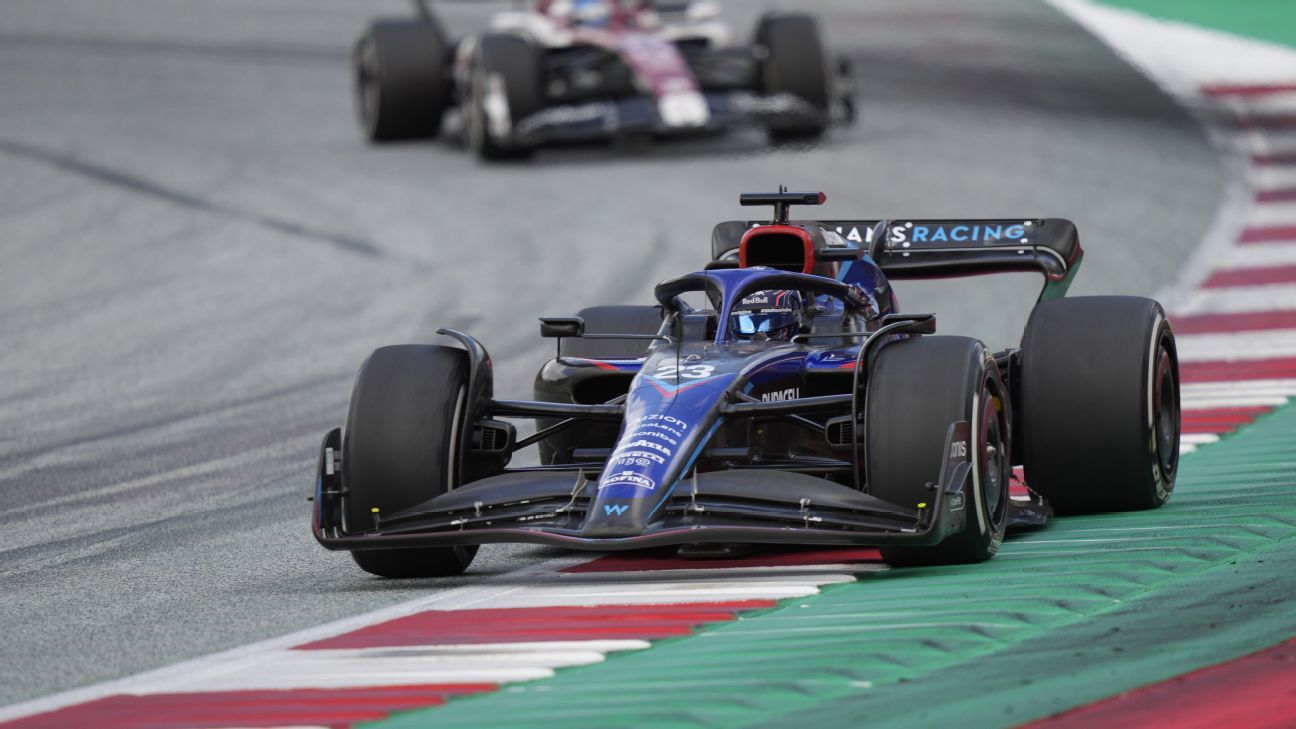 Nicholas Latifi will have the same performance upgrades on his car as his Williams Formula One teammate Alex Albon at this weekend’s French Grand Prix.

The team said on Tuesday it now had parts for both cars after Albon tried them out in Britain and Austria.

“Although the weather in Silverstone and the Sprint format in Austria were not ideal for testing, we have seen enough encouraging feedback to be confident that we have taken a step forward,” Dave Robson, head of vehicle performance said.

“With the weather likely to be warm, dry and stable this weekend, we’ll look to use Friday’s running to get Nicky up to speed with the new parts and also to continue to understand how best to exploit the performance of the new package.”

Williams are last in the constructors’ standings with three points, all scored by Albon.

Canadian Latifi, whose position at the team beyond this season is uncertain, is the only driver on the grid yet to score with the 22-race championship now entering its second half at Le Castellet.

“We’ve seen some positive signs from it [the upgrade package] on Alex’s car so far, so I’m looking forward to getting my first taste,” Latifi said.

“Hopefully it can bring us that extra bit of relative pace that we’ve missed and put us more in the fight.”

Dodge will discontinue its Challenger and Charger muscle cars next year
Lincoln L100 Concept imagines a welcoming autonomous EV of the future
GM adds CEO of luxury fashion company to board
UK sets out roadmap for self-driving vehicle usage by 2025
Dodge brings back Durango Hellcat for 2023, will offer 7 Challenger and Charger heritage models