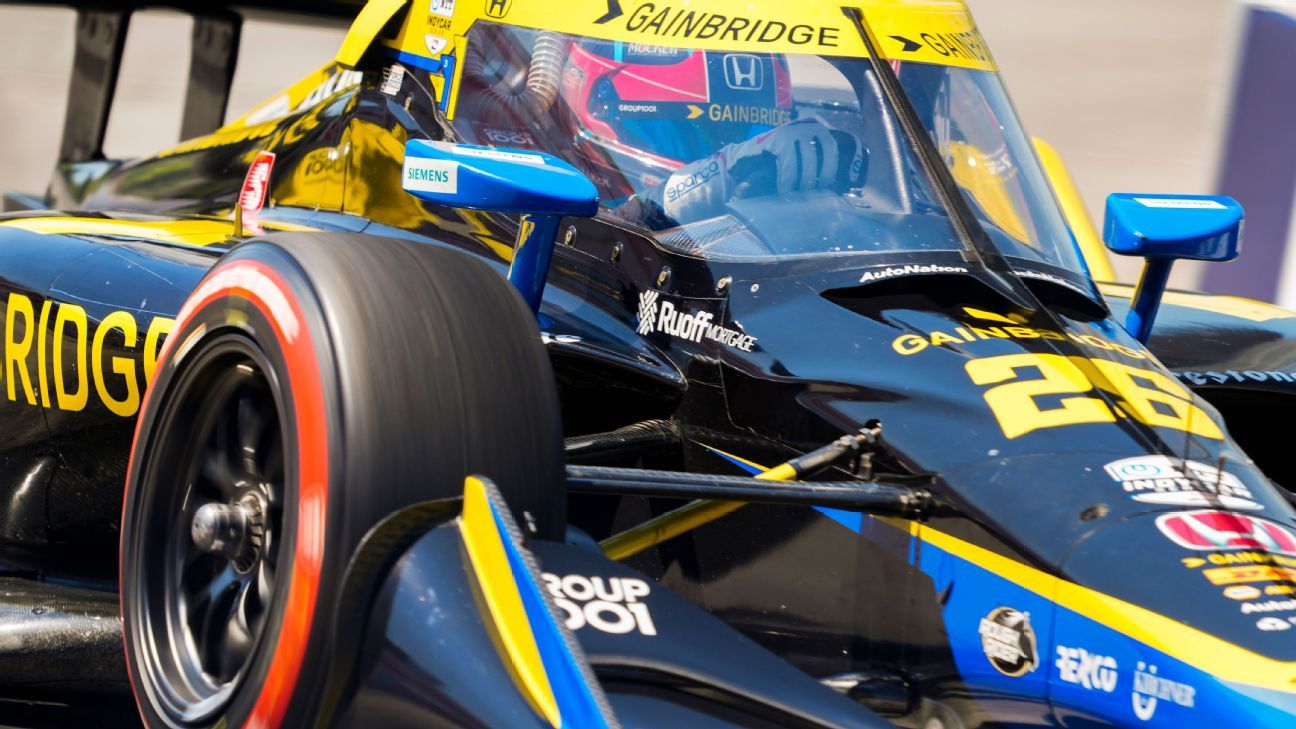 The Californian will start from the No. 1 spot for the ninth time in his career and first since competing in Long Beach, California, in April.

A different driver captured the top starting spot in each of the series’ first nine races, and rookie David Malukas had a chance to make it 10 straight. Instead, he will start a career-best fifth.

Herta barely edged out six-time series champ Scott Dixon, whose best time on the bumpy 11-turn, 1.786-mile course came on his last lap of the day. Dixon was clocked at 59.3592. Two-time series winner Josef Newgarden will start third after going 59.5257 seconds despite tapping the wall in the sixth turn before parking the No. 2 Chevrolet for Team Penske.

Herta will be joined near the front of the 25-car field by Andretti Autosport teammate Alexander Rossi. The 2016 Indianapolis 500 winner qualified fourth, a run that could finally end two weeks of banter between Rossi and teammate Romain Grosjean since the two crashed into one another at Mid-Ohio.

Dixon’s strong performance also could help Chip Ganassi Racing after a week in which it announced defending series champion Alex Palou would remain with the team in 2023. The first Spanish driver to win the series title later said he was leaving CGR to join the McLaren team next season and struggled after crashing in Saturday’s morning practice session.

Palou’s car stopped on the track during the first round of qualifications, bringing out a red flag and dropping him to 22nd.

If Dixon wins Sunday’s race, he will tie Mario Andretti (52) for the second-most career wins in IndyCar history. A.J. Foyt holds the record with 67.