What do you get when you combined a Pontiac Solstice with an original Pontiac GTO? The answer is this, a weird mashup between the two that you may love or you may hate.

This particular Solstice appears to have been built in the U.S. quite some time ago but only recently came across our radar. It seems to be the only Solstice of its kind and looks to have been hand-crafted. 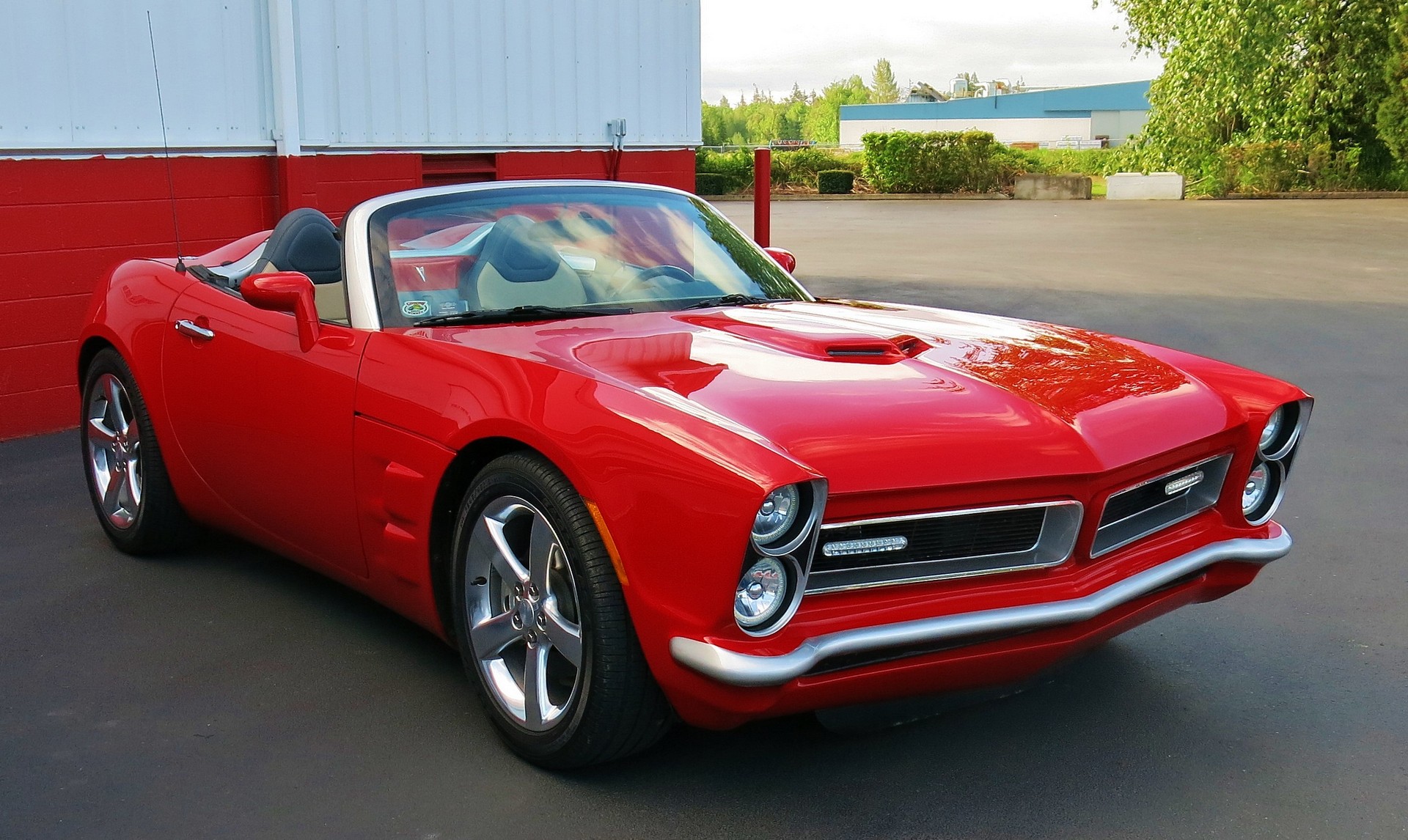 From the rear, this Solstice looks just like any other. However, when you look at it from the front, you’ll immediately recognize that the standard fascia has been removed and replaced with one inspired by the original Pontiac GTO. As such, the curved bumper, kidney grilles, and teardrop-shaped headlights of the Solstice have been replaced with a much more upright fascia housing twin air intakes, a silver bumper, and quad stacked headlights. In transforming the sporty two-seater, the owner has also slotted on a hood very similar in shape to that of the GTO.

We’re not sure how we feel about the finished product. On one hand, the GTO-inspired fascia appears to have been well made and would have taken quite some time to get right, so we have to tip our hat to whoever made it work. On the other hand, the shape and design of the front clashes with the rest of the Solstice, in particular its voluptuous rear end and the pronounced buttresses on the decklid. What do you think of it?

Hat tip to Custom_Cab for the photos!