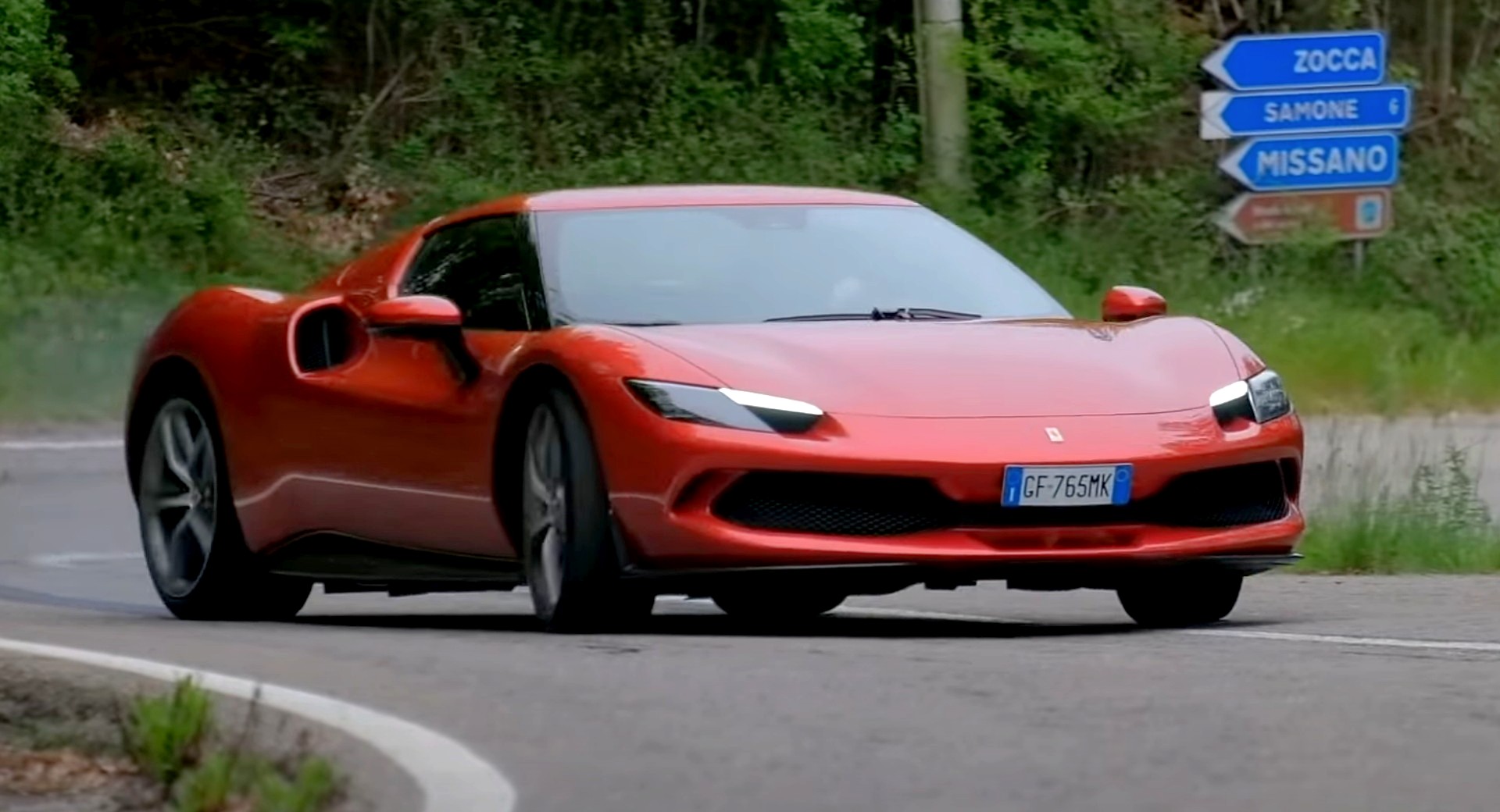 We have already seen plenty of video reviews of the Ferrari 296 GTB but the latest one coming from Greek automotive journalist Michael Georgiadis has a few aces up its sleeve. The supercar was driven really hard on wet B-roads in the Italian countryside, proving that it is an absolute weapon in the hands of an experienced driver, on and off the track.

Driving like a lunatic on public roads is not something that should be encouraged, but this video review by Gocar was filmed in a supervised and safe manner, using closed sections of the road.

Also Watch: Ferrari Puts The New 296 GT3 Racer Through Its Paces At Fiorano

It is a real blast to see the 296 GTB being used in the right way, with the driver throwing it into the tight corners at speed. Most of us wouldn’t dare on exploring the limits of a hybrid Ferrari on a slippery road but Michael who has driven plenty of supercars in the past has the confidence and the ability needed for the stunts. As you can imagine, hooning such an expensive press car is fun and terrifying at the same time, with the driver saying: “this is not your typical review, this is a horror film”.

The review is in Greek, but thankfully the video comes with English subtitles for those who are interested in the driver’s verdict on the supercar. The Ferrari 296 GTB, originally introduced in 2021, is supposed to be the entry-level hybrid in Maranello’s lineup. However, with a combined output of 819 hp (611 kW / 830 PS) from the mid-mounted twin-turbo 2.9-liter V6 and an electric motor, it brings another level of performance compared to its ICE-only, V8-powered predecessors. Thankfully, electrification didn’t steal any of the drama in terms of driving dynamics, making us hopeful about Ferrari’s future.