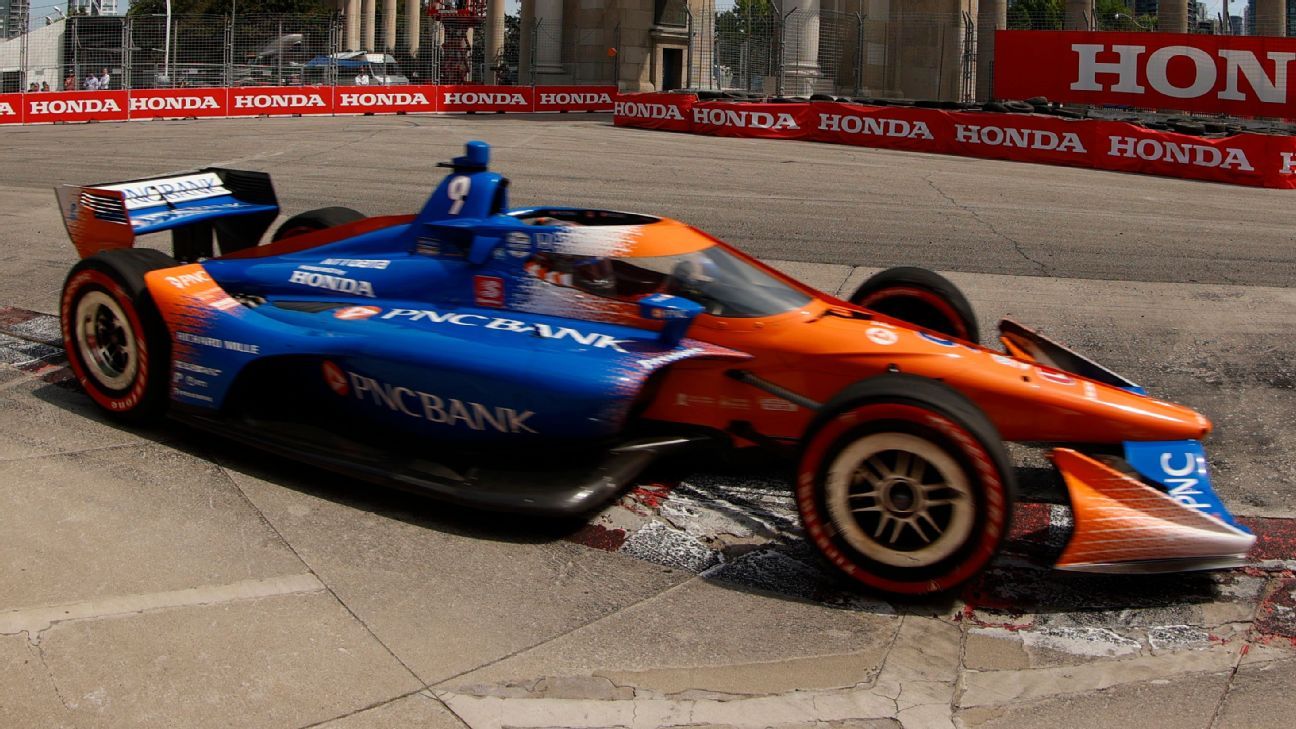 TORONTO — Scott Dixon had been waiting more than a year to join Mario Andretti in second place on IndyCar’s career wins list. The only one ahead of him now is A.J. Foyt.

The six-time series champion finally snapped a 22-race winless streak Sunday when he held off pole sitter Colton Herta and Felix Rosenqvist on a late restart to win in the series’ return to Canada following a three-year hiatus.

Dixon’s 52nd career win came more than 21 years after his first triumph in Pennsylvania — the only one of his career that did not come with Chip Ganassi Racing — and puts him some rarified air. The next victory moves Dixon past Andretti and continues the climb toward Foyt, who holds a record that may never be broken with 67 career wins.

“It’s amazing. Honestly, to be close to Mario — every time I’m asked these questions, I’m so thankful we still have A.J. and him in the pits,” Dixon said. “It’s just fantastic. It’s huge, man. I feel so lucky to be part of this group.”

Herta, who tested for McLaren in Formula 1 earlier in the week, finished second for Andretti Autosport. Rosenqvist was third, Graham Rahal fourth and Marcus Ericsson finished fifth to further pad his points lead.

“It was a very good day for us,” Ericsson said. “We had a good plan, a good strategy. The crew did a great job.”

Just not as good as his Ganassi teammate.

Dixon qualified second and spent the day running up front, despite creative fuel and tire strategies as teams jockeyed for track position early in the race. And the New Zealander, who turns 42 on Friday, was still out front when Jimmie Johnson and Kyle Kirkwood tangled to bring out the final caution and force a restart with 18 laps to go.

Dixon quickly opened a 2-second gap on Herta and never relinquished it, cruising to his fourth career win at Toronto. His first win anywhere since May 2021 at Texas also extended his record streak of at least one every year since 2004.

It also shoved Dixon into the thick of the points race; a seventh championship would match Foyt for the most in history.

“It was a tough drive, man. I don’t know,” Dixon said after exiting the car. “Ended a (winless) streak, which is fantastic. Just so happy for the team. It’s been a crazy year. I still feel extremely bad for the (Indy) 500. It feels so good.”

The win was a breath of fresh air for the Ganassi garage, too, which was thrown into turmoil this week over the contract status of reigning series champ Alex Palou. Ganassi issued a news release Tuesday that said it exercised its option on Palou for next season, only for Palou to refute it and rival team McLaren to announced he’d be driving for it.

Palou recovered from a wreck in practice to finish sixth on Sunday.

Herta’s second-place run over the rough, bumpy Toronto circuit capped a whirlwind week that began with a test in Portugal for McLaren’s F1 program. The road-course ace was fast from the minute the Andretti team unloaded him, qualifying on the pole for the second time this season before nearly capturing his second win.

“Felix was really fast and I’m glad we were able to keep him behind us,” Herta said, “but it looked like a few more laps he’d get us. We struggled a little with tire wear at the end but our car was amazing. One of those races I have to be proud of.”