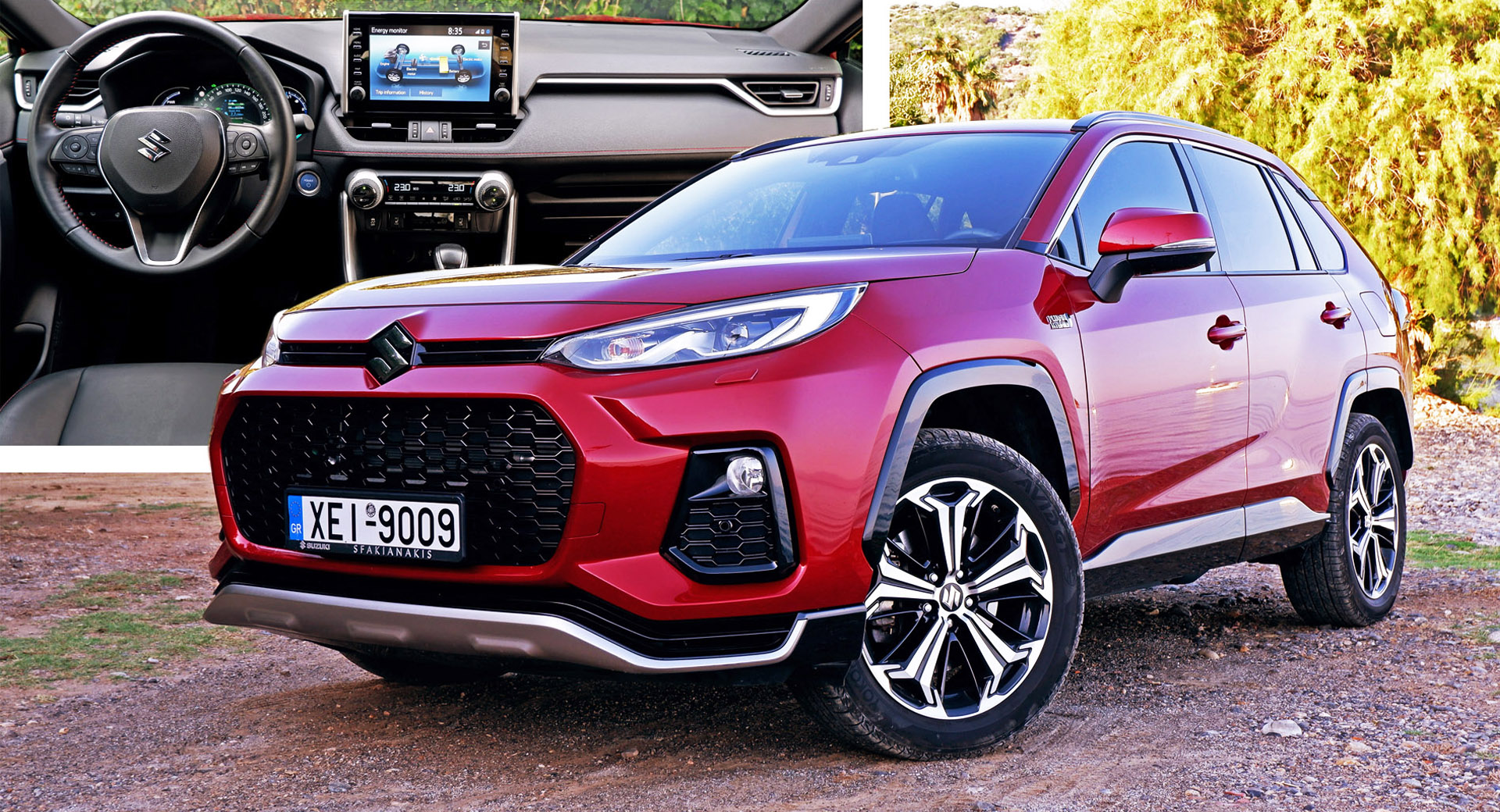 Suzuki is known for offering smaller-sized models, but its European range has an anomaly in the form of a rebadged Toyota RAV4 PHEV / Prime. The Suzuki Across benefits from a punchy and efficient plug-in hybrid powertrain and is offered in a single but well-equipped trim level as an alternative to its twin brother. We recently got the keys of the Across for a full week, driving a total of 1,000 km (620 miles) in different conditions in order to see if the RAV4’s alter ego is worthy of your attention.

Reviewing badge-engineered models means you are constantly trying to find the differences between identical or nearly-identical twins. In this case, the Across shares most of its body panels with the RAV4, with the exception of the front end. The slimmer hawk-eye LED headlights are actually sourced from the China-only Toyota Wildlander, but the sculpted front bumper is unique to the Suzuki, featuring a hexagonal grille, faux intakes, and what appears to be the widest aluminum-style skid plate on the market.

Also Read: The 2022 Honda HR-V e:HEV Is A Premium-Looking But Pricey SUV 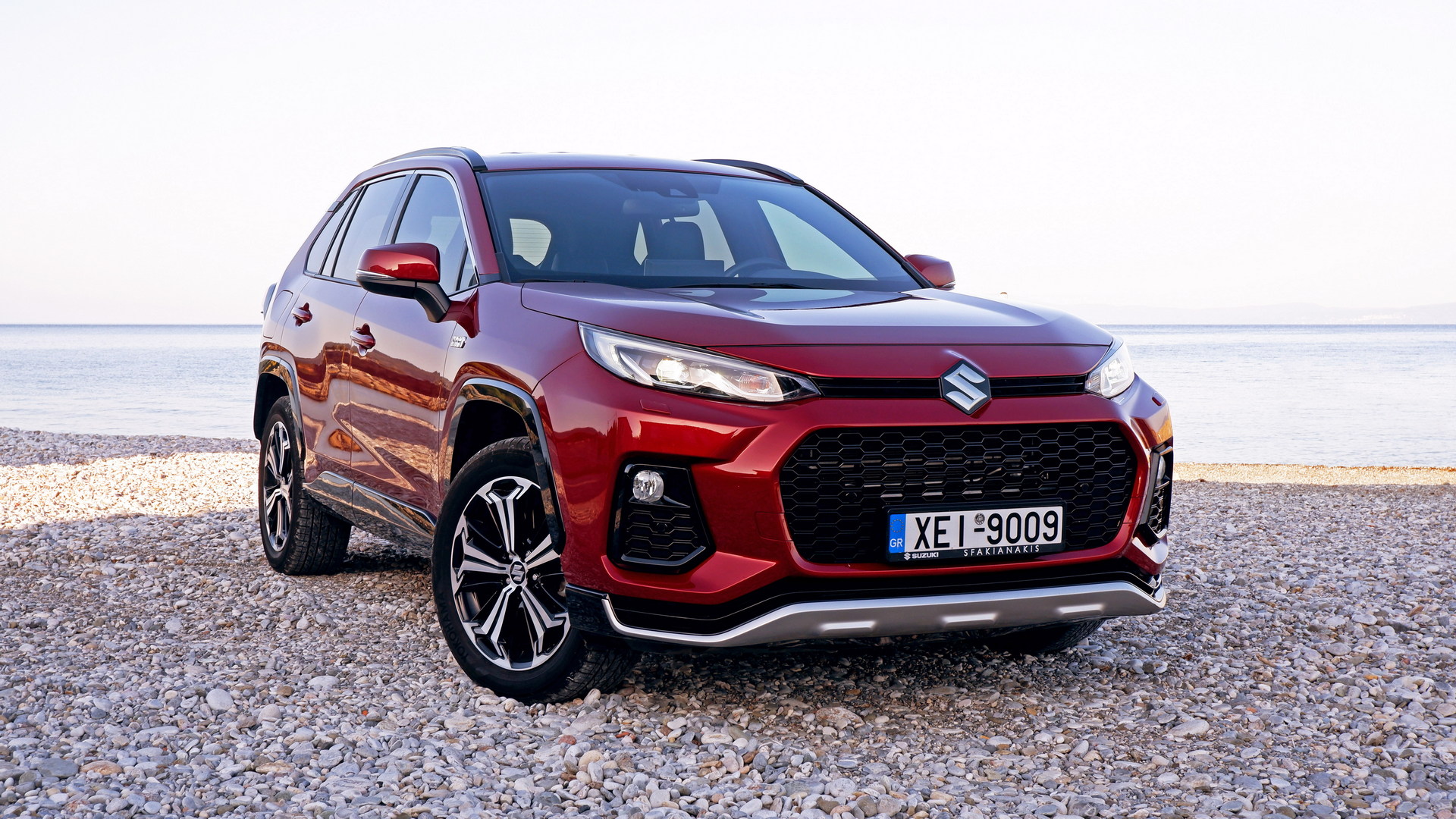 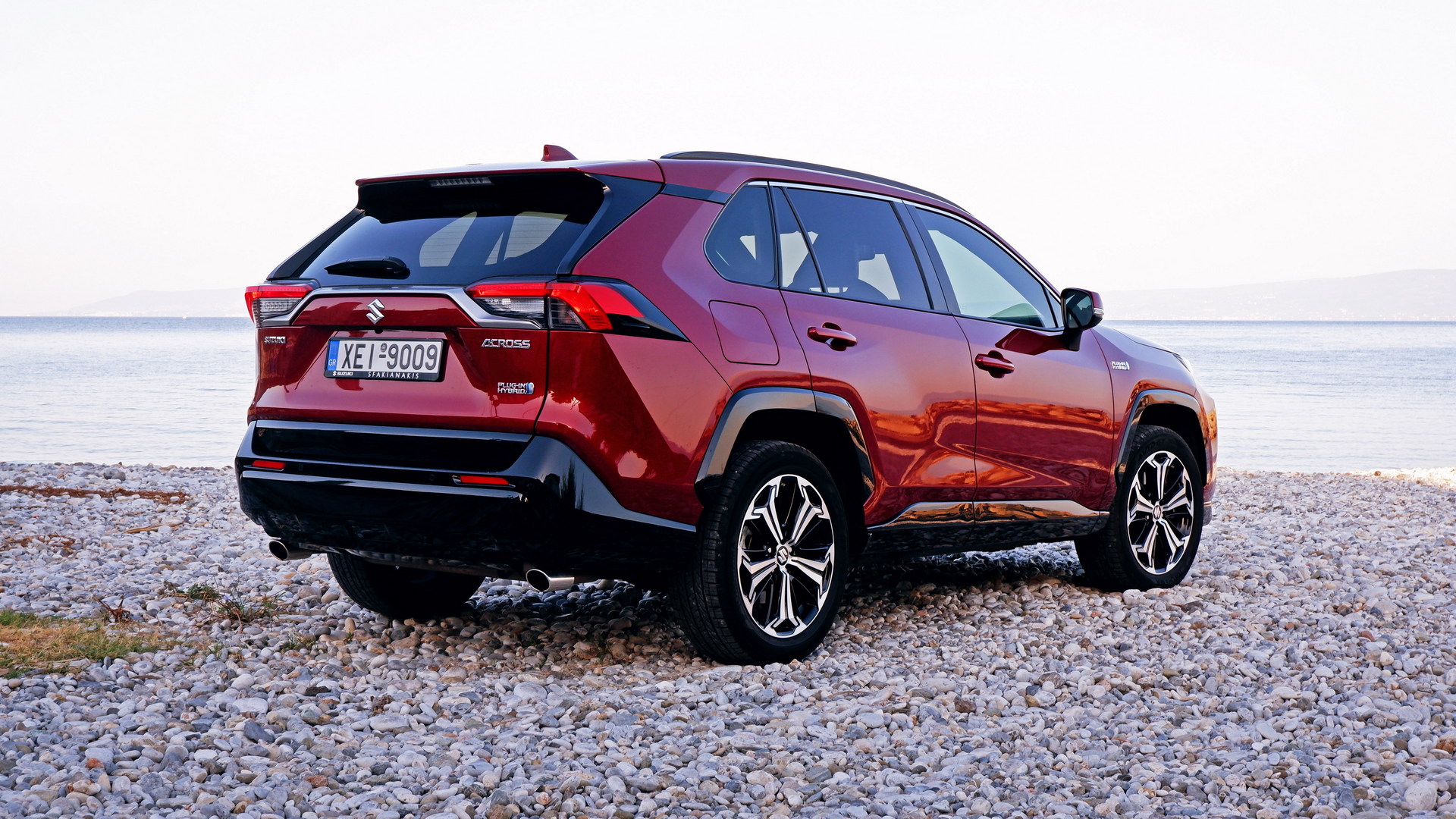 With the exception of the Suzuki badges, the profile and the rear end are identical to the RAV4, including the standard 19-inch wheels. We can’t help but wonder why Suzuki didn’t use the Wildlander’s taillights which would add an extra point of differentiation compared to its Euro twin. In any case, the SUV has a commanding road presence and will turn a few heads trying to comprehend why this RAV4 has a different front end.

Measuring 4,635 mm (182.5 inches) long, the Across is 35 mm (1.4 inches) longer than the RAV4 due to the redesigned front bumper. This places it at the top of the Suzuki-branded SUV food chain, well above the Vitara and the S-Cross, although it is slightly shorter than the Swace estate – itself a rebadged Toyota Corolla Cross. The Suzuki Across would be classified as a compact SUV by US standards, and in Europe rivals models like the Honda CR-V, Mitsubishi Outlander, Nissan X-Trail, Peugeot 5008, Skoda Kodiaq, VW Tiguan Allspace, and Subaru Forester.

The Deja-Vu Continues Inside The Cabin 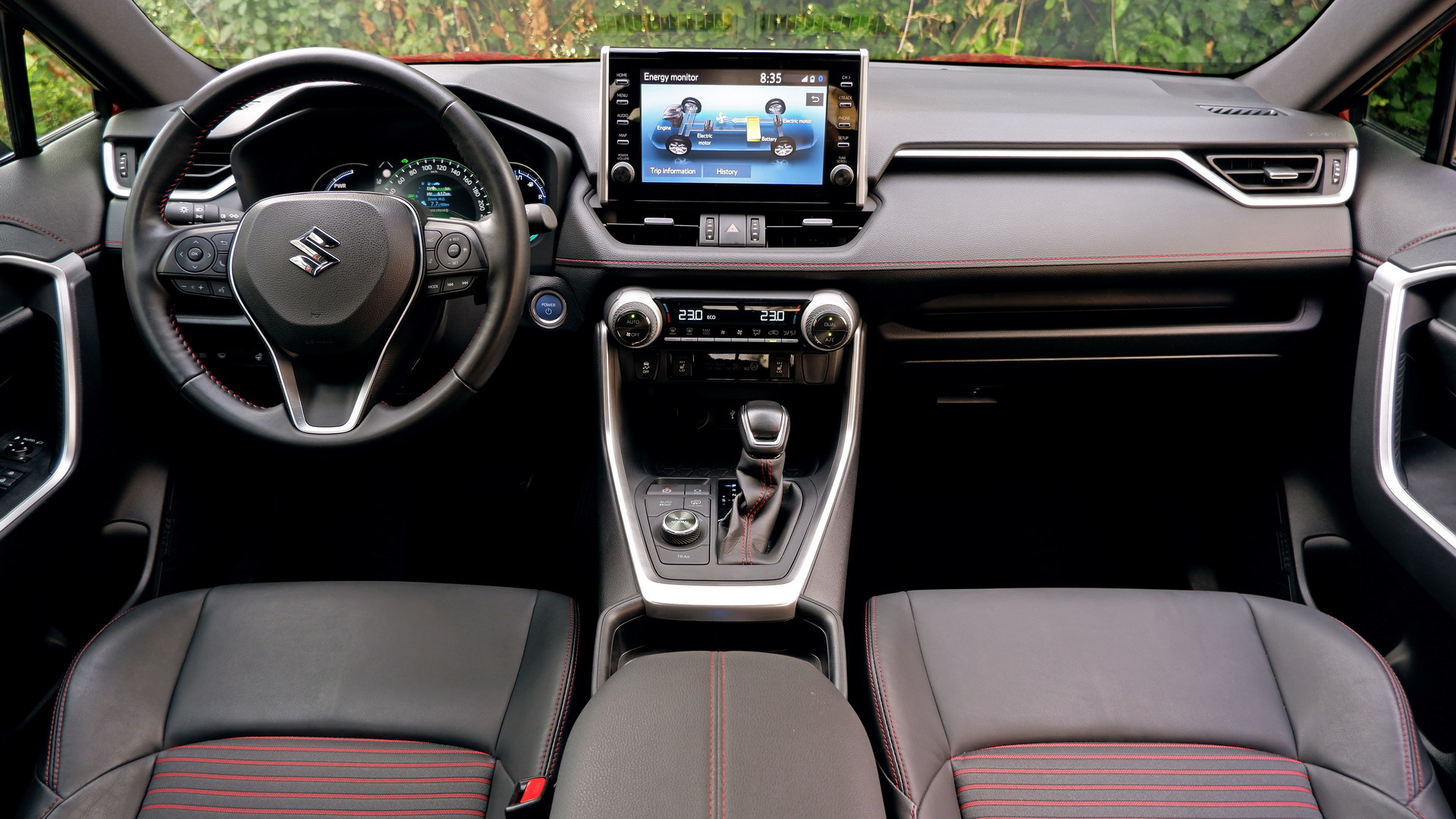 Moving inside, the only changes compared to the Toyota sibling are the Suzuki emblem on the steering wheel and the Across lettering on the speakers. The Across was introduced in 2020, but the fifth-gen RAV4 has been around since 2018. Thus, there are a few elements that have started to feel dated, like the 7-inch screen in the instrument cluster which is not as modern or as configurable as the 12.3-inch digital instrument cluster in the recently facelifted EU-spec RAV4, or newer rivals.

The infotainment gets a standard 9-inch touchscreen which is easy to use with a simple menu structure, although don’t expect any fancy features other than the media, some uninspiring graphics explaining the operation of the plug-in hybrid powertrain, and smartphone connectivity, with the navigation shortcut being left there just for show. Thankfully, the wired-only Android Auto / Apple CarPlay are there to help, transforming the user experience with smartphone mirroring by integrating Google Maps and many other applications. 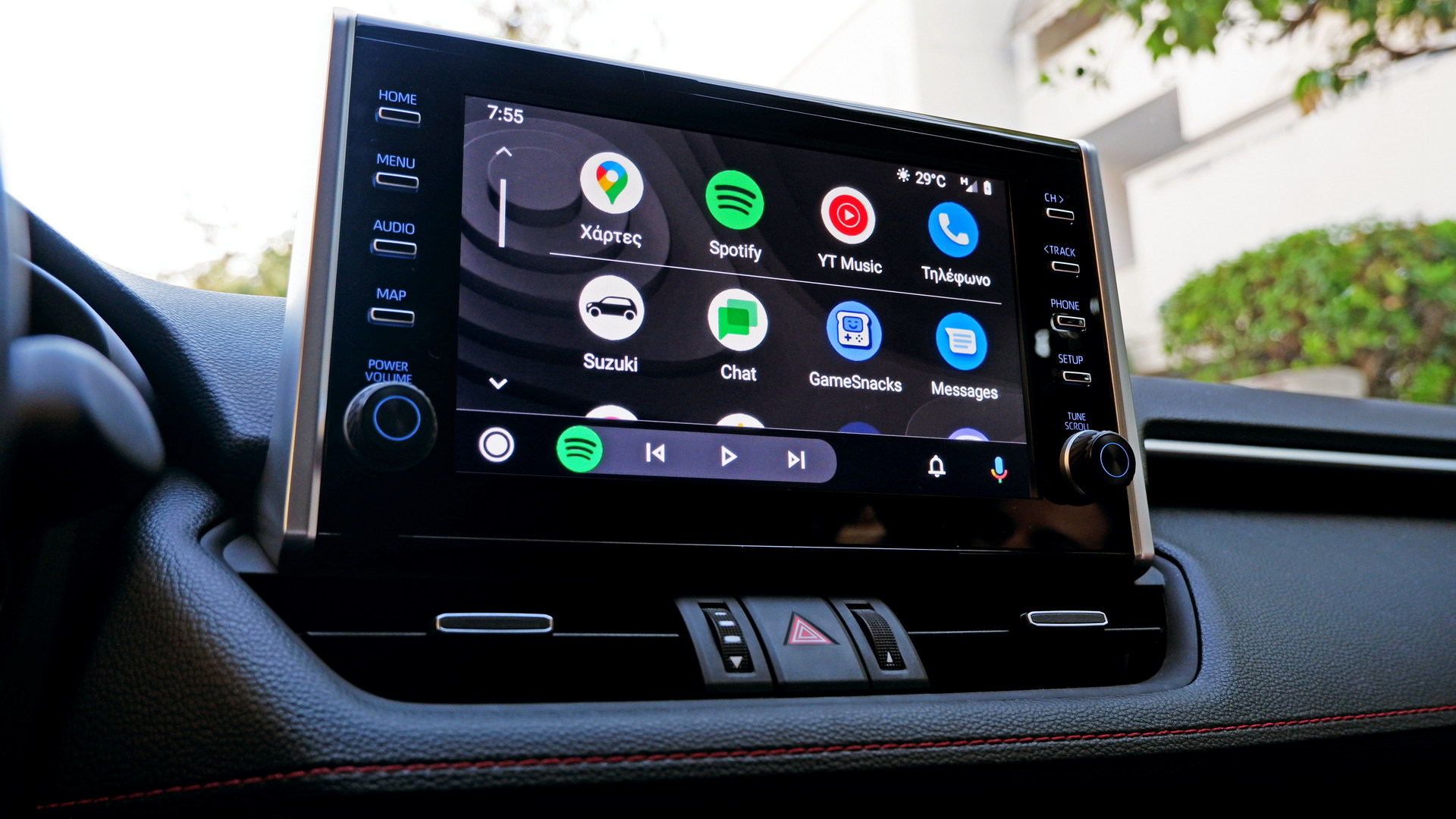 The GLX trim, which is the only option in the Suzuki Across range, comes standard with dual-zone air-condition, heated seats, heated steering wheel, AC vents and USB slots for the rear passengers, electric tailgate, and synthetic leather upholstery with contrasting stitching. Despite having all that equipment and being well put together, the interior of the Across doesn’t feel as premium as you would expect from a model in this price range, resembling more of a high-spec mainstream offering which is exactly what we are dealing with. We must admit though that the rubbery knobs for the media system and the climate controls are great, and the high quality of all physical buttons is a lot better than the plasticky feeling you get from some of its competitors.

In terms of roominess, there is plenty of space for up four adults, with a fifth person in the middle of the second row having to deal with the plastic step on their feet. Rear legroom is not as generous as in the Skoda Kodiaq, but it is definitely more than enough for comfortable trips in combination with heaps of rear headroom. The tinted windows make it a bit dark inside on cloudy days and it would be nice to get a sunroof that isn’t available as an option. 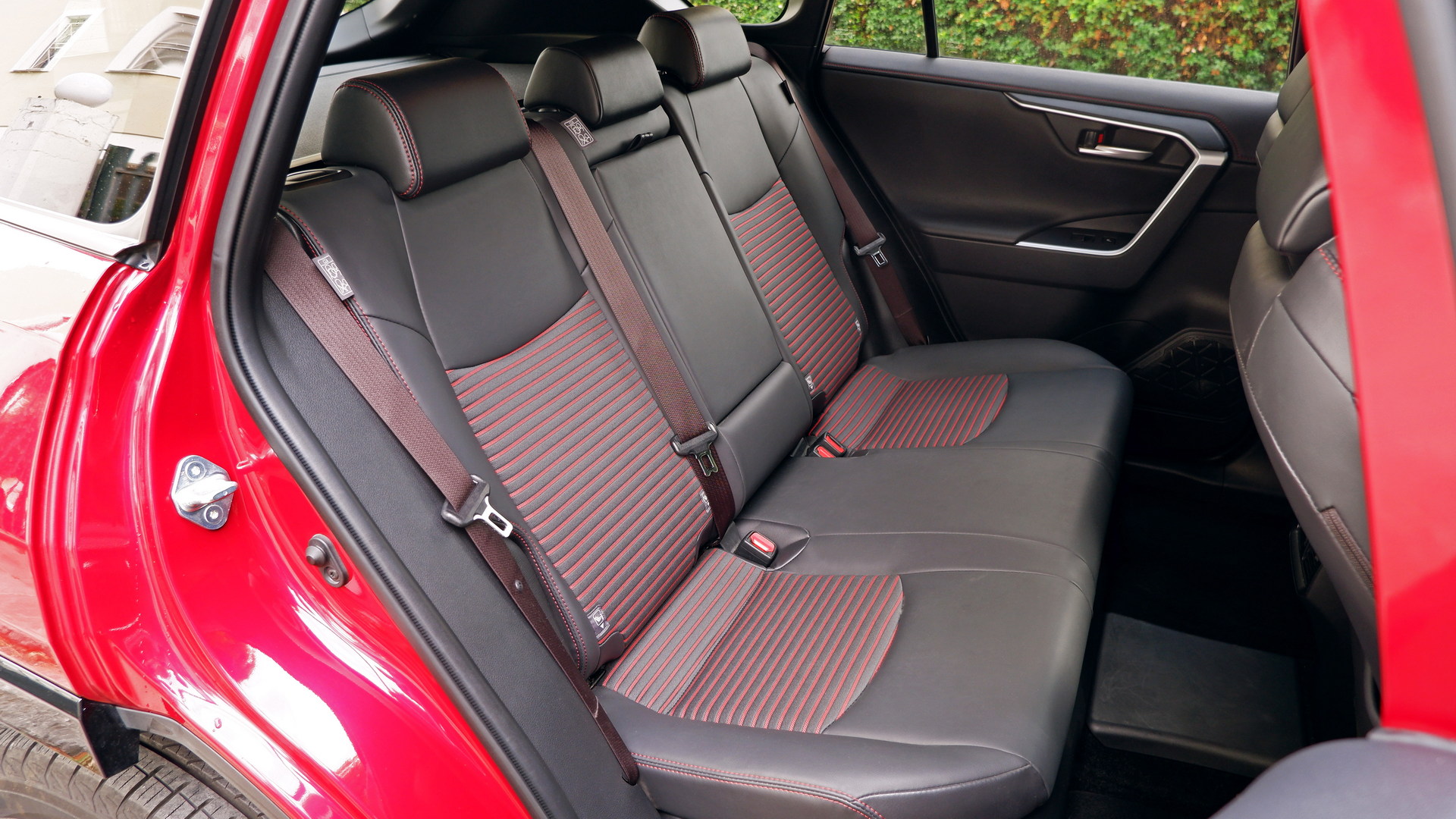 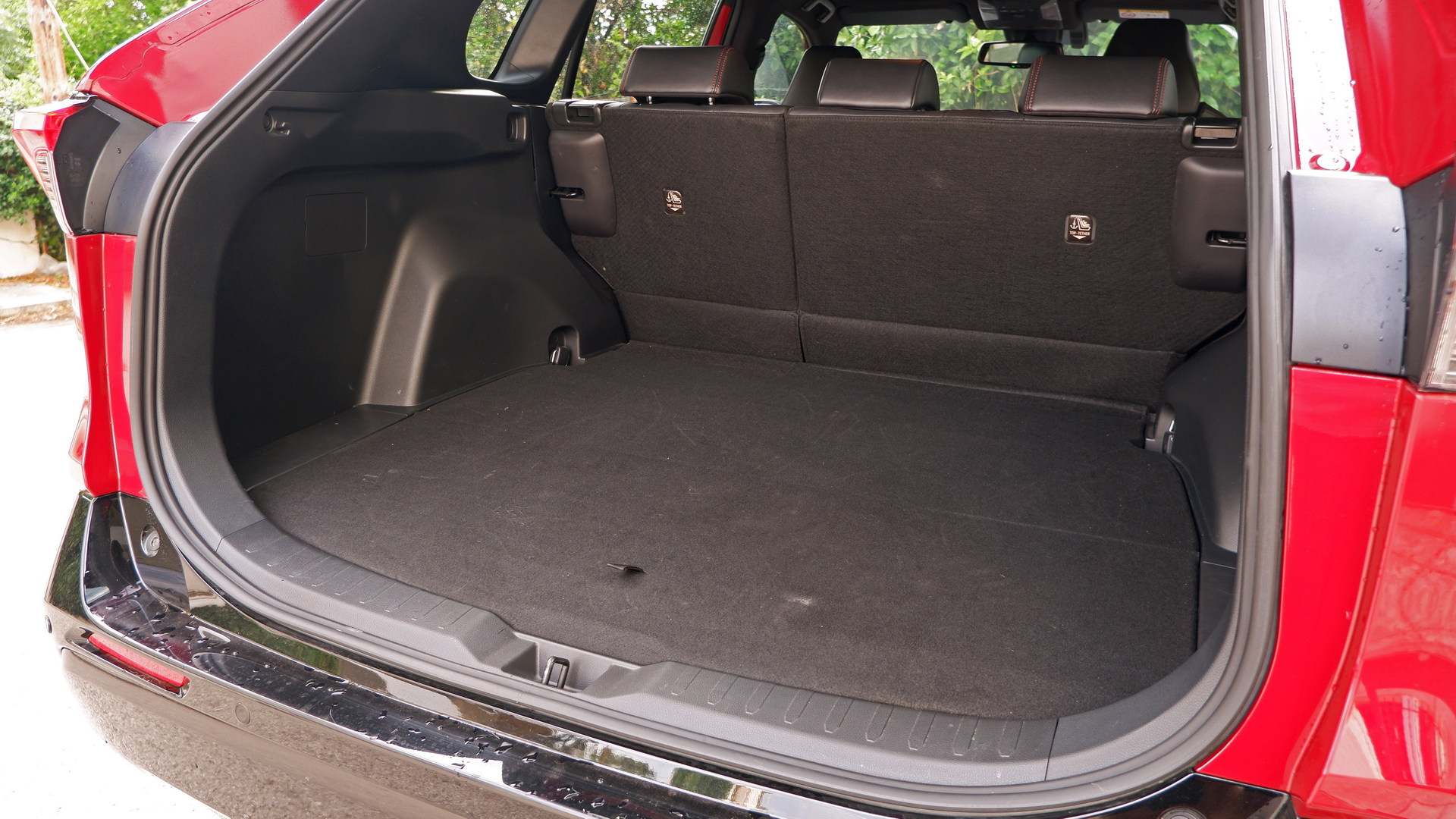 Practicality is better than your average SUV, with a rubbery tray on the dashboard for keys and smartphones, large door bins that can hold bottles, a deep storage compartment under the central armrest, seatback pockets and a total of four cupholders. Due to the PHEV system, the boot has a capacity of 490 lt (17.3 cubic feet) and doesn’t come with extra storage underneath in favor of a spare tire. However, the shape of the cargo area is very practical, with the rear seats folding flat and a regular 220V power outlet on duty.

Suzuki didn’t bother to make any changes in the powertrain and driving dynamics so this part of the review also stands for the identical RAV4 PHEV / Prime. Of course, this is not a bad thing, as Toyota’s plug-in hybrid system is one of the best there is. Suzuki’s goal with the Across was to reduce the average emissions of its fleet, but the model brought much more to the table other than its 22g/km CO2 figure, offering an impressive mix of efficiency and performance. 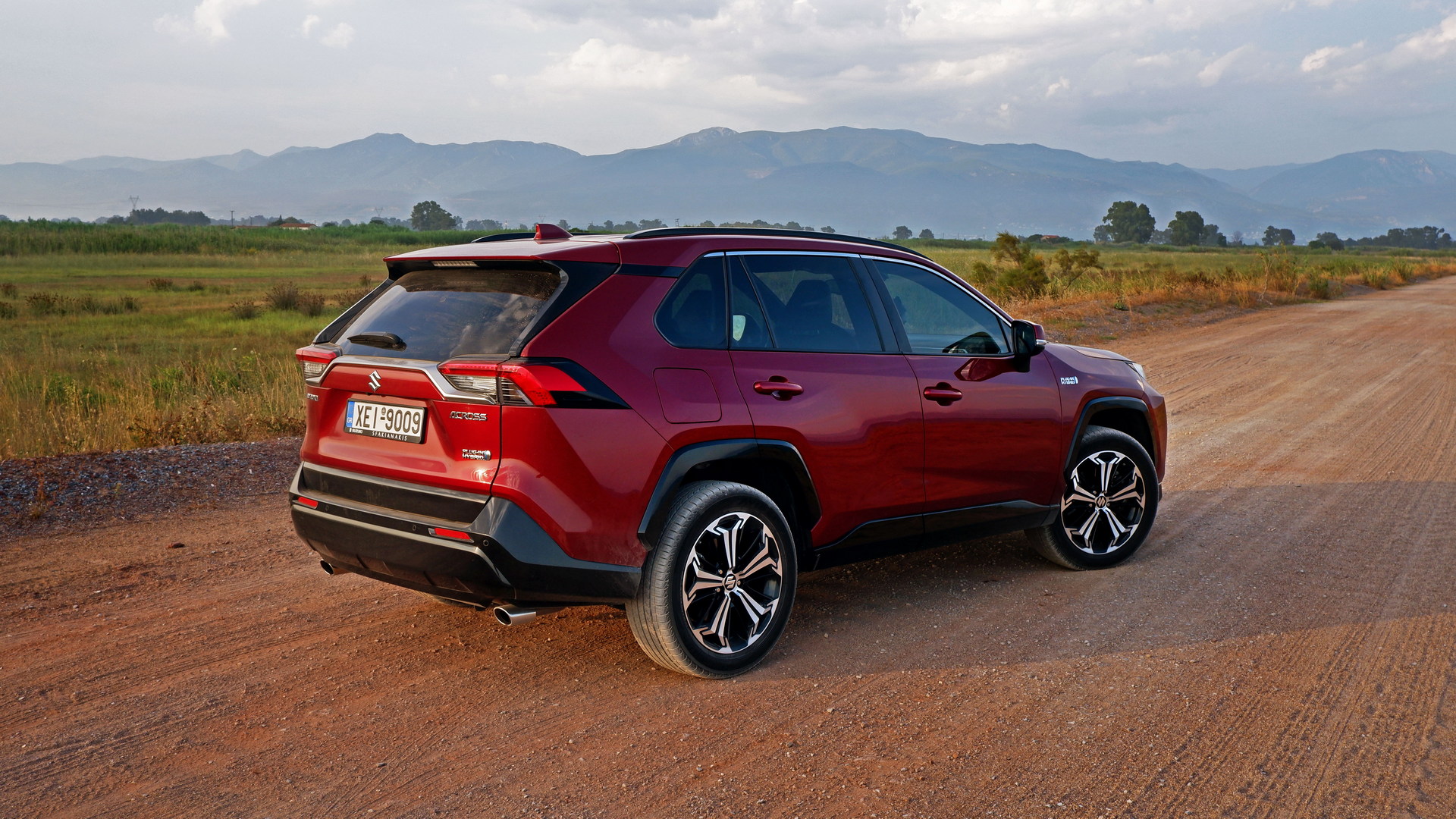 In EV mode, the Across feels like a zippy fully electric SUV. The front-mounted electric motor alone produces 180 hp (134 kW / 182 PS) and 270 Nm (132.8 lb-ft) of torque, which is very similar to what you get from the combustion engine, and remains the sole power source at all times. Independently of how hard you go on the accelerator, the ICE and the rear-mounted electric motor won’t kick in unless you press the dedicated button on the center console selecting Hybrid or Charge Mode, or until the 18.1 kWh lithium-ion battery is drained.

This won’t happen as often as you think, since the Across has an impressive WLTP range of 75 km (46 miles), surpassing most of its rivals. We were surprised to see that this number is totally realistic, as we achieved 65 km (40 miles) of electric range in mixed driving scenarios without any traffic and with the air conditioning on at all times. A full charge took 5.30 hours on a wallbox with the 3 kW cable, although the newer 6 kW onboard AC charger that is standard in the MY2022 models will drop charging time to 2.45 hours.

Another thing that is quite surprising for PHEV standards is the ICE-only range of the Suzuki Across which is more than 625 km (388 miles) thanks to the regular-sized fuel tank. This means you can achieve a combined range of up to 700 km (435 miles) in hybrid mode without the need of recharging or stopping for fuel, a number unattainable for the majority of PHEV rivals due to their considerably smaller fuel tanks, more thirsty engines and lower EV range figures. The efficiency of Toyota’s plug-in hybrid powertrain is evident even with a drained battery, allowing the Suzuki Across to achieve an average of 7 lt/100km (33.6 mpg) when no plug is available. 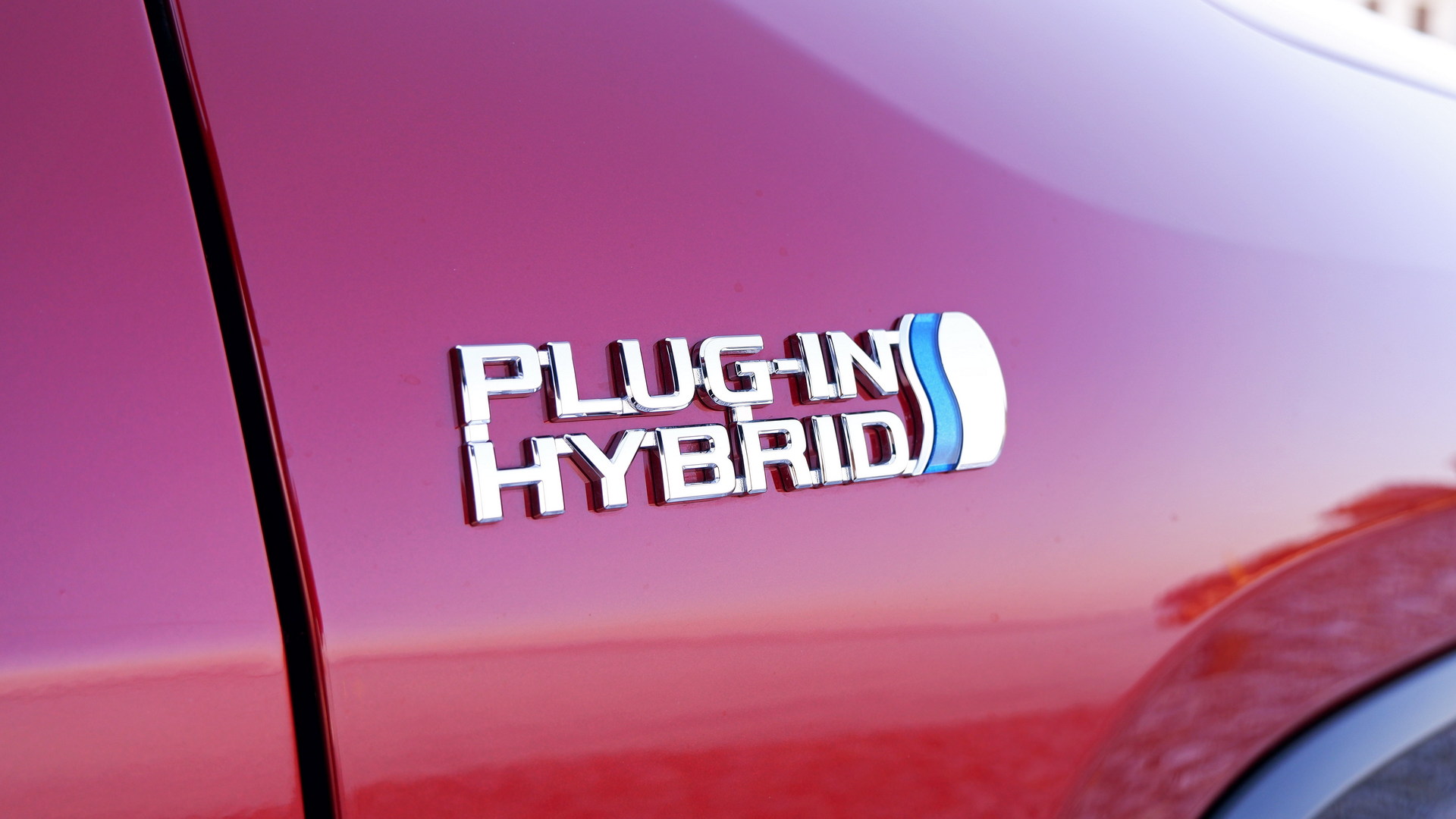 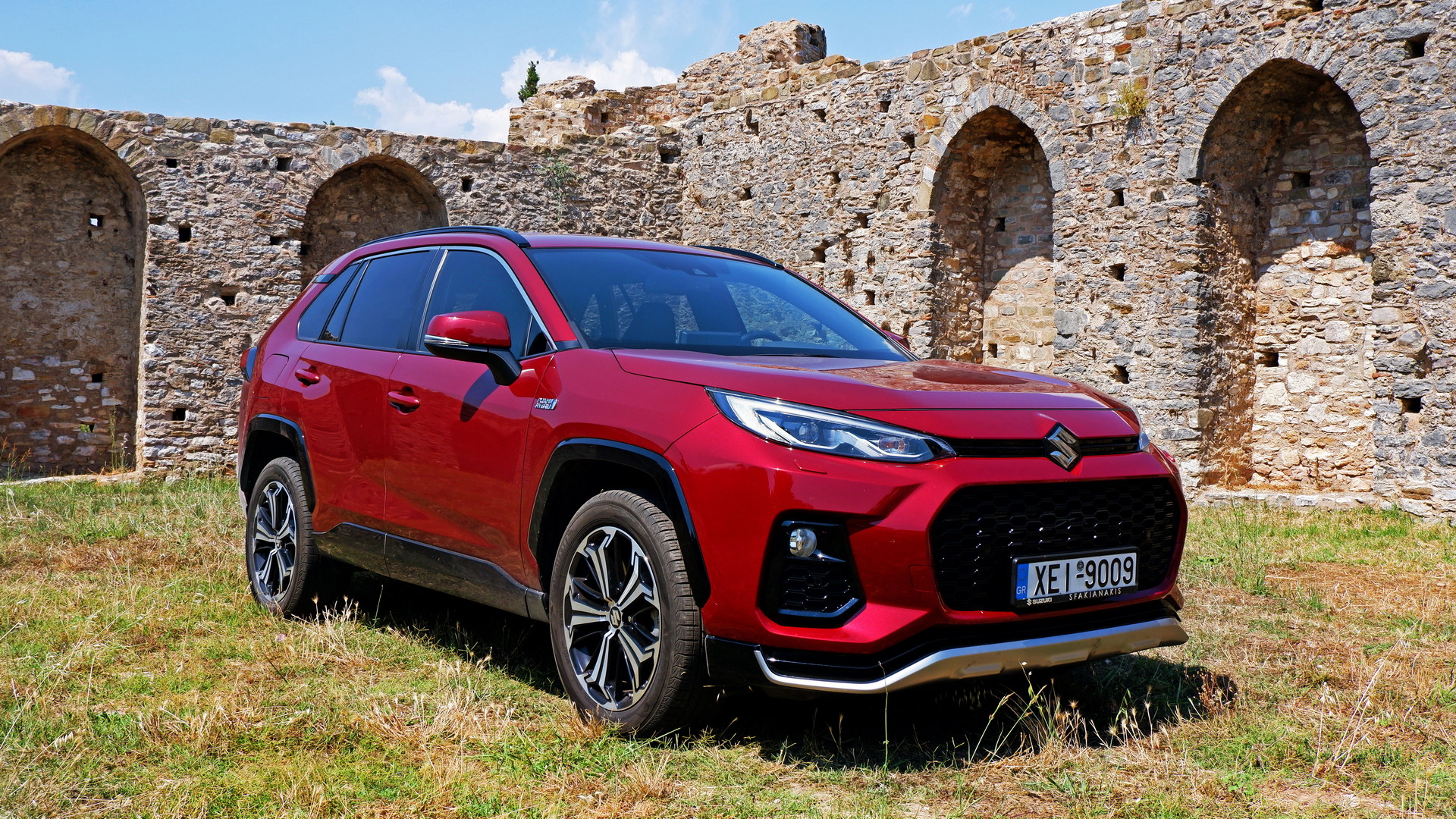 In Hybrid mode, the combined output of 302 hp (225 kW / 306 PS) from the naturally aspirated 2.5-liter engine and the twin electric motors is immediately felt as a substantial amount of power immediately available under your right foot. Despite tipping the scales at 1,940 kg (4,277 pounds), the Suzuki Across is as fast as a modern hot hatch in a straight line, propelling from 0-100 km/h (0-62 mph) in 6 seconds flat thanks to the dual electric motors and the traction provided by the E-Four electronic AWD system.

Stay on the pedal and the Across keeps going, reaching its top speed without a sweat. Speaking of which, the advertised v-max of 180 km/h (112 mph) is an understatement, since we came across the electronic limiter at an effortless 200 km/h (124 mph). What we have here is a fast SUV designed to consume miles on the highway. The only downsides are the aerodynamic noise that is evident after a certain point, and the sound of the engine at high revs when you really step on the throttle, even though Suzuki – or should we say Toyota – has put a lot of effort into insulating the latter. 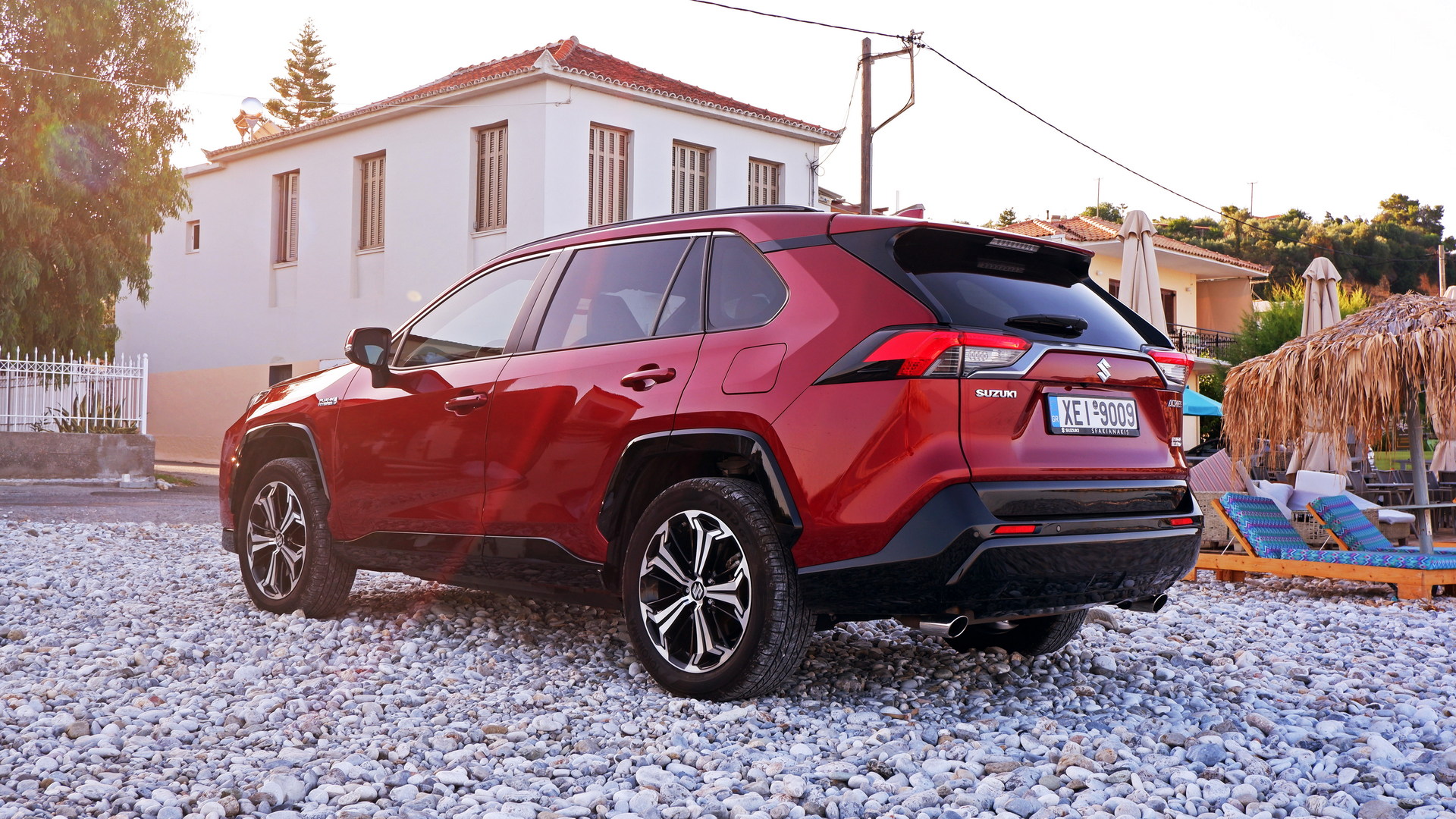 The suspension of the Across can feel a bit noisy and firm when going over sharp potholes at low speeds, but go a little bit faster and you will notice a considerably softer ride. The same applies in light off-road courses, with the rear motor kicking in when needed to provide extra traction for the road-focused set of tires. Overall the ride might not be as refined as the outgoing Honda CR-V, but it’s still on the comfortable side. The mass of the SUV is felt when you throw it in the corners at high speed, but the body roll is controllable and the grip limits are high. Handling is good for the segment even though the otherwise well-weighted steering wheel doesn’t communicate as much with the driver as in an Alfa Romeo or a BMW. The same applies to the brakes which are quite strong and efficient but their feel is not what you would call intuitive.

Safety-wise the Suzuki Across gets eight airbags plus an array of ADAS in the standard equipment, inherited by the Toyota Safety Sense suite. These include dynamic radar cruise control, lane tracing assist, blind-spot monitoring and rear crossing alert, which proved to work flawlessly on many different occasions. 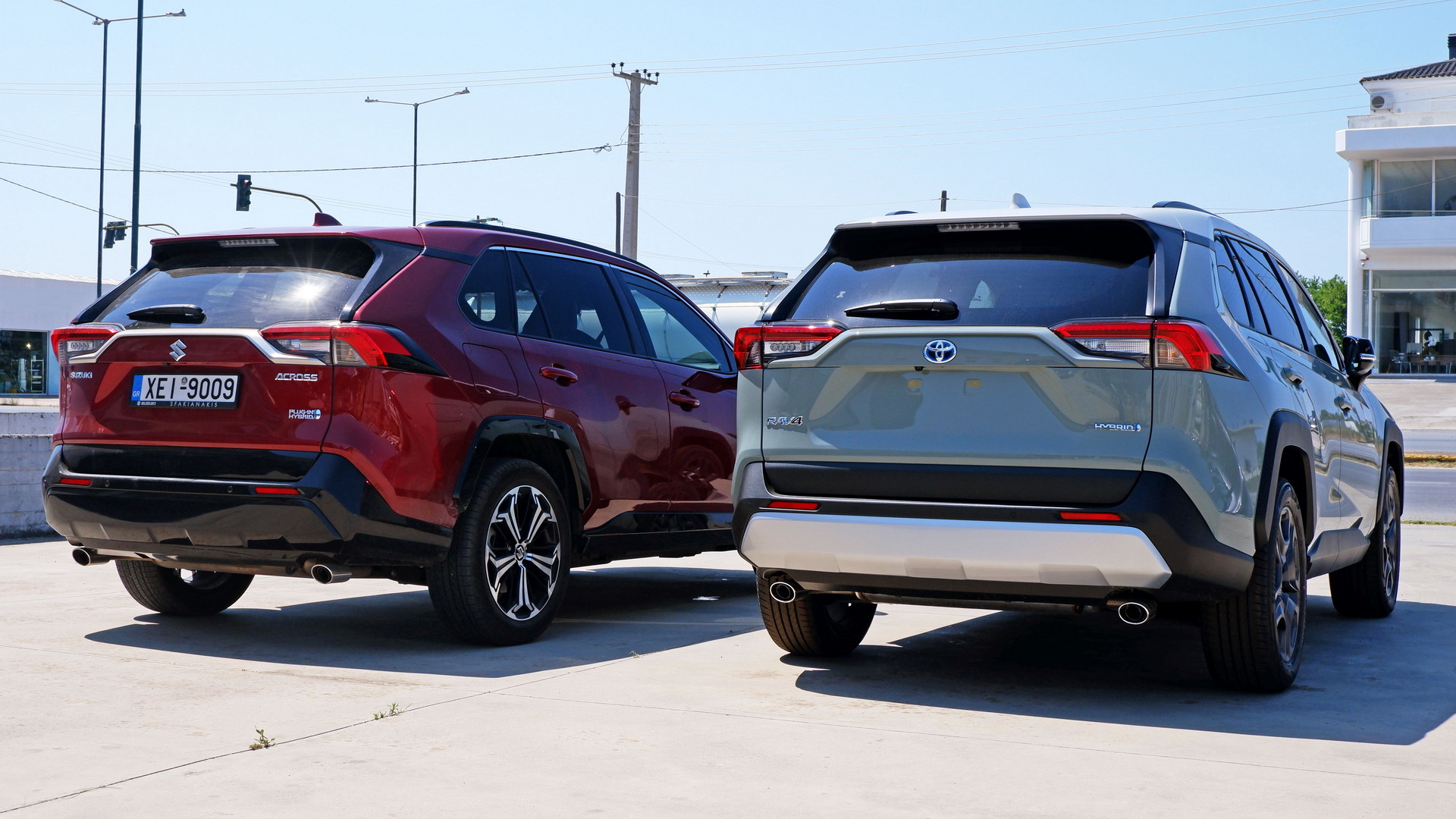 While there are plenty of plug-in hybrid SUVs available in Europe, the vast majority of them are either slightly smaller in size, or more premium than the Toyota RAV4 and Suzuki Across duo. The similarly-sized Hyundai Santa Fe PHEV is slightly cheaper at £45,976 ($55,307), while the new generation of the Mitsubishi Outlander PHEV has yet to arrive in Europe. Buyers who are open to something with a slightly smaller footprint have plenty of options to choose from, including the VW Tiguan eHybrid, the Kia Sportage PHEV, the Peugeot 3008 Hybrid4, and the Ford Kuga PHEV, all priced close to £38k ($46k). More premium offerings in a similar price range include the Volvo XC40 Recharge T4 at £41,150 ($49,501), and the Range Rover Evoque P300e AWD at £48,715 ($58,627), while the new BMW X1 will soon be available in PHEV form. 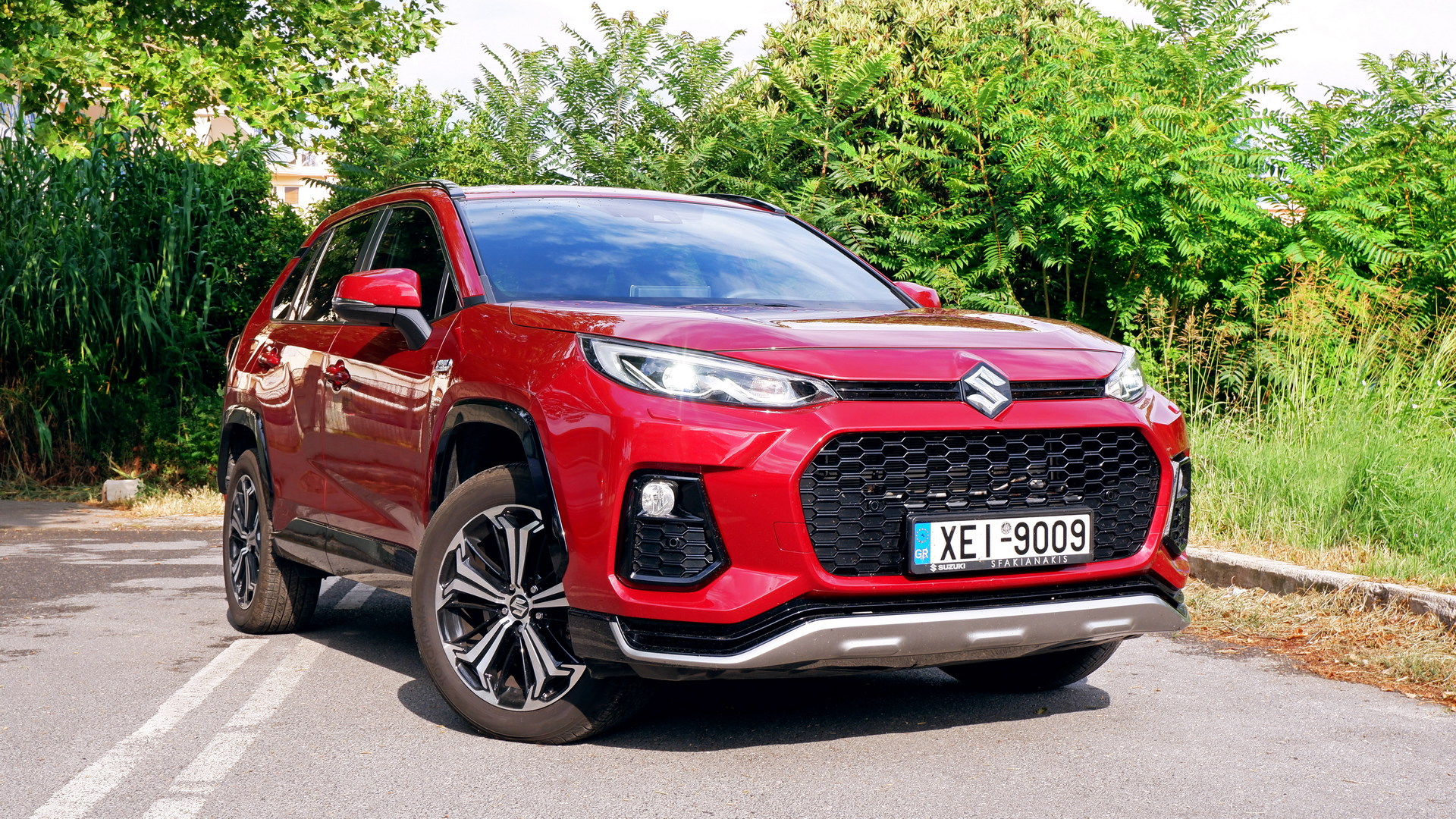 The Suzuki Across is a pretty straightforward proposal among the array of plug-in hybrid SUVs available in the European market. It has everything you would expect from a Toyota RAV4 with a slightly different and maybe slightly more attractive style, which might raise some eyebrows as a much rarer sight compared to its popular twin. Just like its Toyota sibling, it is blessed with an exceptional plug-in hybrid system with superior efficiency and performance, while offering a decent amount of space and plenty of standard kit. The only downside is the steep price which might limit its target audience to business car buyers.