David Vigsted is the first-ever baby to be born in an electric Ford vehicle. The automaker recently shared the story of the unusual incident that happened in Denmark.

David was born to mother Christine and father Jens, who were on their way to the hospital after her contractions began. Everything was going according to plan and the couple thought they would have plenty of time to make it to the hospital; after all, Christine was in labor for 48 hours with their first child.

Just a few minutes into the drive, though, her water broke. Jens pulled over to the side of the road, and they called their midwife. Together, they delivered the baby in what turned out to be a surprisingly straightforward birth. 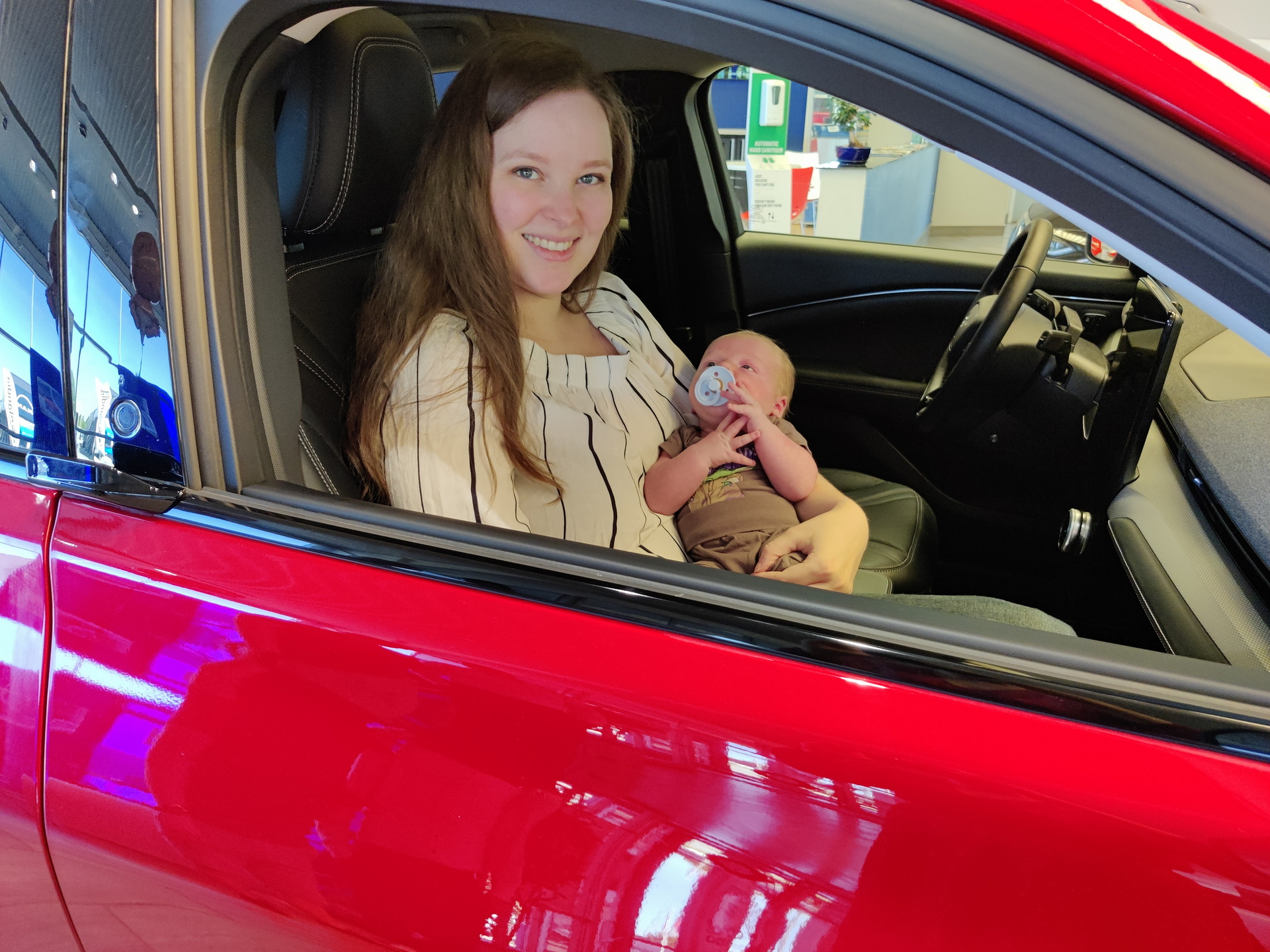 “The actual birth in the car went really well,” said Christine, from Ringsted, Denmark. “Had it been our first child, we would probably have handled it differently, but it was a really nice experience.”

Although Ford is happy to certify that this is the first baby ever born in one of its electric vehicles, it admits that it hadn’t really planned for the EV to be used in such a manner.

“We go to extreme lengths to test for every eventuality, but honestly, giving birth in the front passenger seat is not one of our usual tests,” said Jim Farley, Ford president and CEO. “We like to think of our customers as members of the family, and in this case, that could not be more true.”

The Ford Mustang Mach-E is the automaker’s first modern electric vehicle. In Denmark, it is available in RWD, AWD, and GT AWD trim and offers up to 311 miles (500 km) of range on the WLTP cycle. 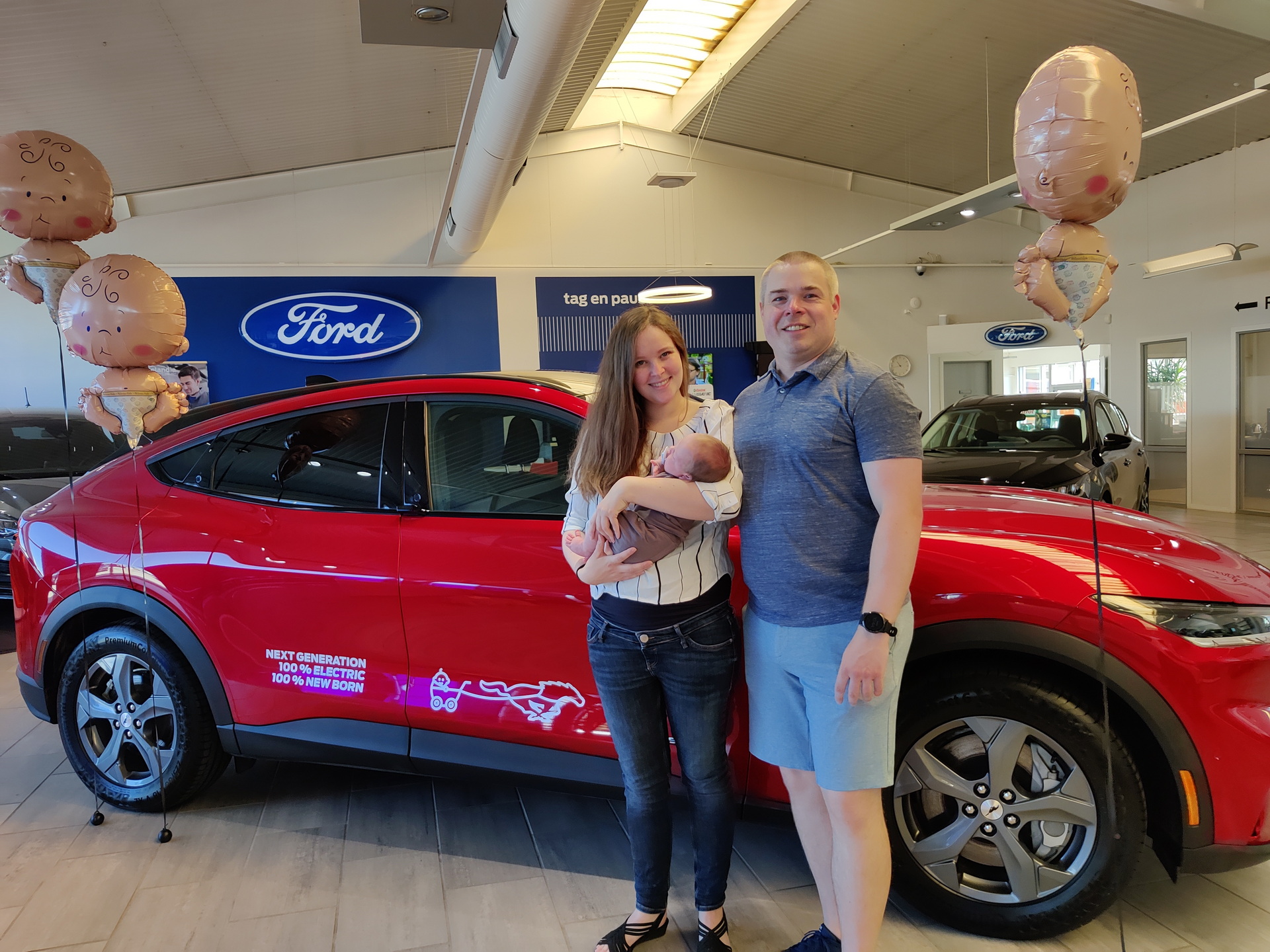