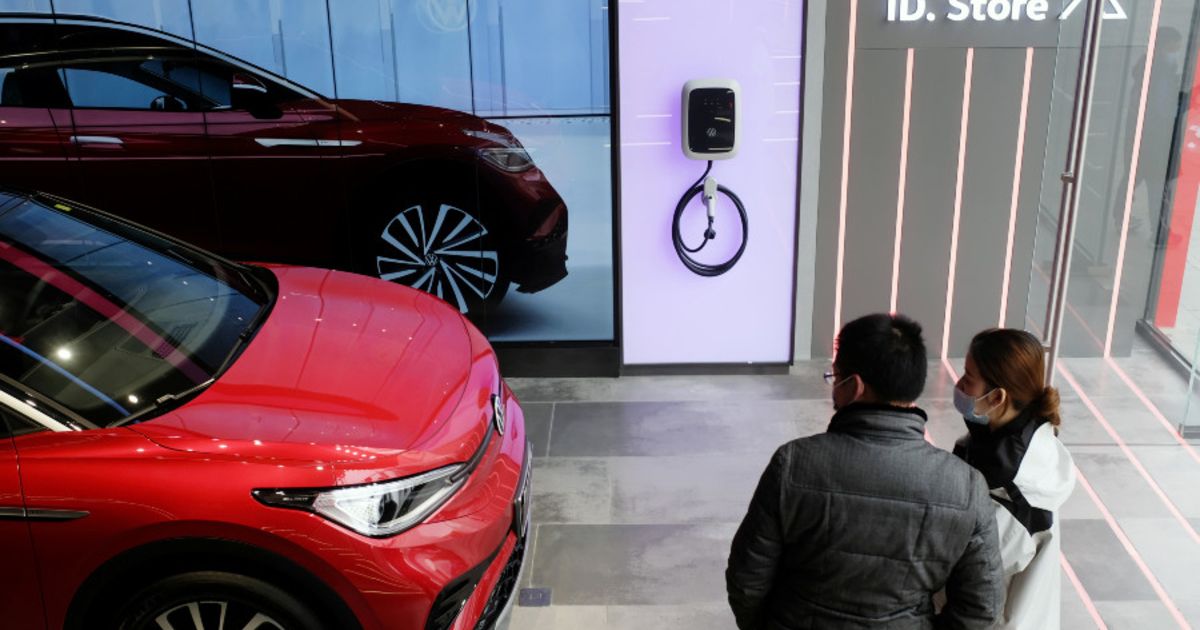 SHANGHAI/BEIJING — Volkswagen will stick to its goal of doubling sales of its ID electric vehicles this year despite COVID-19 disruptions, with its China chief, Stephan Wollenstein, calling the target “promising.”

The ID series, which VW produces at its Chinese joint ventures with SAIC Motor and FAW Group, is driving the automaker’s electric vehicle ambitions in China, the world’s largest auto market.

VW is expecting to deliver 15,000 to 20,000 of the ID cars per month in the upcoming months, Wollenstein, the company’s China CEO told a media briefing on Friday.

“We hope that we can also get the necessary parts in place,” Wollenstein said. “By doing so, we will then be able by the end of the year to have sales of IDs more than double compared to last year.”

The champions of the combustion age – European, U.S. and Japanese automakers – are falling behind local players in the booming EV market in China, a country that is key to funding and developing their electric and autonomous ambitions.

VW is no exception, even as the automaker tries to accelerate electrification with the launch of its VW ID cars last year.

The automaker first set out the target in January of doubling sales of its ID battery EVs in China this year from the 70,000 units it sold in 2021.

While suffering disruptions from recent COVID lockdowns in its major manufacturing sites, the company said it sold 59,400 EVs in China in the first six months this year, contributing to 80 percent of its total EV sales including plug-in hybrids, which doubled from a year ago.

Yale Zhang, head of Shanghai-based consultancy Automotive Foresight, also expected VW to reach its goal with a full-year volume of 150,000 to 200,000 ID vehicles.

“But that is really nothing to write home about for VW China,” he said.

Zhang said the automaker has five ID models in showrooms in China right now and may add another before year’s end, which in total would be doing volume that Tesla generates with just one model.

“No one at Volkswagen should be happy about that.”

VW, the biggest foreign automaker by sales in China, said its overall China sales fell 21 percent in the first half of the year to 1.47 million units.

Wollenstein, however, predicted a “tremendously high growth” in the second half for both VW and the overall industry thanks to policies spurring demand.