A smooth ride into a Texas highway turned into a nightmare a few weeks ago, when a driver of a Nissan Altima cut into the high-occupancy vehicle (HOV) lane causing a massive crash with a Ford Explorer that was approaching at high speed.

The accident took place in Plano, Texas, on June 24 under broad daylight. Everything was caught on the dash camera of the following vehicle and the footage was uploaded on YouTube by user D F.

The Altima is driving in the left lane when traffic starts to slow down for some reason. This is when the driver of the silver sedan decided to enter the high-occupancy vehicle lane on the left, which is reserved for carpooling vehicles with one or more passengers besides the driver. Unfortunately, they didn’t see the third-gen Explorer coming their way at full speed, making the collision unavoidable.

The crash is so severe that the rear windshield of the Altima was sent flying several feet into the air, with debris from both vehicles scattered all over the place. The white SUV didn’t have enough time to brake before rear-ending the sedan, hitting at full force and taking a great distance to stop. The truth is that even if the SUV was a newer model and had the most sophisticated ADAS systems, it wouldn’t be able to brake in time. Following the crash, the Altima can be seen rolling across the highway until it stops on the other side. Thankfully no other crashes occur, with the incoming traffic slowing down.

We don’t know if there were any injuries but we hope that both drivers and the passengers inside the vehicles are okay. If only people paid more attention to their rear-view mirrors, these kinds of accidents could be avoided. 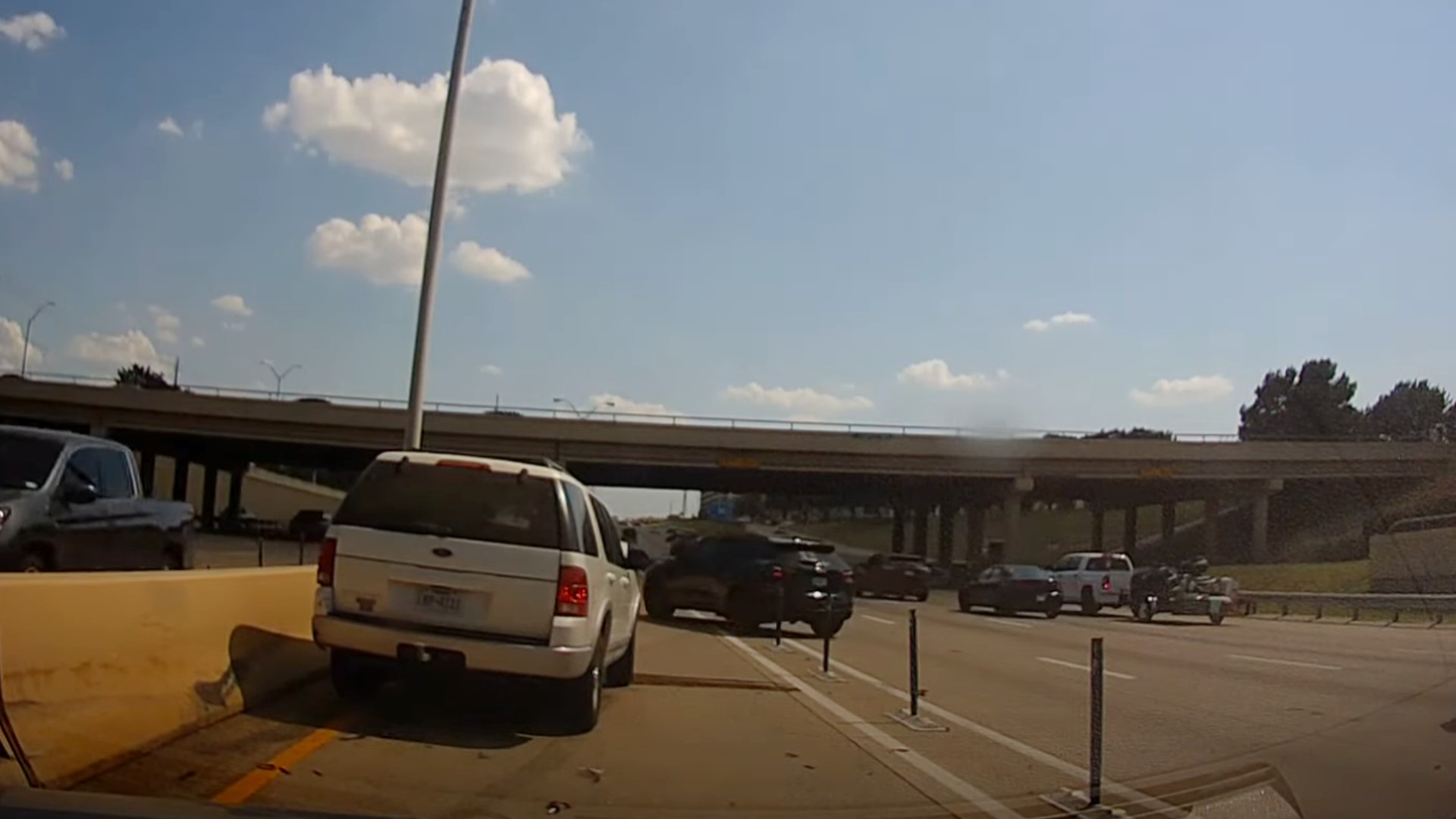