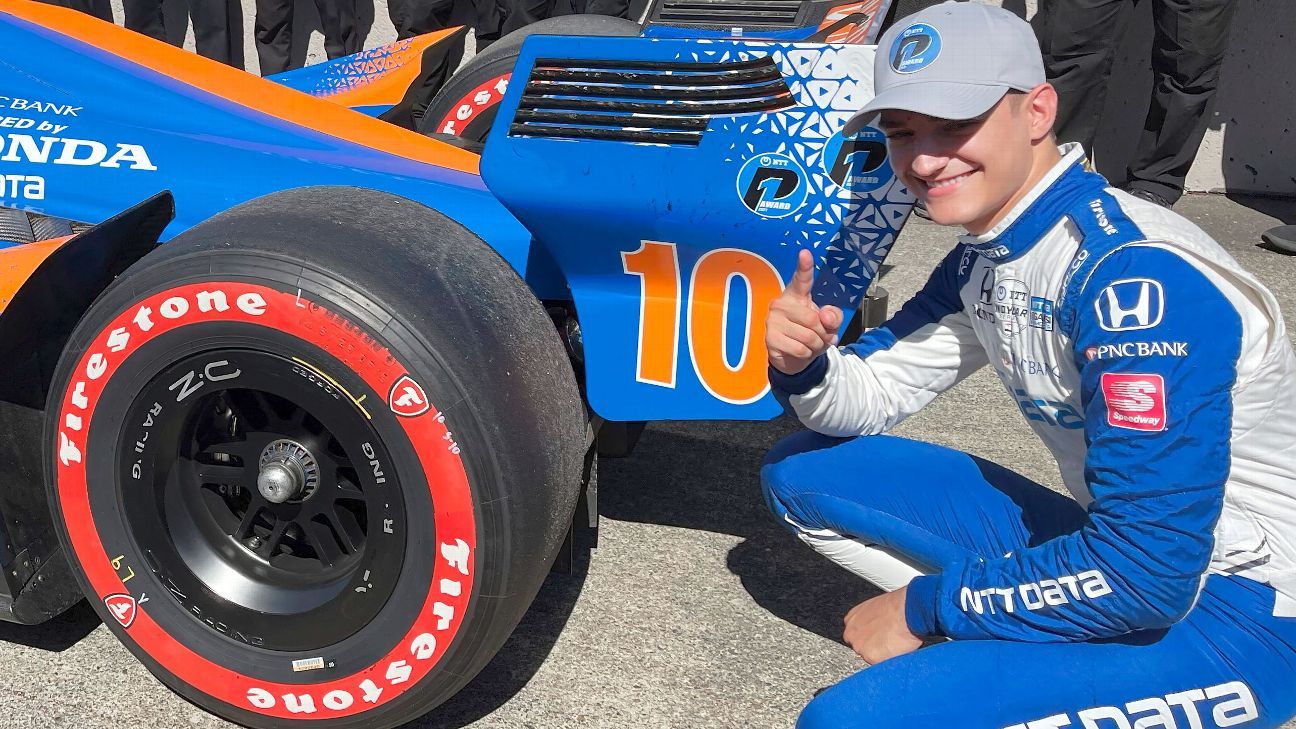 But his future after this year is looking awfully murky.

Shortly after Chip Ganassi Racing announced Tuesday it would exercise a team option to keep the star Spaniard next season, Palou and Arrow McLaren SP said they had agreed to a deal for 2023.

“I have recently learned from the media that this afternoon, without my approval, Chip Ganassi Racing issued a press release announcing that I would be driving with CGR in 2023,” Palou wrote on Twitter. “Even more surprising was that CGR’s release included a ‘quote’ which did not come from me. I did not author or approve that quote. As I have recently informed CGR, for personal reasons, I do not intend to continue with the team after 2022.”

It’s an odd twist in a big week for the McLaren team.

Colton Herta, the young American star who team owner Michael Andretti hopes to put in a Formula One car, spent Monday and Tuesday testing for McLaren in Portimao, Portugal.

Then Ganassi’s team made its announcement.

“Alex’s track record speaks for itself,” Ganassi said in the news release. “He’s a proven champion and one of the most formidable drivers in the world. We are very excited to continue working together.”

One side, at least, is eager to stay together.

Palou emerged as a star last season by becoming the first Spaniard to win an IndyCar title while giving Ganassi a 14th series crown. Palou hasn’t disappointed this year either, posting four top-five finishes and seven top-10s in the first nine races.

Although he hasn’t won a race, Palou is fourth in the standings, 35 points behind Indianapolis 500 champ and teammate Marcus Ericsson heading into Sunday’s race at Toronto.

“It’s a great feeling to know I will keep working with Chip Ganassi Racing next season,” Ganassi’s news release quoted Palou as saying. “The team welcomed me with open arms from Day 1 and I’m excited to continue working with Chip, [managing director] Mike Hull, the folks on the No. 10 NTT Data car and everyone within the organization. The goals remain the same and we will continue to work relentlessly towards achieving them.”

Shortly thereafter, Palou said he has other plans.

While the 25-year-old owns 12 top-three finishes in 25 races since joining CGR, he sounds like he’s ready for a change.

“This evening’s unfortunate events aside, I have great respect for the CGR team and look forward to finishing this season strongly together,” Palou wrote.

McLaren also issued a statement saying Palou would serve as a test driver for its F1 team in addition to his full-time IndyCar duties.

If Palou changes teams, it would mark the second major addition for McLaren in less than two months. Alexander Rossi, the 2016 Indy 500 winner, announced in June he also would be joining McLaren.

“We have always said that we want the best talent at McLaren, and it’s exciting to be able to include Alex [Palou] on that list,” McLaren CEO Zac Brown said. “Alex is an incredibly talented driver who has won in every series he has raced in and I’m happy to welcome him to the McLaren family.”