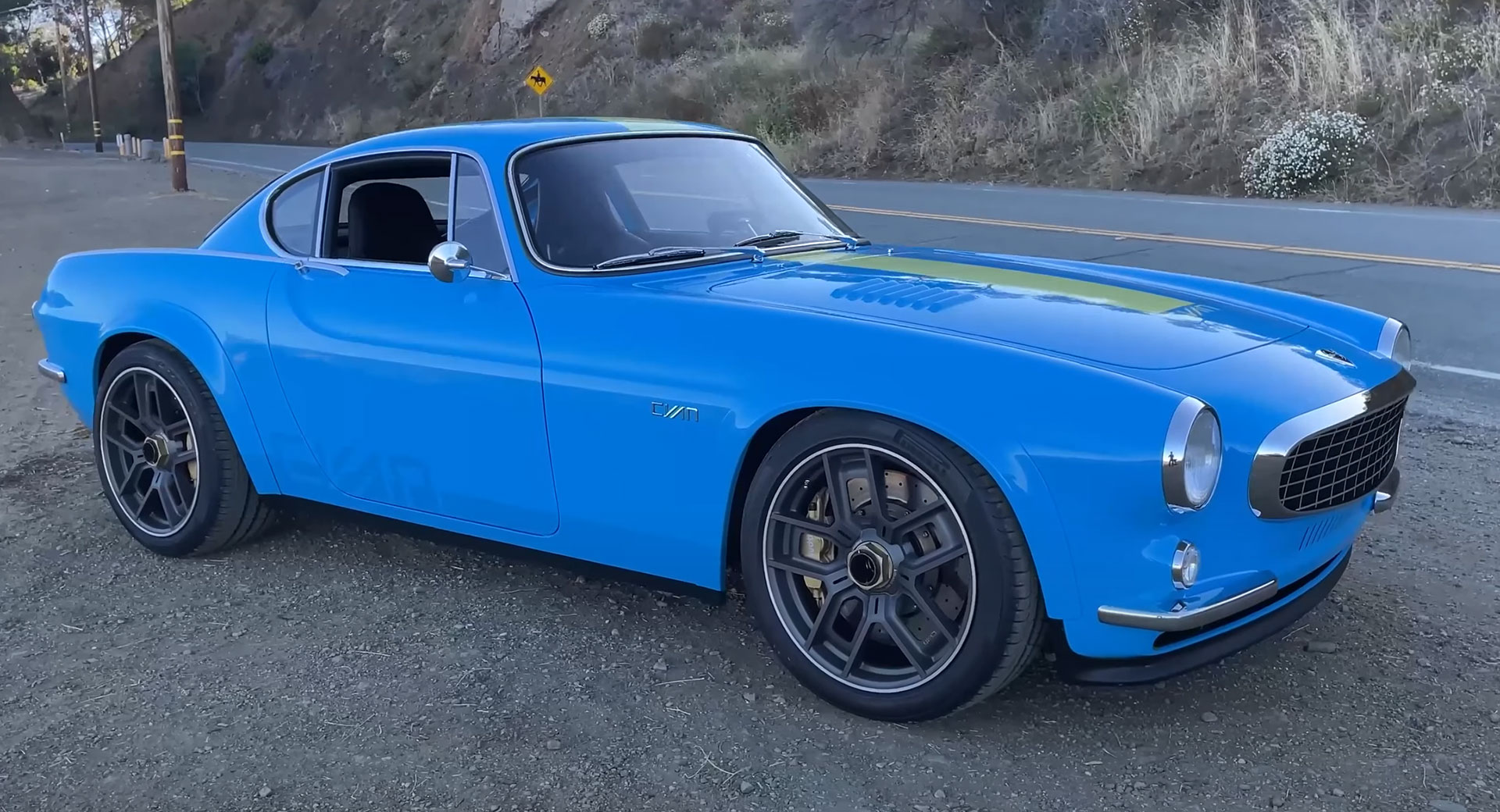 Cyan Racing’s Volvo P1800 restomod recently touched down on U.S. shores and Matt Farah from The Smoking Tire recently had the opportunity to put it through its paces.

Cyan Racing decided to take the beautiful Volvo P1800 and transform it into a vehicle that’s just at home in a museum as it is being trashed up a canyon road. It’s not cheap, however, with prices starting at $700,000 in the U.S.

Powering the P1800 from Cyan is a turbocharged 2.0-liter four-cylinder that’s based on the powertrain of the race-winning Volvo S60 TC1. This engine delivers 413 hp and 336 lb-ft (455 Nm) of torque and revs all the way through to 7,700 rpm. While it is a modern engine, Farah notes that Cyan Racing has done an excellent job of making it look like an engine from the 1960s. He is also very complimentary of the engine’s unique four-cylinder howl.

Mated to the 2.0-liter is a five-speed manual transmission with a dog-leg first gear. Cyan Racing says it offers a “crisp gear change” and Farah agrees, noting that it is a joy to shift. He is also a big fan of the steering feel and also praises the brakes, despite them not being power-assisted.

Further adding to the driving experience of the P1800 is fully adjustable front and rear suspension that includes aluminum uprights, double wishbones, and two-way adjustable dampers. It remains poised over the most difficult of road surfaces and both Farah and his co-host confirm it does have superb dampening.