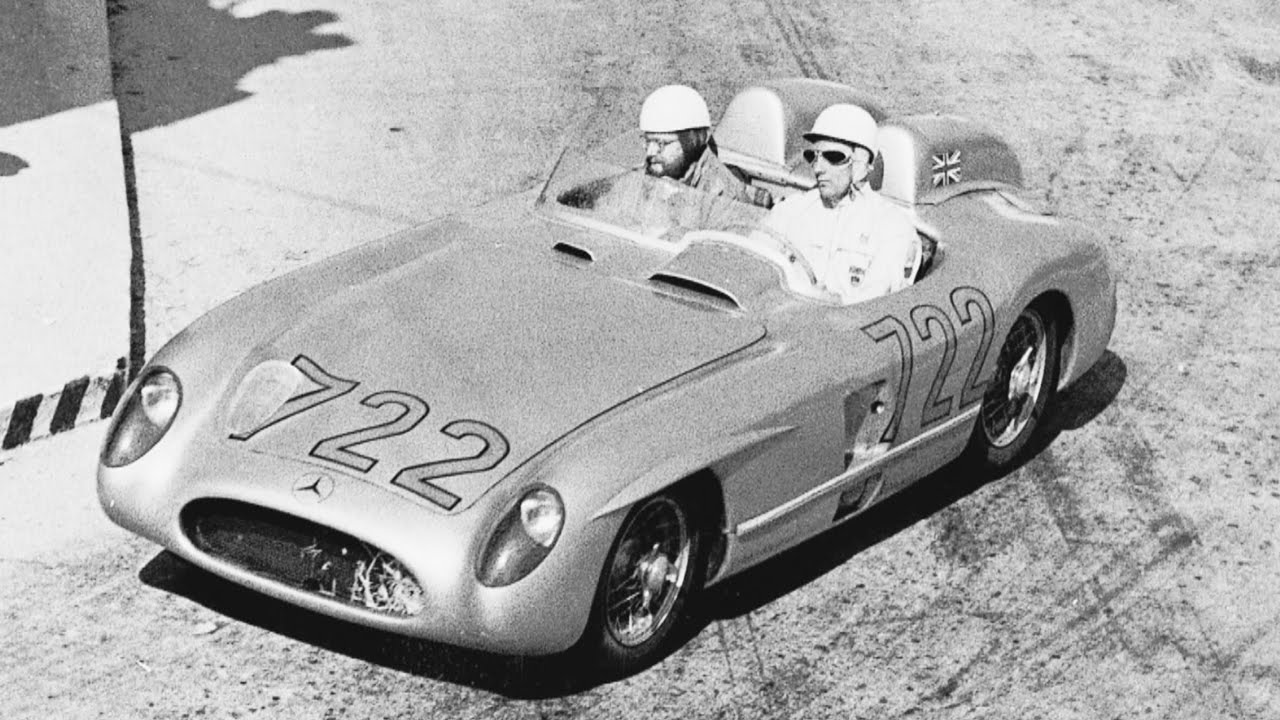 In the late 1920’s, Brescia, Italy was about to lose the Italian Grand Prix to Milan. With a group of wealthy associates, they decided to create a race better and more epic than any Grand Prix. They decided to have a thousand mile race from Brescia to Rome and back, and call it The Mille Miglia.

The Mille Miglia was an open-road endurance race which took place in Italy from 1927 to 1957. This event was usually dominated by Italian drivers, but three races were won by foreign racers. One of those racers was Stirling Moss.

Stirling Moss was Britain’s top racing driver of the 1950’s and early 1960’s. He won 212 of the 529 races he competed in, including 16 Grand Prix. Moss set the Mille Miglia record finishing in 10 hours, 7 minutes and 48 seconds, in his Mercedes Benz 300 SLR. Listen to how Stirling Moss set this record on such a treacherous and epic race!