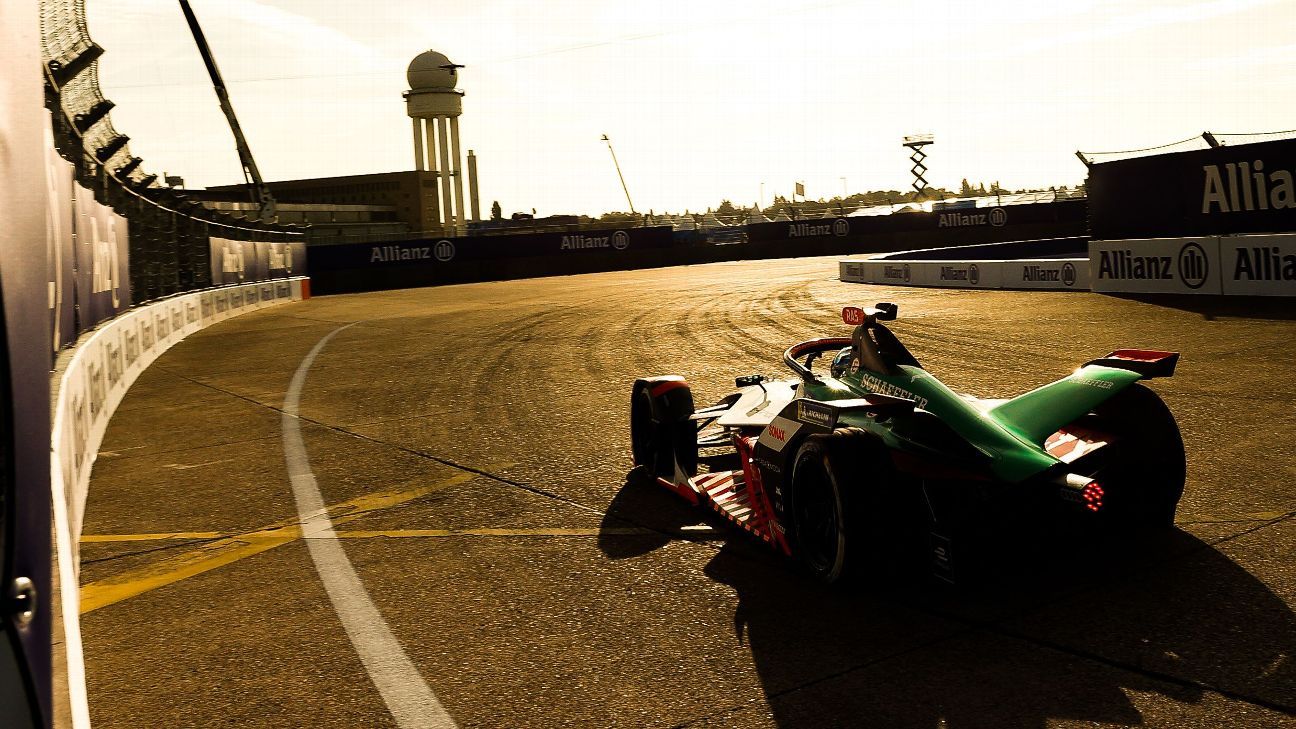 Formula E hasn’t always had technology on its side. Or calendars, or manufacturers or the general goodwill of the motorsport community. But it has always had a way of picking up talent overlooked or discarded elsewhere. Ahead of a massive grid shakeup before the Gen3 car is introduced for 2023, what’s happened to the pariahs it turned into its stars?

There was — and still is — a reputation that dogged Formula E in its first years, that it was where Formula One talents went to be put out to a cosmopolitan, electric pasture. Aside from the fact that few drivers willingly leave that series before they’re ready, it was never really a fair assessment of the field, most of whom actually came from endurance racing.

Formula E’s first season saw better racing than it probably had any right to, considering the technology at the time and the speed at which the series had been put together — from back-of-a-napkin proposal to functioning world championship in three years. The initial move of putting together a drivers’ club, which allowed teams to pick from a pool of talent, meant that the cars might not have been quick and the batteries might have been compromised but the racing was always competitive.

And that has always been one of its strongest points. It’s partly because Formula E demands a lot from drivers; the lack of pit-wall telemetry means car management is exclusively down to the drivers during a race, and they have to adapt to a completely different style of racing than in other series.

The standout talents aren’t household names in the same way F1 drivers might be, but Jean-Eric Vergne, Lucas di Grassi, Sam Bird, Stoffel Vandoorne and other frontrunners have earned their reputations in the series. The strength of the field attracts other drivers to it.

Most of the grid’s newcomers have found a way in through their desire to join their friends there, which is surprisingly wholesome for the political maze of single-seater motorsport, and also motivates them to stay in the series — beyond any loyalty to their teams. The lure of being able to compete with the drivers already there has made the field stronger over time.

At the end of the Gen2 era, which concludes in August at the season finale in Seoul, there will be a massive grid shakeup. Giant German manufacturers Mercedes, Audi and BMW all are leaving the series, and although that doesn’t necessarily prompt a crisis, with privateer teams and a new factory entry from Maserati filling the gaps, it does create a big shift.

In announcing its exit from the series, BMW said it had “exhausted the opportunities for this form of technology transfer” as it related to the automotive industry’s shift toward electric vehicles. Mercedes explicitly stated that it was reallocating its resources from Formula E to development of road-going EVs. Audi redirected its Formula E funding to an electric entry at the 2022 Dakar Rally, where its RS e-tron was a novelty, standing out from its fossil-fuel-dependent competition.

As such, Formula E is not where it would have wanted to be as it stands on the brink of its next generation of cars. The delayed, delta-shaped Gen3 car has failed to wow in the way that the Gen2 unveiling did in 2018, and big-name marque departures might not threaten the series but do make fans (and other manufacturers) question its future. Without a big year in 2023, Formula E faces an existential crisis.

Paddock insiders rarely commit to on-the-record quotes regarding the state of the series, but there’s been an undeniably odd mood around it for some time. Teams had to commit to Gen3 on a deadline before the car or details were shown, and there’s still no agreed race format, with five months to go before preseason testing. It’s no coincidence that Audi and BMW are already gone, and Mercedes is leaving after the final Gen2 season, otherwise pushed into an extended stay on an uncertain platform.

The three German manufacturers leaving probably looks more dramatic than it really is. Formula E, with its €12 million budget cap (excluding driver salaries), is relatively easy for teams to come and go as they please.

Take McLaren’s entry into the series, for example. It bought Mercedes’s Formula E team outright, will keep all its personnel bar the drivers, and essentially carry on as the team was — just in different colors. Compare that to F1, where the Volkswagen Group — the world’s second-largest automaker, owner of Audi and Porsche, among others — is taking a cautious four-year run-up at an entry, despite its enormous engineering might, with a regulations reset needed to coax them into the paddock .

Being a low-cost way to instantly develop EVs was part of Formula E’s appeal: the big German manufacturers arrived after dieselgate and left once they had electric road cars. With every brand now electrifying its lineup, the series might seem like an easy win, but the boardrooms of the world’s biggest automakers see motorsport as wasteful, and Formula E’s platform is nowhere near as big as F1’s ascending audience.

For the brands that have stayed, like Jaguar, there’s an opportunity to be there at the start, a sense of getting in on the ground floor that offsets Formula E’s relatively low profile.

“At the heart of it, what justifies why we came into this sport, what continues to justify why we wanted to commit to the future, is the core ingredients are absolutely correct for the future,” Jaguar team principal James Barclay told ESPN at the Gen3 launch. “The fact is we’re the pinnacle of all-electric racing, and there’ll be other categories come the future, but Formula E is the pinnacle of electric racing.”

But that requires a waiting game that brands — who are undergoing colossal shifts in the way they manufacture cars — might not have time for, as was the case with the departures of Audi and BMW. Mercedes, meanwhile, has a large enough profile elsewhere.

Volkswagen’s announcement earlier this year that it intends to enter F1, with the colossal costs of buying an existing team, could go hand in hand with its decision to pull Audi out of Formula E. One team costs a little more than €10m to operate, F1 entries for Audi and Porsche will cost hundreds of millions, even if they buy Sauber and partner with Red Bull, respectively, as is rumored.

F1 has an enormous audience, however, whereas Formula E requires teams to invest in their own marketing to make it worthwhile. It’s also far from a sure thing; Porsche only took its first Formula E win in Mexico this year after being frustrated for two seasons. There’s nothing to market about being at the back of the field.

But Gen3 is a total reset. A new car, new powertrains and a new race format will mean Formula E’s next season has minimal continuity to the previous ones. The 2015-16 world champion, Sebastian Buemi, might be a lesson to the grid: Gen1’s most dominant driver, by far, never rediscovered his form in the Gen2 car.

It’s a bold new start, and Formula E has a chance to recover the ground it lost to the COVID-19 pandemic, just when Gen2 was gaining momentum. It would be unfair to call the series a last-chance saloon — drivers don’t make it in to Formula E after burning other opportunities, so much as they’ve fallen through the cracks of F1 and endurance racing — it is a crucial time for the series’ protagonists.

Formula E’s technology is finally catching up to the talent of its field. If the drivers who’ve made the series competitive all along can continue that, with Gen3’s massive power and energy-recuperation increases and smaller, lighter car, then Formula E has a chance to make the manufacturers who walked away look like the ones who chose poorly.

Automotive brands are always going to be important to motorsport, and Formula E does need them, but its resilience to weather the loss of three big marques, at the start of a new era, is in the strength of its grid’s talent.