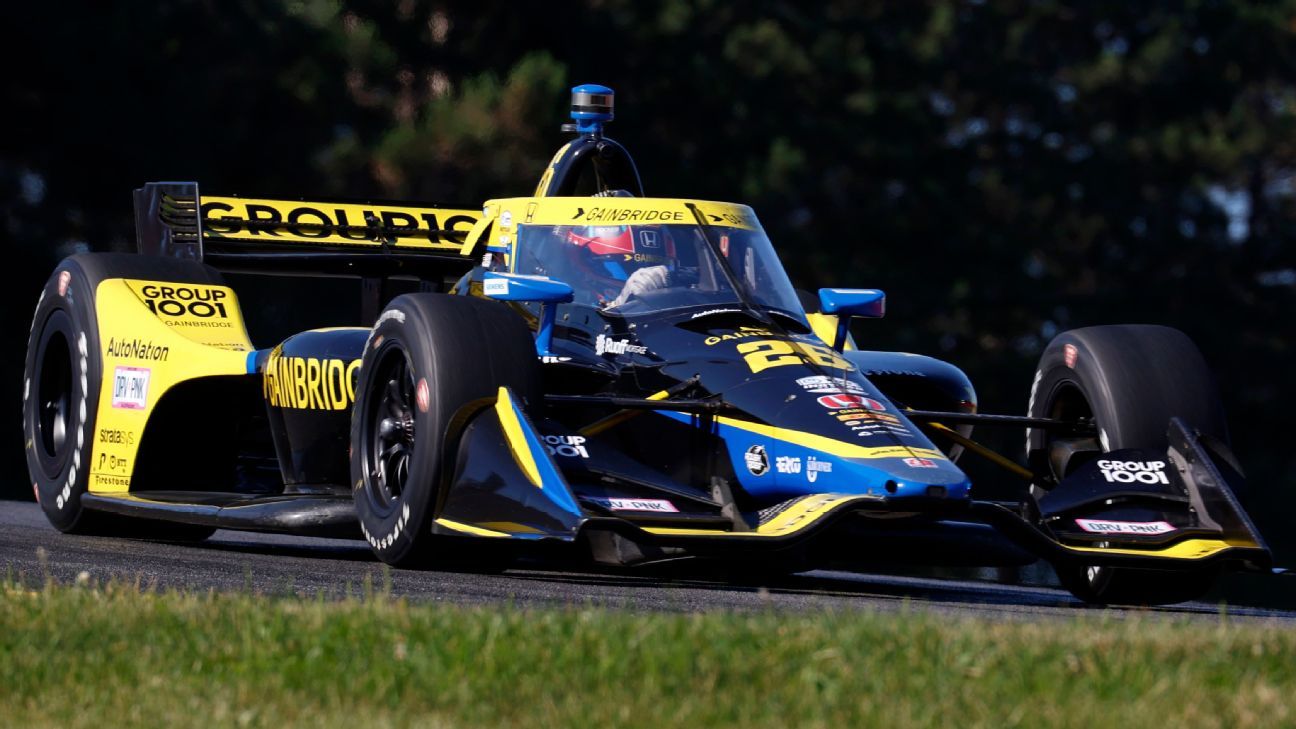 Colton Herta took his biggest leap yet in his attempt to return an American to a seat in Formula One when the 22-year-old IndyCar driver finished two days of testing with McLaren on Tuesday over the Portuguese circuit at Portminao.

Herta spent much of the Day 1 getting up to speed in a year-old version of the F1 car before cutting it loose with a variety of tire compounds, setups and handling packages. He wound up making 162 laps covering roughly 750 kilometers (466 miles) while giving McLaren a good look at one of the best young prospects outside of the European feeder system.

“I have to say the team was quite impressed how Colton was dealing with all these challenges and his professional approach was good to see as well,” McLaren team principle Andreas Seidl said. “His physical preparation enabled him to keep going for two days knowing how challenging this can be in a Formula One car on a track like Portminao.”

Despite a popularity boom for F1 in the U.S., where there are soon to be three races on the schedule, there hasn’t been an American driver on the grid since current IndyCar star Alexander Rossi departed in 2015.

Herta made it clear during a conference call with reporters that he would like to be the next.

“It’s hard to get in a race car and not drive as fast you possibly can. That was the goal when I got over here: get acclimated, get up to speed and see what I could do in the race car,” he said. “It was super special to drive, it handled beautifully, I was able to make some setup adjustments in the afternoon and get it more to my liking. But yeah, you always want to show how fast you can drive a race car no matter what the circumstances are.”

In this case, there may be a lot riding on those circumstances.

Lando Norris, who drove alongside Herta in Formula 4 in 2015, has a deal with McLaren through 2025, but Daniel Ricciardo has a contract that expires after next year. And with a disappointing series of performances so far this season, there’s been some speculation that the two sides could part ways before the start of next season.

Herta isn’t the only one angling for an open seat, though. McLaren development driver Will Stevens is an option while another IndyCar star, Pato O’Ward, tested for the team ahead of last year’s F1 season-ending Abu Dhabi Grand Prix.

The next step for Herta and O’Ward could come later this year in the seat of a 2022 car during a free practice session at a grand prix weekend; the series returns to the U.S. in October for a race at Circuit of The Americas in Texas.

“Regarding further test opportunities for Pato, it’s something we’re evaluating,” Seidl said. “He had a good test with us last year in Abu Dhabi. We were very happy as well with how Pato prepared himself for that test. So I would say the initial impression or conclusion, even if it sounds like a boring answer — happy with what both guys have shown so far.”

Herta and O’Ward both have a win in IndyCar heading into this weekend’s race in Toronto, though the 23-year-old Mexican driver has been more consistent with four top-5 finishes to put him fifth in points. Herta is currently 10th.