One of the world’s most expensive Ferrari models, the one-off 250 SWB Breadvan, was badly damaged at the Le Mans Classic over the weekend.

The eye-catching 250 SWB Breadvan is thought to be worth upwards of $30 million and a video of the aftermath shows that it suffered extensive damage in the incident. Fortunately, the 31-year-old behind the wheel wasn’t injured.

While footage didn’t capture the incident in its entirety, the clip does show the 250 SWB Breadvan’s passenger side and rear end slamming into the tire barrier, briefly lifting the race car up onto two wheels. It will obviously need some significant repairs if it is to ever return to the racetrack.

While we can’t see how much damage was done to the rear of the car, we can see that the passenger-side door was ripped off in the crash. Additionally, the front quarter panel and front bumper have been badly dented and will need to be replaced. It appears likely that some severe suspension damage has also been done to both the rear and front on the passenger side.

What’s even more remarkable than the fact that the car continues to race some 60 years after its first appearance at Le Mans is that this isn’t the first time it has been crashed. In 2015, the 250 SWB Breadvan, thought to be valued at $23 million at the time, crashed into a $7.5 million Shelby Daytona Cobra Coupe. That incident wasn’t as severe as this one but the car did suffer some damage across the front bumper while also losing one of its headlights.

It is unclear if Ferrari itself will be called upon to fix the car but given that the owner is willing to race a $30 million classic like this, they no doubt have the money to repair it. 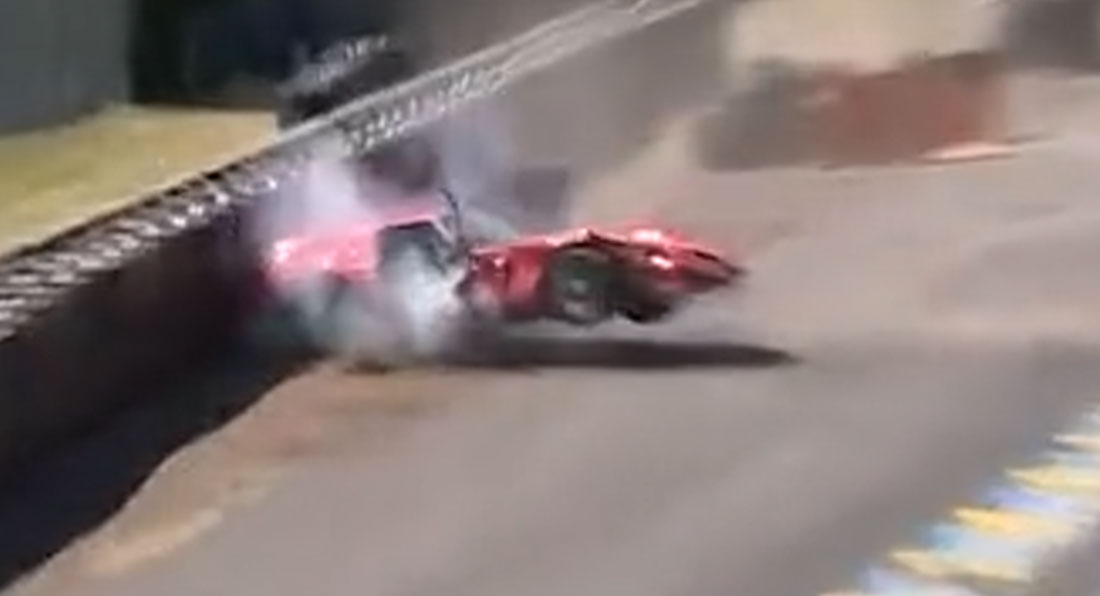