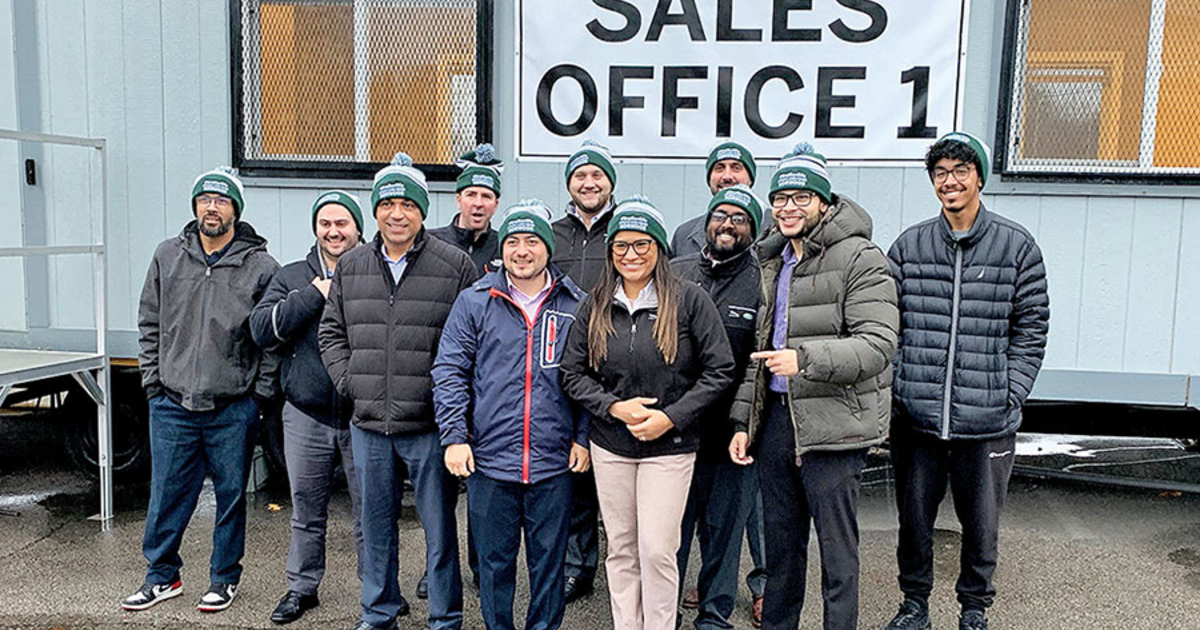 When Jaguar-Land Rover Norwood in Massachusetts was undergoing a facility upgrade for the British luxury automaker’s sleeker, more modern Arch concept, the store’s nearly 20 salespeople and managers were crammed into two trailers at the bottom of a hill.

Given the disruption during the store’s face-lift — which took place from December 2019 through June 2020 and coincided with the worsening COVID-19 crisis — employee morale needed a major boost.

“I was like, ‘OK, well, we’ve got to look at it the other way. Maybe there’s an advantage here,’ ” said Eddy Allen, the store’s general manager since 2018. “We get to see the customers the second they pull in. There’s parking right here in front of us. You’ve got to look at the positives.”

To promote a fun atmosphere and stir up some friendly competition, Allen created an objective-based game that pitted one trailer against the other.

“We always like to be competitive and have team games and everything like that,” said Allen, who is also vice president of sales at Kaplan Auto Group, which operates five rooftops across Massachusetts, New Hampshire and Rhode Island. “So, we had the team split up into two in each trailer, and that’s when we created ‘Trailer Wars.’ ”

As part of the competition, each team had roughly two managers and half of the store’s salespeople. Each team would set their own monthly objectives and then compete with the other team to see who could reach their goal first.

“We look at the prior performance of each salesperson over the last 90 days and their potential, how many cars they have coming in, and that’s how we set their objectives,” Allen explained. “That way, the teams are always even.”

At first, the teams focused on the number of vehicles sold in a month and later added options to earn extra points for selling accessories and receiving five-star reviews. Each month, give or take, Allen also would switch around the managers and salespeople on the two teams.

Winning teams would get a bonus at the end of the month. The biggest bonuses were between $1,000 and $1,500 per person, he said.

While the competition strengthened employee teamwork and restored morale, it also drove sales.

While Jaguar-Land Rover Norwood already was the top retailer in sales volume for the New England market, Allen said the store further distanced itself from the rest of the market by an additional 36 percent while under construction and in trailers.

From January to July 2020 — the month they moved back into the dealership — the store sold 772 new and used vehicles and led the market in new and used Jaguar sales and new and used Land Rover sales, he said.

“We made things fun, and we definitely built a lot of camaraderie within the trailers and within the teams,” he said. “We tried to make kind of a bad situation good.”

The store has continued to come up with various games to foster competition among salespeople. In 2021, Jaguar-Land Rover Norwood sold nearly 1,800 new and used vehicles.

“Whatever you’re going through and whatever obstacles you have in front of you, it’s all about the leadership at the top and their mindset,” Allen said.

“If it’s negative, everyone will be negative. And if it’s positive … that’s the attitude that will go all the way to the bottom.”