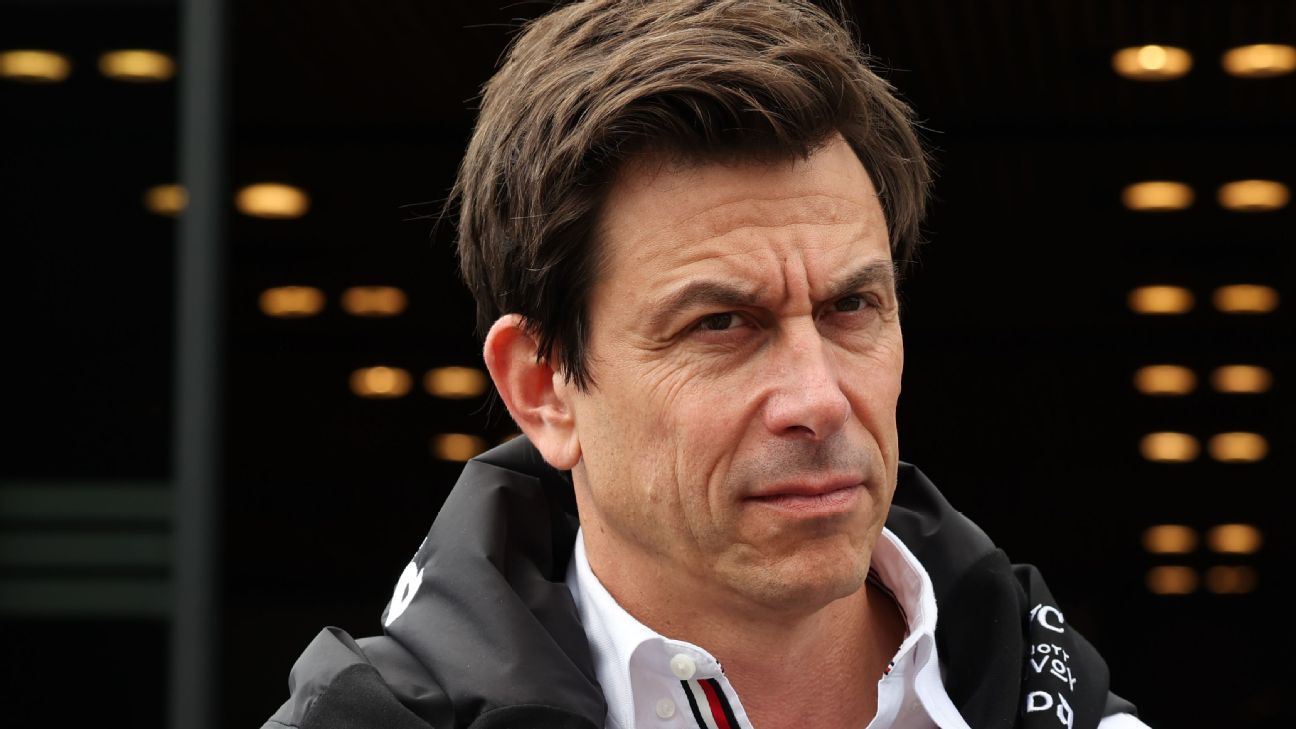 SPIELBERG, Austria — Mercedes boss Toto Wolff believes life bans should be handed out to “brainless” abusive fans after a number of incidents among attendees at the Red Bull Ring overshadowed the Austrian Grand Prix.

Multiple accounts of homophobic, racist or sexist abuse were shared on social media by fans in the build up to the race.

F1 condemned the abuse in a statement ahead of the race and said it will talk to the organisers of the race to find a solution going forward.

Mercedes boss Wolff gave the clearest message of what he thought of the fans in question.

“We just need to target these guys and pick them out and say ‘you’. This is what Formula One has said and we have said and that you need to report to the security if you can. And whoever reads my sentence: stay away, we don’t want you if you are part of that group.”

Several of the victims of the abuse were invited into the paddock before the race.

Mercedes gave a garage tour to one Lewis Hamilton fan who published an account of her abuse on Twitter.

She wrote: “I had a dress on yesterday and a group of 5 Dutch fans lifted up my dress and when I confronted them they said no Hamilton fan deserves any respect at all.”

The Austrian Grand Prix is a popular race for Dutch fans who make the journey south from the Netherlands to support reigning world champion Max Verstappen, Hamilton’s 2021 title rival.

Campsites are spread around the Red Bull Ring and the atmosphere of the race is often likened to a music festival.

Verstappen said excessive alcohol consumption may have contributed to the abuse.

“One thing can be improved with security to keep people in check,” Verstappen said. “It’s not an excuse, but they watch the races and then they go back and party and have fun and drink alcohol.

“Sometimes when you drink alcohol you can do stupid things — I don’t say this as an excuse. These things can be regulated.

“A certain amount of alcohol maybe until it’s time to go to bed and wake up again the next morning and be sober. Because if you start to go really crazy you can do stupid things.”

Wolff said F1 must not tarnish an entire fanbase based on the behaviour of a minority, pointing out that Hamilton received a warm reception on the podium after finishing in third position.

“I think it’s just people being stupid,” he said. “I have no other explanation for people abusing — in whatever way, sexist, hedonistic, homophobic or racist – you are just simply brainless. And no alcohol can excuse that.

“The sport polarises and triggers emotions, we want that. We shouldn’t condemn all of them but put these few idiots out. We mustn’t come across as though we are condemning a group of fans, because we are not. I have seen them climbing on the fences and when Lewis stood up I looked at them and nobody was booing, and they were hardcore and drank and there was still no booing.

“There are a few amoebas — people with one cell — but let’s not make it a general thing.”

Four-time world champion Sebastian Vettel shared Wolff’s view that any fans found to be abusing others should be kicked out of events and not allowed back.

“Horrible isn’t it?” Vettel said. “I think it is good that this stuff comes out, that’s the start, but it is horrible.

“I think there should be zero tolerance. If people have a good time and drink too much that’s OK, but it doesn’t justify or excuse wrong behaviour.

Hamilton, who has pledged upwards of £20 million of his own money into a charity and initiatives around promoting diversity in motor racing, said the Austrian Grand Prix is another example of where action is needed instead of just statements of condemnation.

“It goes back to some of the messaging that we talked about in terms of the stuff we also need to do here within the sport,” Hamilton said on Sunday evening. “Which is commit more to diversity and inclusion within our industry, because that them reflects the direction that we’re planning to go and it also often does reflect what our fanbase looks like.

“But it’s time for action. We Race As One was all good and well but it was just words, it didn’t actually do anything, there was no funding towards anything. There was no programme to actually create change and spark that conversation. We definitely need to utilise the platforms but we really have to step up and start actioning some of the things we are saying. Just saying it’s unacceptable is not enough.”

Red Bull boss Christian Horner said: “I think regarding these isolated incidents that have happened, obviously we do not condone in any way any form of abuse or bullying or racism, prejudice in any way shape or form.

“We stand absolutely united with every member of the Formula One community on that. I was pleased to hear on the podium today, certainly from where I stood, there was no booing from Lewis. Respect for all the drivers, which is how it should be.”

The behaviour of the fans had been a talking point earlier in the weekend, with Hamilton critical of fans who had cheered his heavy crash in qualifying, pointing out that he could have been seriously hurt.

Hamilton also criticised Silverstone fans last week for booing Max Verstappen at one point in the build-up to his home race, the British Grand Prix.