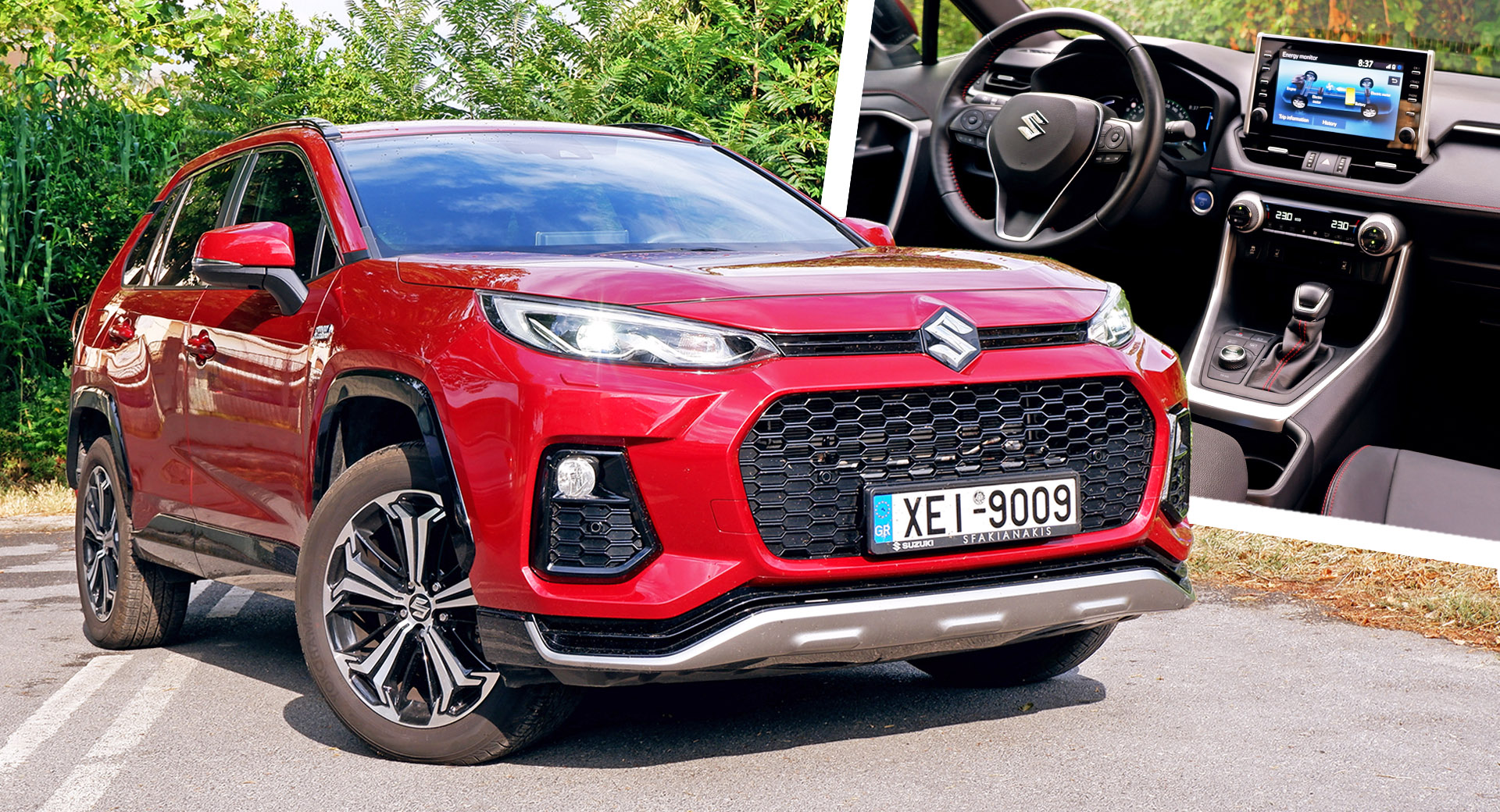 Suzuki was kind enough to lend us its flagship – the Across PHEV. If the SUV looks familiar it’s because it is the result of Suzuki’s collaboration with Toyota, essentially being a rebadged RAV4 Prime / PHEV. We have already driven the latter but were intrigued by the quirkiness of its clone so we were happy to get the keys for a week and test it in a variety of driving conditions.

The Suzuki Across was introduced in 2020 in a quest to help reduce Suzuki’s fleet average CO2 emissions in Europe, thanks to its plug-in hybrid nature. In the same year, Suzuki launched the Swace, which is a rebadged Corolla Touring Sports Hybrid. These are the only examples of rebadging in Suzuki’s European range, expanding the product catalogue of the automaker in new segments.

See Also: Suzuki’s RAV4-Based Across PHEV Gets Small Upgrades For 2022 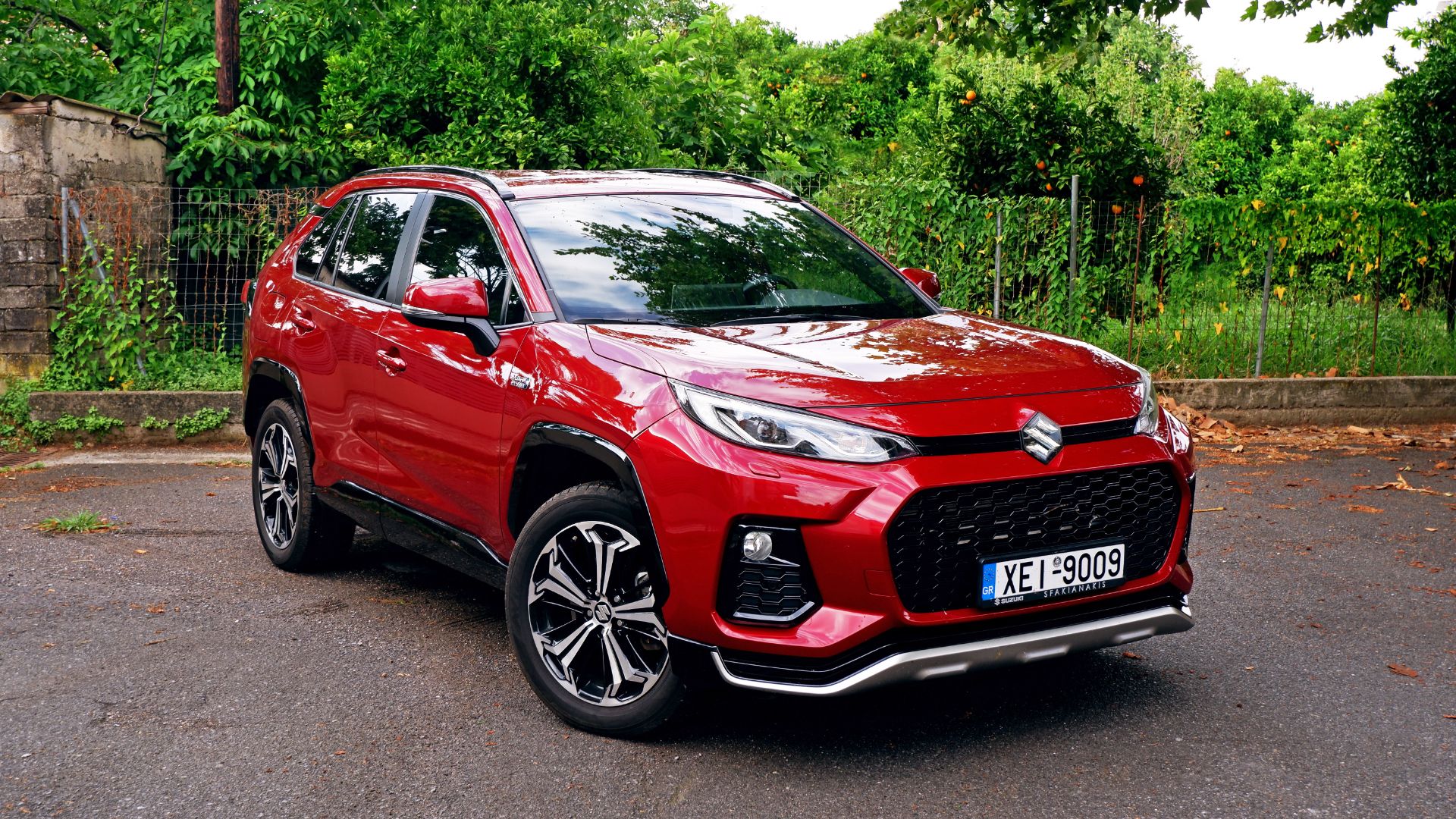 Styling-wise, the Across is sharing most of its body panels with the Toyota RAV4 with the exception of the front end. While one would hope that this is a uniquely-designed face, this is not actually the case. The headlights and the grille come from the Chinese-spec Toyota Wildlander, which is another RAV4 sibling. Thankfully, the Suzuki features a redesigned front bumper with different intakes and a fancy aluminum-style skid plate. Interestingly, Suzuki didn’t opt for the Wildlander’s taillights which would help differentiate it a little bit more than the RAV4.

Predictably, the interior is all RAV4, with Suzuki limiting its input in the badge on the steering wheel. Thankfully the graphics on the 9-inch infotainment are generic so you won’t be seeing any 3D models of Toyota’s SUV hiding in plain sight. The Across is only available in the high-spec GLX trim which means you get everything you could ask for in terms of standard equipment. Unfortunately, you don’t get the new 12.3-inch digital instrument cluster that has just been introduced in the facelifted EU-spec RAV4, with the Suzuki getting the familiar 7-inch screen between the dials. 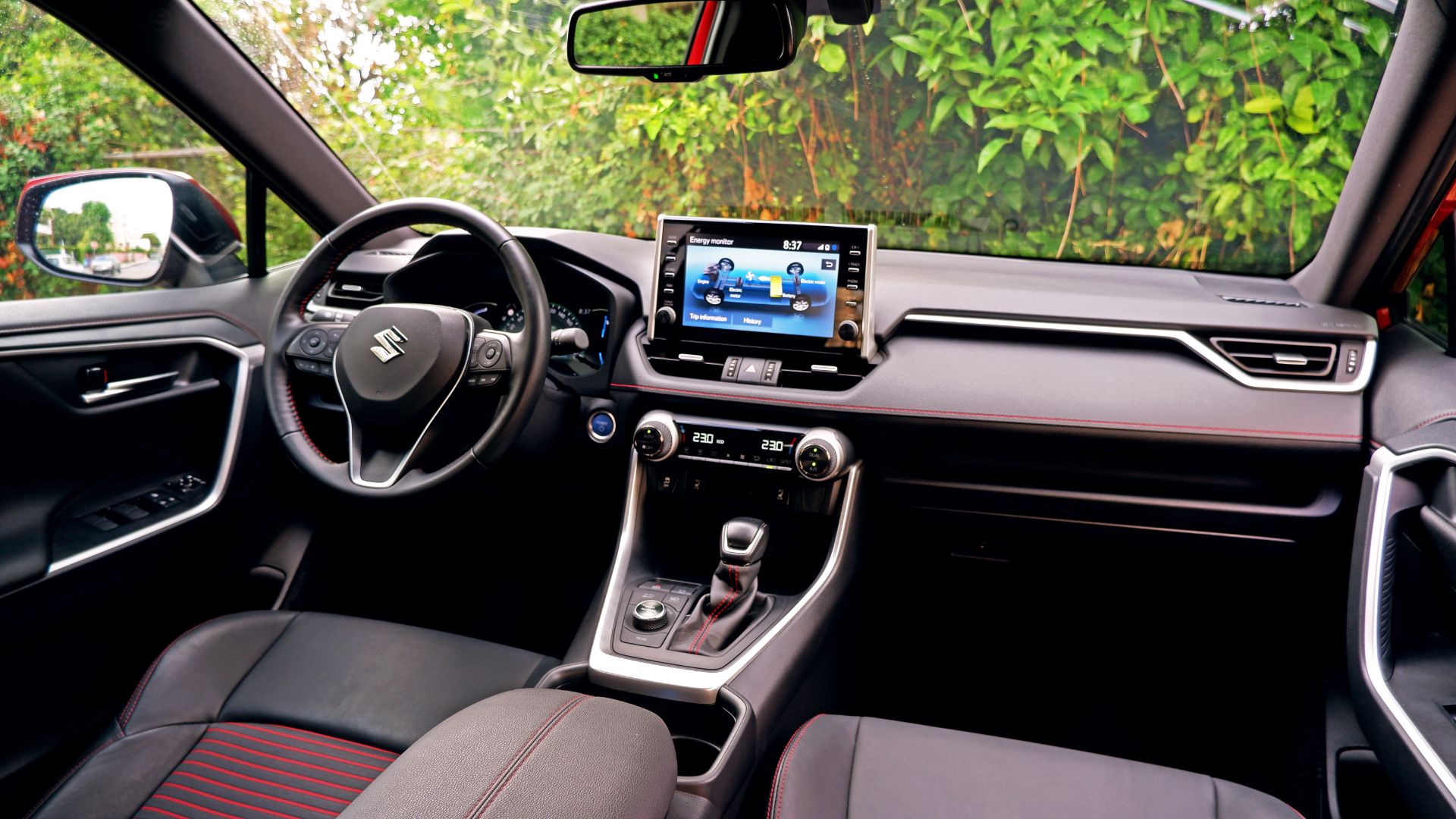 The highlight of the Suzuki Across is Toyota’s efficient plug-in hybrid powertrain which comprises a naturally aspirated 2.5-liter four-cylinder engine, a front-mounted electric motor, a rear-mounted electric motor, an e-CVT gearbox, and an 18.1 kWh battery. The combined power output is 302 hp (225 kW / 306 PS), allowing a 0-100 km/h (0-62 mph) time of 6 seconds, which is quite impressive for the segment.

As for the EV-only range, it is longer than most PHEVs, with a WLTP figure of 75 km (46 miles) between charges. A full charge of the 18.1 kWh lithium-ion battery normally takes 2.45 hours in a wallbox from the now-standard 6 kW onboard AC charger, although our Across is a pre-2022 example with the lesser 3 kW cable meaning it will take us five and a half hours to recharge.

So this was our quick introduction to the Suzuki Across. Now the mic goes to you as we gather your questions before writing the full review of the midsize SUV.