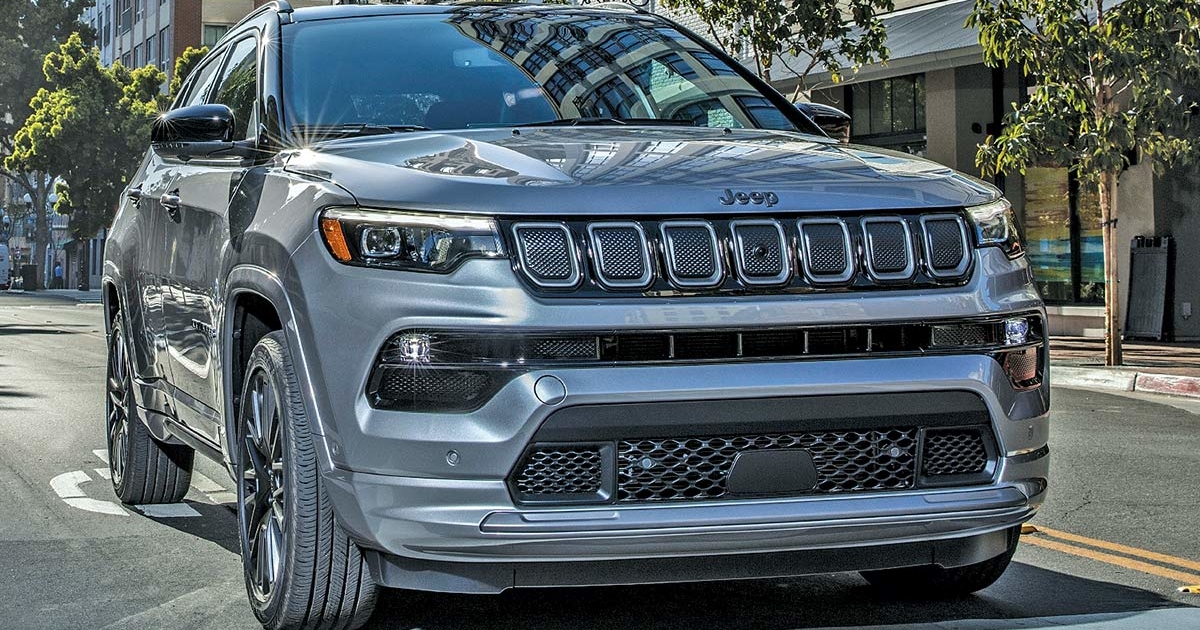 The freshened 2022 Jeep Compass, enhanced with a redesigned interior and a new infotainment system, made its debut last July by ascending a hill on the brand’s obstacle course at the Chicago Auto Show.

After the compact crossover battled through slowed production in 2021, U.S. sales are picking up. It’s one of the few Stellantis models that outpaced its 2021 sales performance in the first half of the year.

The Compass isn’t as flashy as other Jeep debuts last year, such as the upscale Wagoneer line or the Grand Cherokee L, but it has nonetheless been a bright spot in 2022.

Compass deliveries rose 54 percent in the second quarter and jumped 36 percent after six months, putting sales at 46,335 through June in the hotly contested compact crossover segment that’s ruled by the Toyota RAV4, Chevrolet Equinox and Honda CR-V. The Compass sits at No. 11 in the segment, just behind the GMC Terrain.

Some analysts say Jeep won’t be satisfied with this position in the market, and they believe electrification could be the key piece that sends Compass volume to the next level if Jeep brings a plug-in hybrid version to the U.S. as it has in Europe.

Stellantis CFO Richard Palmer said in May that the Compass was performing well, which was a welcome sight for a brand that he admitted has had challenges in building momentum at the lower end of the utility market. Palmer said Jeep will continue to be strong in the higher end, but the brand wants to create demand and loyalty in the smaller crossover segments as well.

Randy Dye, chairman of the Stellantis National Dealer Council, said the Compass could reach that 2018 number again one day if inventory levels return to normal. Dye, who owns Daytona Dodge-Chrysler-Jeep-Ram in Daytona Beach, Fla., said the Compass hasn’t been sitting on his lot for long.

“We need to build more,” Dye said. “I think it’s really difficult in today’s environment to look at sales volume in terms of the way we traditionally look at things.”

The Compass will have to vie for positioning for a few more years without a full redesign. The last makeover was for the 2017 model year.

Fiorani said the crossover must make do with the various updates Jeep rolled out for 2022 as the automaker looks to grow volume.

“An all-new Compass is still years away, which means updating technology and interior comfort is the bare minimum needed to keep the current model relevant,” Fiorani said. “Price and the Jeep brand continue to be reasons to buy the Compass, but as one of the smallest offerings in the segment, buyers seem to be willing to spend a little more for the larger Honda and Toyota.

“Jeep needs to navigate this trail steadily to keep the Compass pointed in the right direction until the next generation arrives.”

Ivan Drury, senior manager of insights for Edmunds, doesn’t think Jeep will be content with “middle-of-the-pack performance” in the sales race.

One way to make an upward move, Drury said, is to broaden the portfolio with an electrified Compass.

Drury pointed to the success of the top-selling RAV4, which has a diverse slate of offerings, from a conventional hybrid to the RAV4 Prime plug-in hybrid. On top of that, he said, there are the traditional gasoline models that include the TRD trim for those looking for off-road capability.

“Whether it be plug-in hybrid, full-on EV or just a standard hybrid, that’s something that definitely gives a leg up,” Drury said.

“It’s going to add parity because we see so many plug-in hybrids and hybrids in this realm already.”

Karl Brauer, executive analyst at iSeeCars.com, said a plug-in hybrid variant would work in the U.S.

“We’ve seen really positive reactions to every [Jeep] 4xe version that has come so far,” Brauer said. “If they wanted to add that component to the Compass, it would only further bolster its competitiveness in that category and extend the time frame of which the car should be capable of strong sales.”