The Ontario Provincial Police have released video of a scary incident that occurred on July 4th.

According to authorities, a 36 year old man from Toronto was traveling on Queen Elizabeth Way in Mississauga, when he experienced a “medical episode.” The exact details remain unclear, but the man apparently crashed his Acura as a result.

The car ended up on the side of the highway, but it was on fire. Thankfully, five Good Samaritans stopped and provided assistance.

Also Watch: Good Samaritans In Florida Converge On Car With Incapacitated Driver And Save Her Life

A 36 year old man from Toronto who experienced a medical episode is alive because of the heroic efforts of five men who risked their lives as the vehicle began to burn with the driver still inside. They got the drivers door open to save the driver. You are my #HERO. July 4, ’22 pic.twitter.com/bwE43tMhn1

As you can see in the video, they were able to get the rear driver’s side door open but struggled getting to the man. Despite the danger, they didn’t stop as two of them took turns attempting to break the driver’s side window while another attempted to help from the rear passenger compartment.

Thankfully, the Good Samaritans were eventually able to break the window. This enabled them to open the driver’s door and rescue the man, before the car was fully engulfed in flames.

CBC News talked to two of the Good Samaritans and one of them told the station that the driver was unconscious. While their initial efforts were unsuccessful, a man driving by in a dump truck reportedly tossed out a hammer and Ben Sykes happened to see this. As a result, he ran and grabbed it, allowing the rescue to be a success.

Both men told the station that things were happening “too fast for them to worry about their own safety” and they talked to the thankful driver after the incident. Both Good Samaritans received minor injuries, but their efforts were praised by police who said the driver is “alive because of the heroic efforts of five men who risked their lives.” 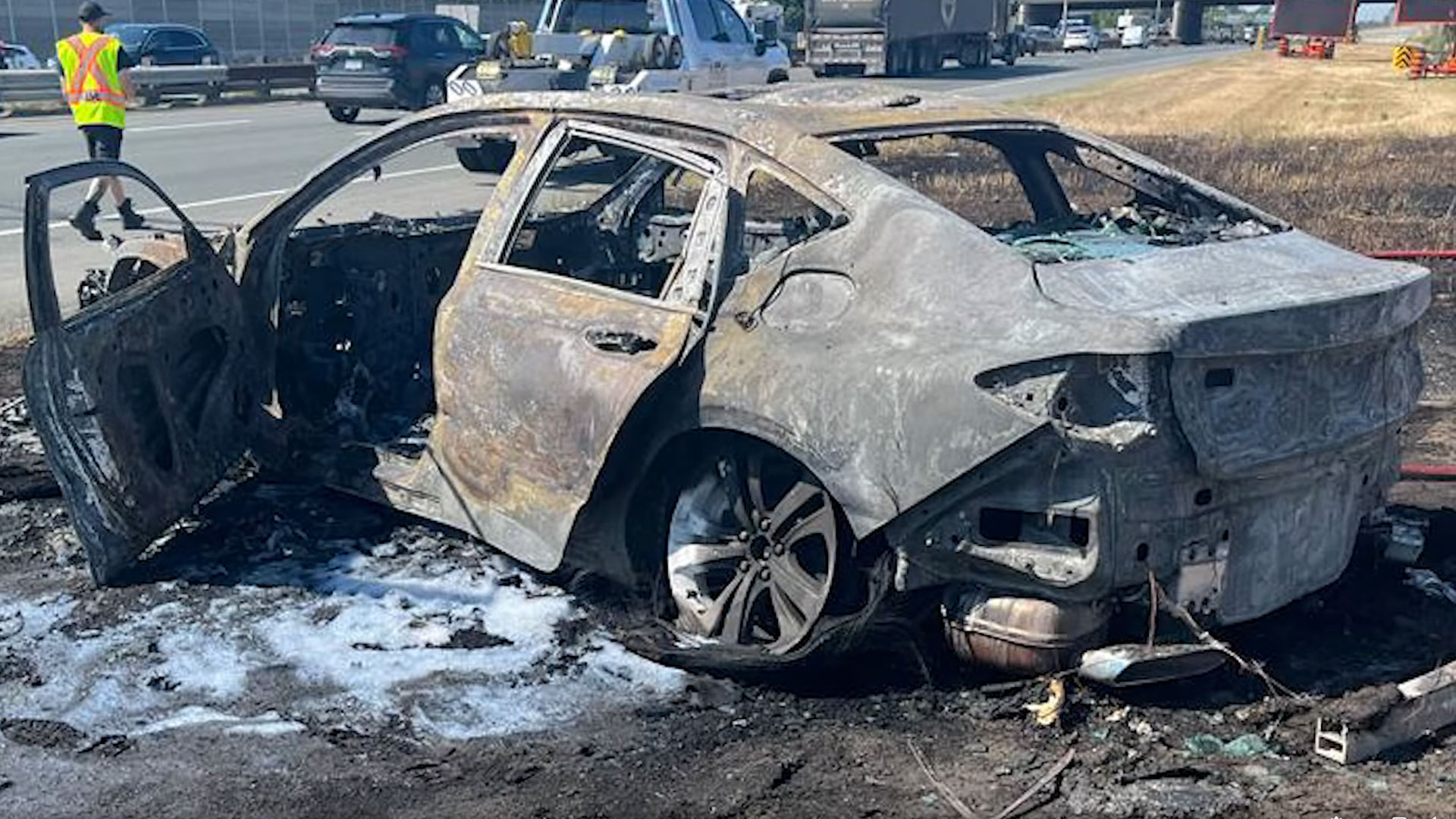