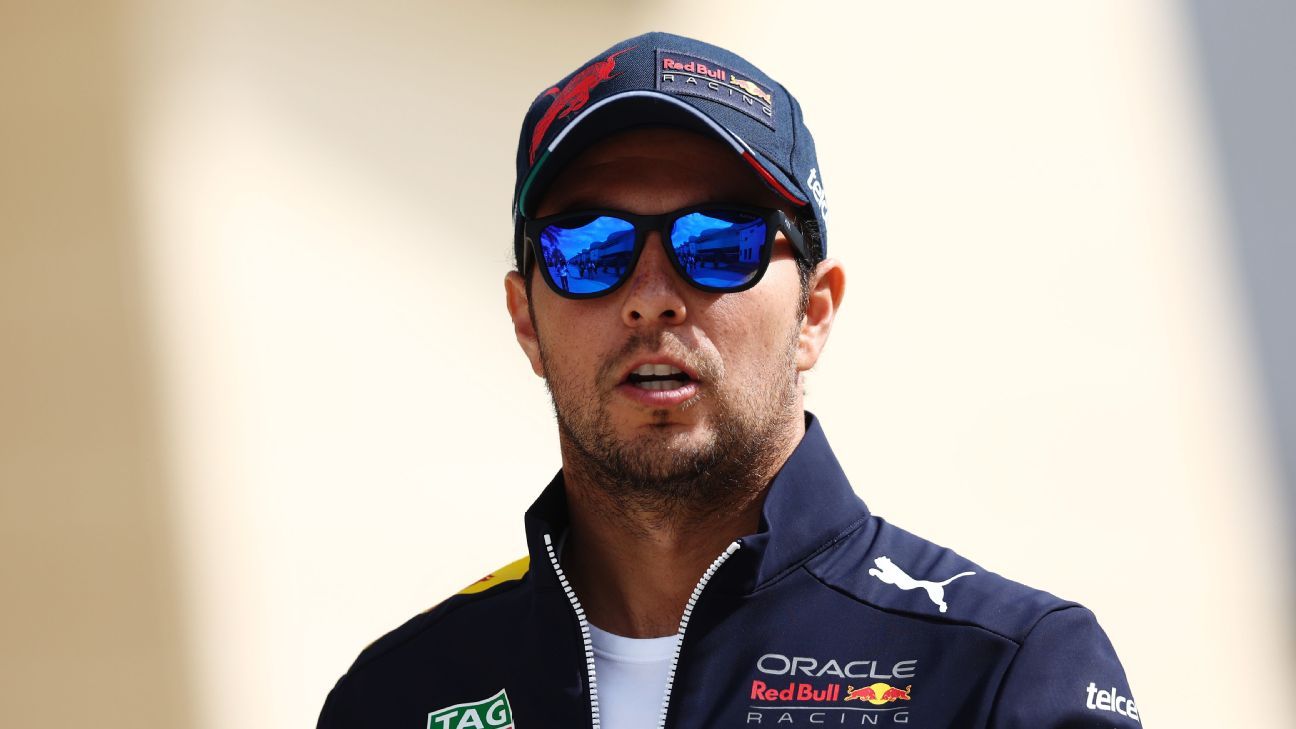 SPIELBERG, Austria – Sergio Perez has dropped from fourth on the grid at Saturday’s Austrian Grand Prix sprint race to 13th after all his lap times during Friday’s Q3 session and one from Q2 were deleted.

Perez cut a corner at Turn 8 on his fastest lap in Q2, meaning he progressed to the top-10 shootout (Q3) with a lap that should not have been valid.

The FIA’s stewards said they only realised the transgression after the Q3 session had started and decided to investigate the incident after qualifying.

At 9 p.m. local time, the stewards confirmed Perez had cut the corner in Q2 and that his Q2 lap and all of his Q3 laps times had been deleted as a result. The deleted lap times means he drops to 13th on the grid.

“Perez left the track at Turn 8 on his last flying lap of Q2, just prior to the end of the session,” the stewards’ statement said. “As this was not identified until the moment before Q3 started, the lap was not deleted prior to the start of Q3 and Perez started Q3. This is a consequence of having many situations to examine in each session. The video was clear and there is no doubt of the breach, which the team admitted.

“The team made the point that leaving the track at this point is not a clear advantage and brought data to support that point. However, the stewards considered that this was not a case of “gaining a lasting advantage”, but rather is “leaving the track without a justifiable reason”, which is another part of the same rule and which is the section that is being applied to qualifying sessions.

“This situation, where a driver moves through to a subsequent round of qualifying, and then is identified as having committed a track limits breach, does not happen regularly and certainly not recently. Thus the stewards have to examine this as a new situation.

“The team made the point that they took both risk and expended resources to compete in Q3. The stewards accept this point. However, in assessing a penalty after a session, this is no different than any other situation.

Points are awarded to the top eight drivers in the sprint race, with eight for a win, seven for second place, six for third and so on.