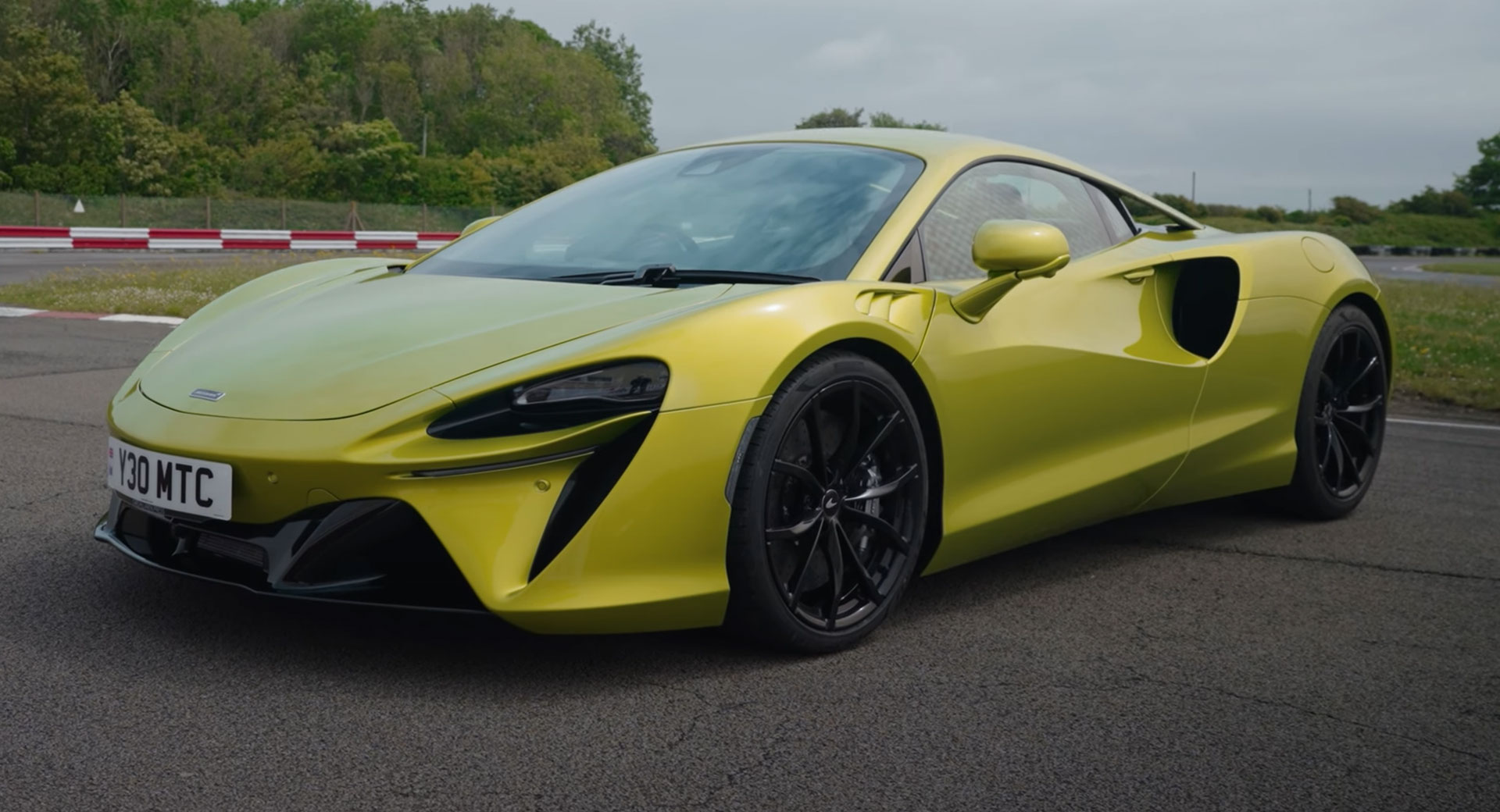 McLaren’s decision to replace the popular Sports Series with the hybrid Artura was a very brave one. Not only has it made its first hybrid other than the likes of the multi-million dollar P1 and Speedtail, but it has also equipped the Artura with an all-new engine.

This engine takes the form of a 3.0-liter twin-turbocharged V6 and Harris is immediately impressed with it. He says it is surprisingly characterful and given that it has a 120-degree V angle, it has an idle sound that reminds the veteran journalist of a Subaru boxer engine.

Mated to the engine is an eight-speed dual-clutch transmission that transmits power to the rear wheels. McLaren knows how to engineer a good gearbox and while the eight-speed performs well, Harris says he would like it to shift through the gears slightly quicker.

Watch Also: Has The Hybrid McLaren Artura Been Worth The Long Wait?

On the plus side, the British car manufacturer has done what it does best and absolutely nailed the tuning of the steering. Few carmakers produce vehicles that steer as well as those from McLaren, with Harris describing the steering as near-telepathic, making it an absolute joy to drive at both low and high speeds.

It’s not all good, however. McLaren has equipped the Artura with an all-new multilink rear suspension system while also fitting new adaptive dampers, coil springs, and anti-roll bars. Harris notes in his review that it is noticeably stiffer than the car that came before it, including the hardcore 600LT. That’s a shame as McLaren has made a name for itself in developing supercars that are so supple and plush that they feel like luxury cars.