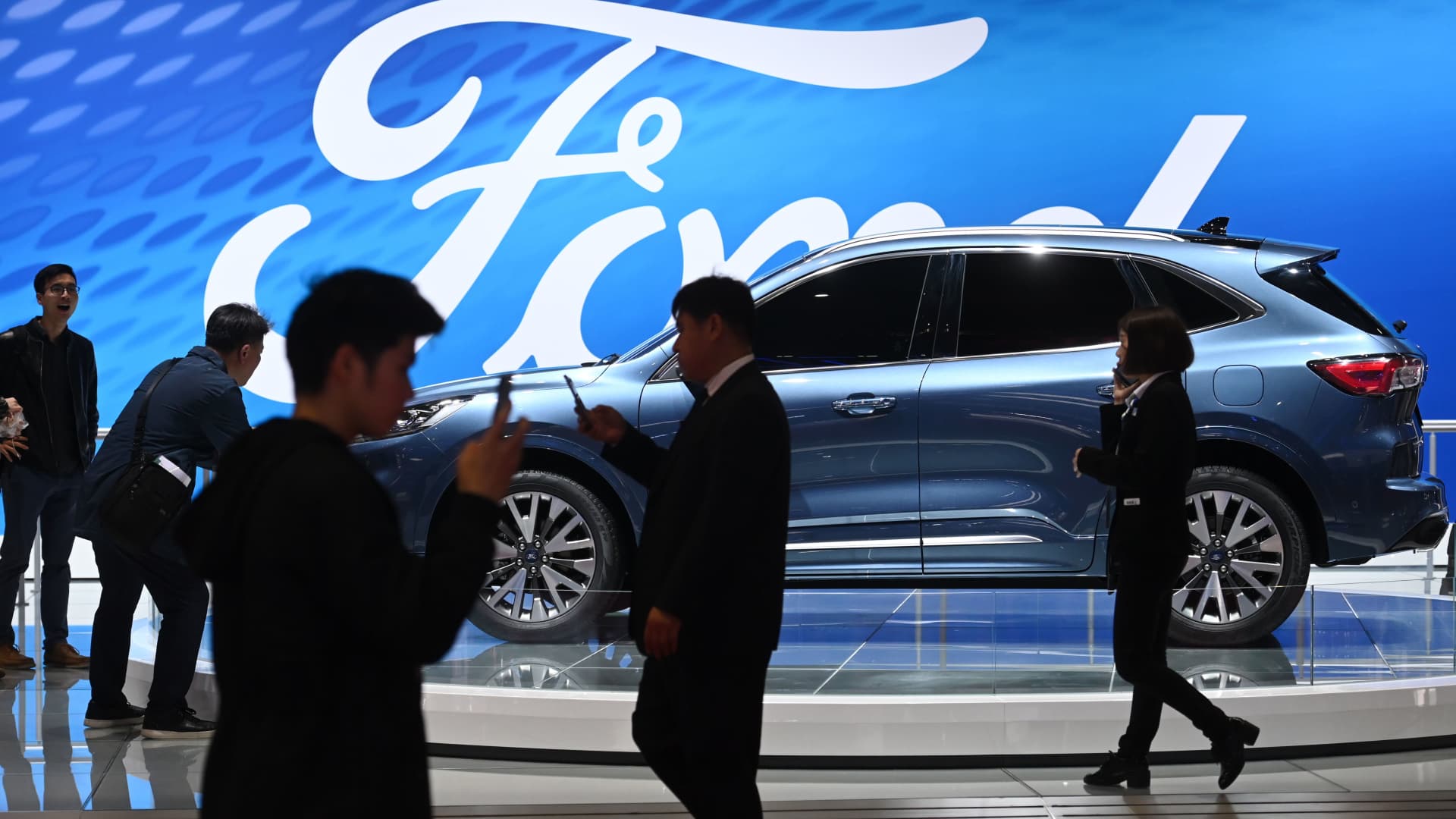 DETROIT — Ford Motor joined its crosstown rival General Motors in reporting its worst quarterly sales in China since the onset of the coronavirus pandemic, amid a resurgence of Covid cases in the country and ongoing global supply chain problems.

Ford said it sold 120,000 vehicles during the second quarter, a roughly 22% decline from a year earlier and its worst sales in Greater China since the fewer than 89,000 units it sold during the first quarter of 2020, when government-imposed Covid restrictions brought the country’s production to a standstill.

In a release late Thursday, Ford said sales in June improved exponentially with easing of restrictions, as overall sales exceeded 50,000 units, up 3% year over year and 38% month over month.

“The pandemic’s resurgence in the past few months challenged us to overcome supply chain and logistics obstacles to positioning Ford for growth in the second half of the year,” Anning Chen, president and CEO of Ford China, said in statement.

But there could still be challenges ahead. Mainland China’s daily Covid case count, including those without symptoms, has surged from a handful of cases to around 200 or 300 new cases in the last several days. The number of cities restricting local movement due to Covid more than doubled in a week to 11 as of Monday, up from five a week earlier, according to Ting Lu, chief China economist at Nomura.