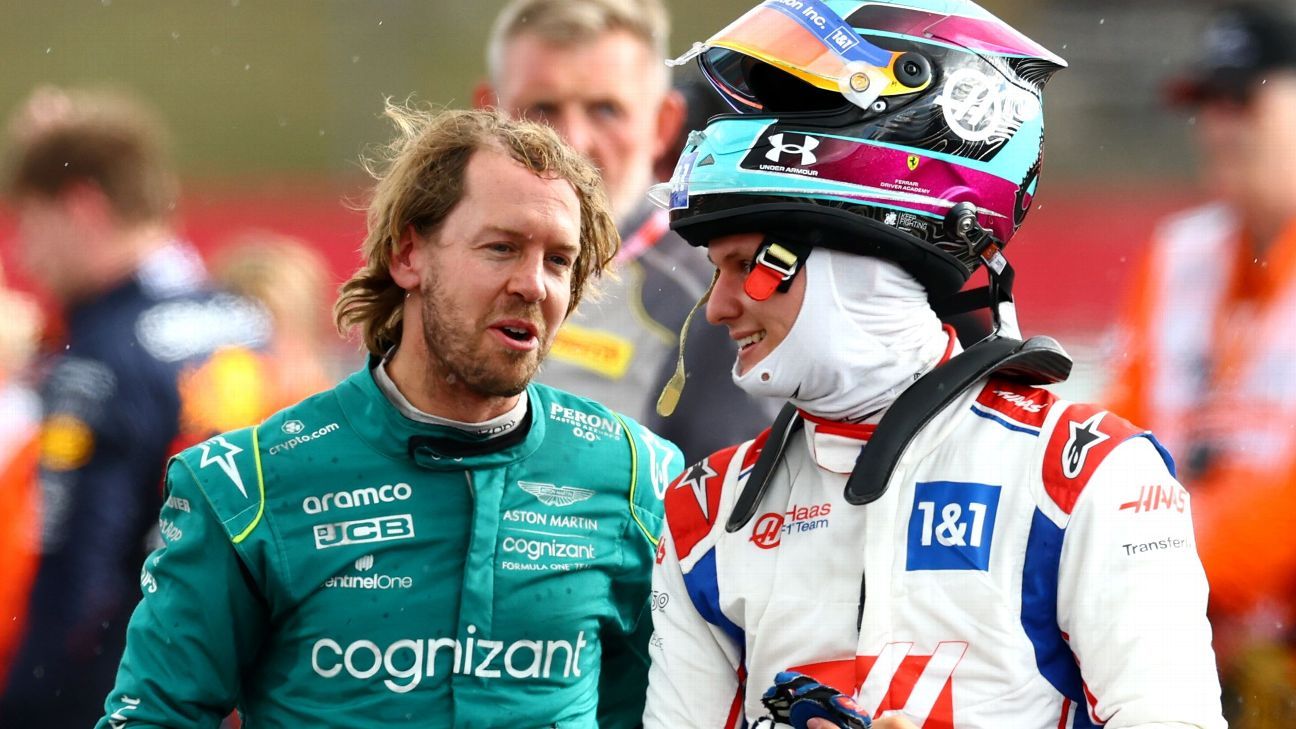 Sebastian Vettel said he was shouting for Mick Schumacher to pass Max Verstappen in the closing laps of the British Grand Prix.

Schumacher finished eighth at Silverstone on Sunday, scoring the first points of his F1 career, and nearly passed world champion Verstappen as they raced to the finish line.

Vettel, whose childhood hero was Schumacher’s father, seven-time world champion Michael, has been a big supporter of the Haas sophomore since he got to Formula One.

“I was very happy for him,” said Vettel, who finished a few seconds behind in ninth and was watching the Verstappen-Schumacher fight unfold in front of him.

“I saw what happened, and I saw that he was closing the gap, and I was actually screaming inside the car like, ‘Go Mick! Go Mick!'”

Schumacher has been under pressure at times this season, having incurred several hefty repair bills for the small Haas teams in different accidents.

He crashed heavily in Saudi Arabia and Monaco, incidents that both cost Haas in excess of $1 million in repairs.

Vettel said the points finish has been a long time coming.

“I’m very happy for him. I think it has been a long time since he deserves the result, and it’s great to get it.

“I thought maybe I’ll get him at the end, but they were too quick, and it was actually entertaining to see them going for it every time into Turn 15.

Vettel then turned to Schumacher during the interview and said: “It looked like you [and Verstappen] were side by side. Also, into Turn 6, I think sometimes, down the Wellington straight.”

Vettel and Schumacher’s close bond has seen the duo be dubbed ‘Smick’ by fans online.