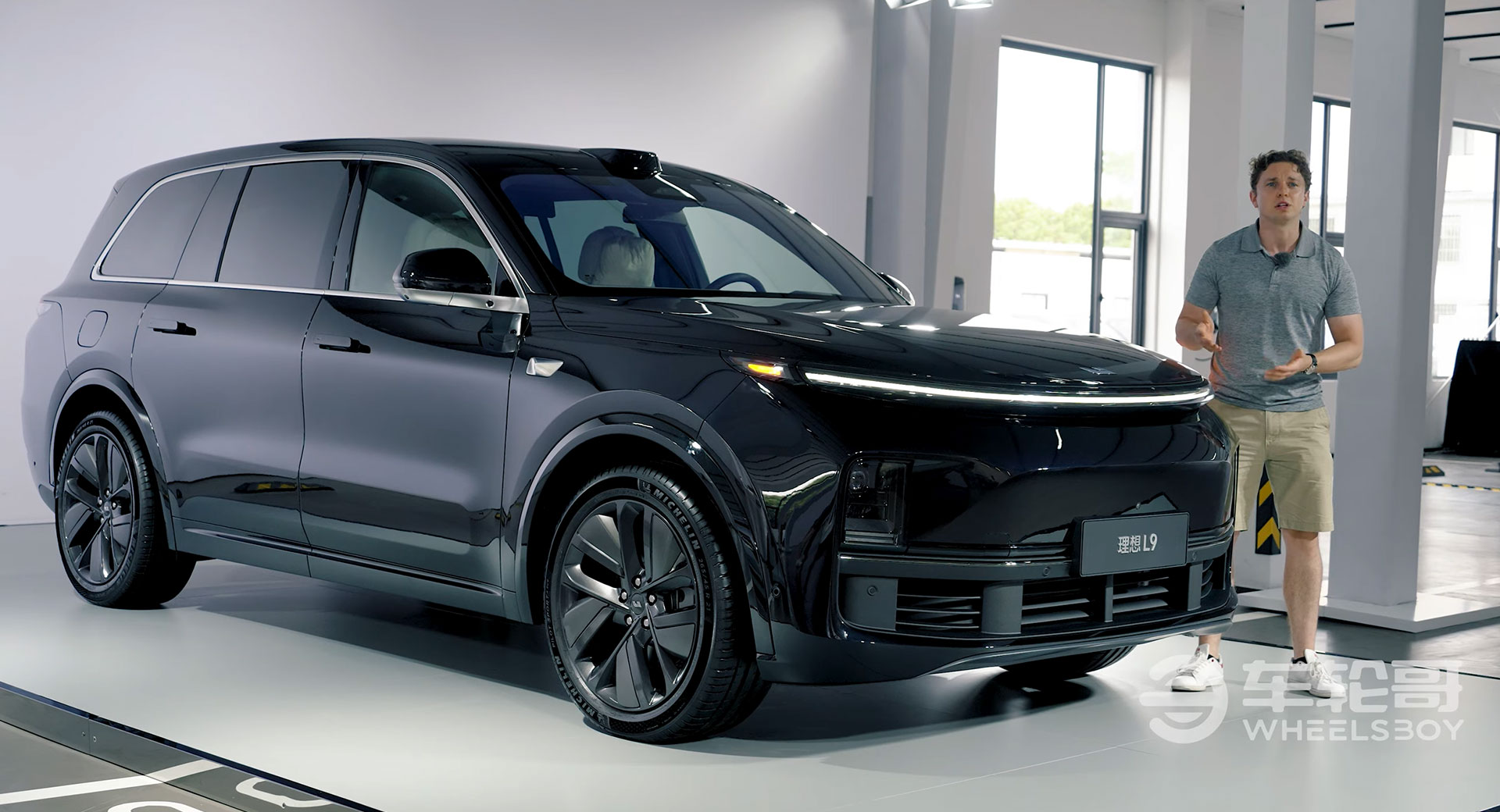 A few months ago, Chinese automaker Li Auto unveiled its L9 SUV. It makes a very bold statement and according to the founder of the company, Li Xiang, is the best family SUV that costs less than 5 million yuan, or nearly $750,000 – but is this really true?

YouTuber Wheelsboy was recently able to check out the L9 in person and while he wasn’t allowed to drive it, his first impressions video does provide us with a comprehensive look at the SUV.

It is the cabin of the L9 that is perhaps the highlight. Immediately catching the eye are two 15.7-inch touchscreen displays mounted to the dashboard but unlike most other EVs, neither of these screens serves as a digital instrument cluster and instead, one acts as the infotainment screen while the other display is for the front-seat passenger. While some vehicle functions, such as speed, are displayed on the central screen, Li has incorporated a small display into the steering wheel itself to show important driving information. A huge Head-Up Display has also been created for the L9.

The screens don’t stop there as in the rear, there is another 15.7-inch touchscreen offering loads of functionality options and complete with an advanced gesture control system.

A multitude of other nifty features have been added to the rear. For example, the second-row seats have heating and ventilation functions while the third-row seats are also heated. The seats can also vibrate in time with what media is playing on the screen. Li Auto has also equipped the L9 with a fridge under the center console that in addition to keeping drinks cool, can also be switched to a warmer.

Powering the L9 is a 44.5 kWh battery pack with front- and rear-mounted electric motors and a 1.5-liter turbocharged four-cylinder acting as a range extender. All up, the SUV is good for 408 hp and 442 lb-ft (600 Nm) of torque.