The driver of a Toyota Corolla in Norwood, Massachusetts, is lucky to have suffered only minor injuries after a car carrier that was speeding down a hill ran a red light and crashed into the side of his vehicle.

Footage of the accident from a nearby traffic camera was shared by Norwood Police, who said that the accident happened on Route 1 and Sumner Street at around 2:15 p.m. Speaking to Boston 25 News, the driver of the Corolla said he was being evaluated at a hospital on Wednesday night for back and neck pain but that his injuries were not severe.

Another driver at the intersection, Jon Ebb, told the outlet that he rushed over to help the Corolla driver after the impact and that the airbags had deployed. Although the driver was shaken up, he was mostly alright. Ebb called it a “pretty scary situation.”

Norwood Police Chief William Brooks was amazed at how close a call the accident was, saying it could have easily gone much worse.

“Fortunately, but for, like, a half a second, if that car got broadsided, I think we would’ve had some very serious injuries on the driver’s side,” Brooks said. “And that wasn’t the case. What happened is it hit the vehicle on the rear quarter panel and spun it.”

Police initially issued a Be On the Lookout (BOLO) alert because the driver of the car carrier didn’t immediately stop after the accident. It turned out, however, that the driver simply wasn’t familiar with the area and was looking for a place to turn around, making it, at first, appear as if he had fled the scene. He did return to the crash scene, though, and has been cited for running a red light.

Chief Brooks said that, while this is a great reminder of the dangers of running a red light, it’s also a good opportunity to warn drivers to look both ways before entering an intersection, even if they have the green light. 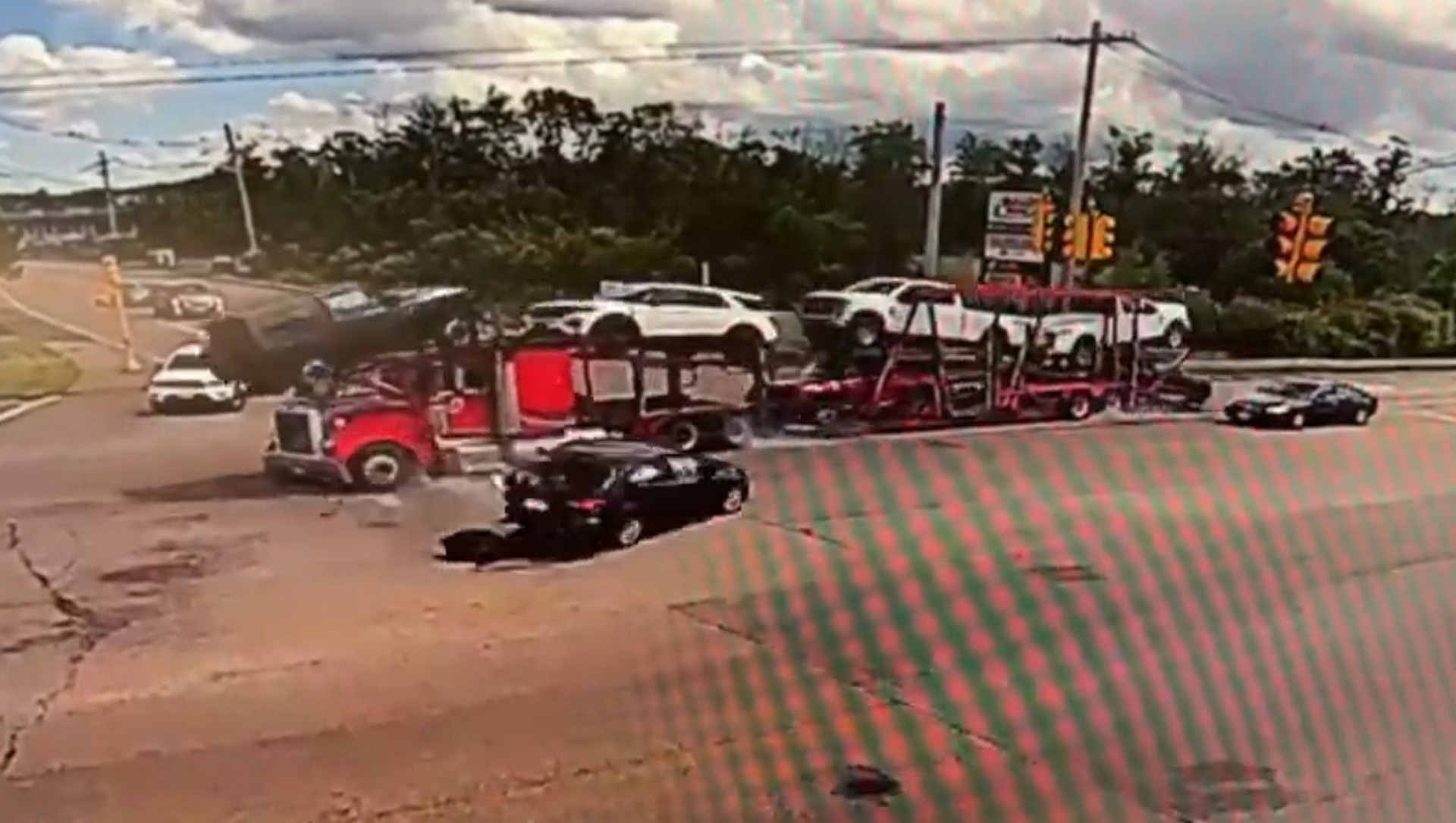