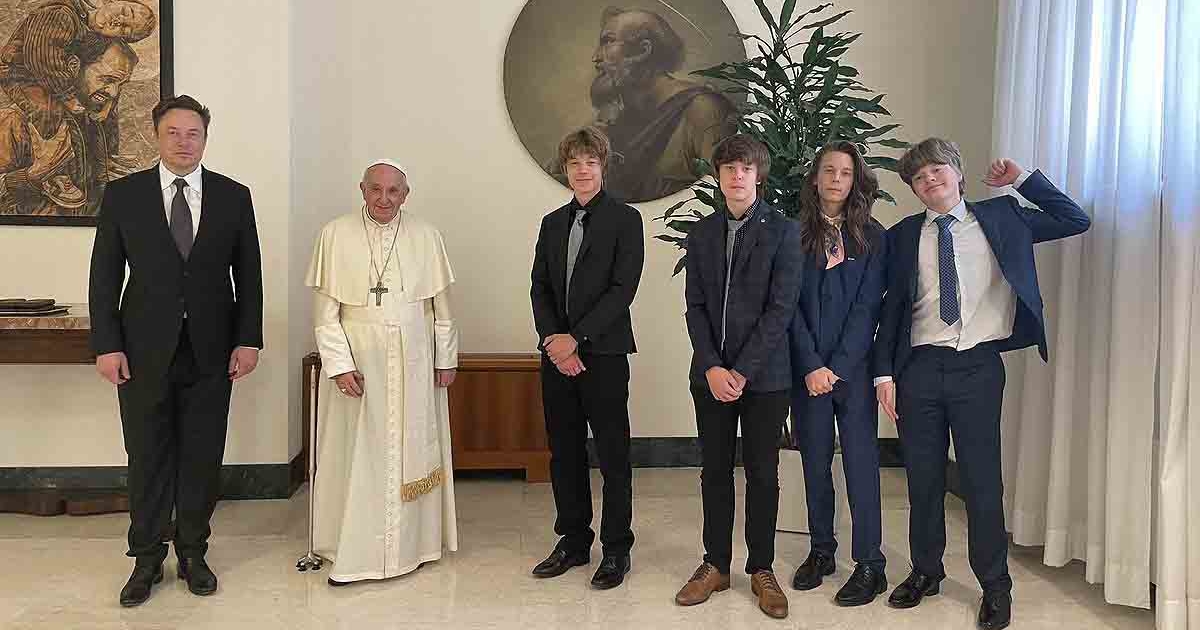 Elon Musk and four of his sons met with Pope Francis at the Vatican last week and the Tesla Inc. CEO then broke 10 days of silence on Twitter to share a photo of the audience.

Musk, the world’s richest individual, who is in the midst of a $44 billion takeover of Twitter Inc., wrote Friday: “Honored to meet @Pontifex yesterday.”

The Vatican did not issue a public statement about the meeting, according to The Associated Press. Pope Francis often meets with corporate leaders to urge them to use their wealth and technology to aid the poor, the AP reported.

Over the years, the Holy See has made public appearances with auto executives to take delivery of popemobiles. Last year Pope Francis met with Fisker Inc. CEO Henrik Fisker to see the design for an all-electric papal vehicle. Fisker said it will covert its all-electric Ocean SUV for use by the pope, providing a retractable glass cupola and sustainable interior materials, such as the carpets.

Philip Nussel of Automotive News and Reuters contributed to this report.