We’ve all missed an exit ramp before and thought how much easier it would be to use the nearest crossover to head back in the other direction, rather than potentially go for miles to take the next exit.

Some of us might do it, and some might not even know we’re breaking the law in the process. The general public is not entitled to use crossovers. They’re deemed too dangerous for cars to use, and as for semi-trailers, the idea of one of them swinging across multiple lanes of traffic and then trying to merge with fast moving traffic heading the other way is pretty scary.

But not as scary as actually seeing what happens when a semi tries to do exactly that. The Wisconsin State Patrol recently released a shocking image of an accident scene after it was called out to a collision between a semi and a Toyota Highlander SUV caused by the semi trying to use a crossover illegally. It looks like the semi was stationary, waiting for a gap in traffic on the opposing carriageway, and blocking at least two lanes in its original direction of travel, leaving nowhere for the Toyota to turn.

Related: This Is What Semi-Trucks From The World’s Leading Supercar Makers Could Look Like

“ONLY emergency and highway maintenance vehicles are allowed to use crossovers,” WSP wrote in its Facebook post.

“Thankfully everyone survived this crash, but it was preventable. If you miss your exit and need to turn around, the safe and legal option is to proceed to the next exit and use the off and on ramps,” the post continued. 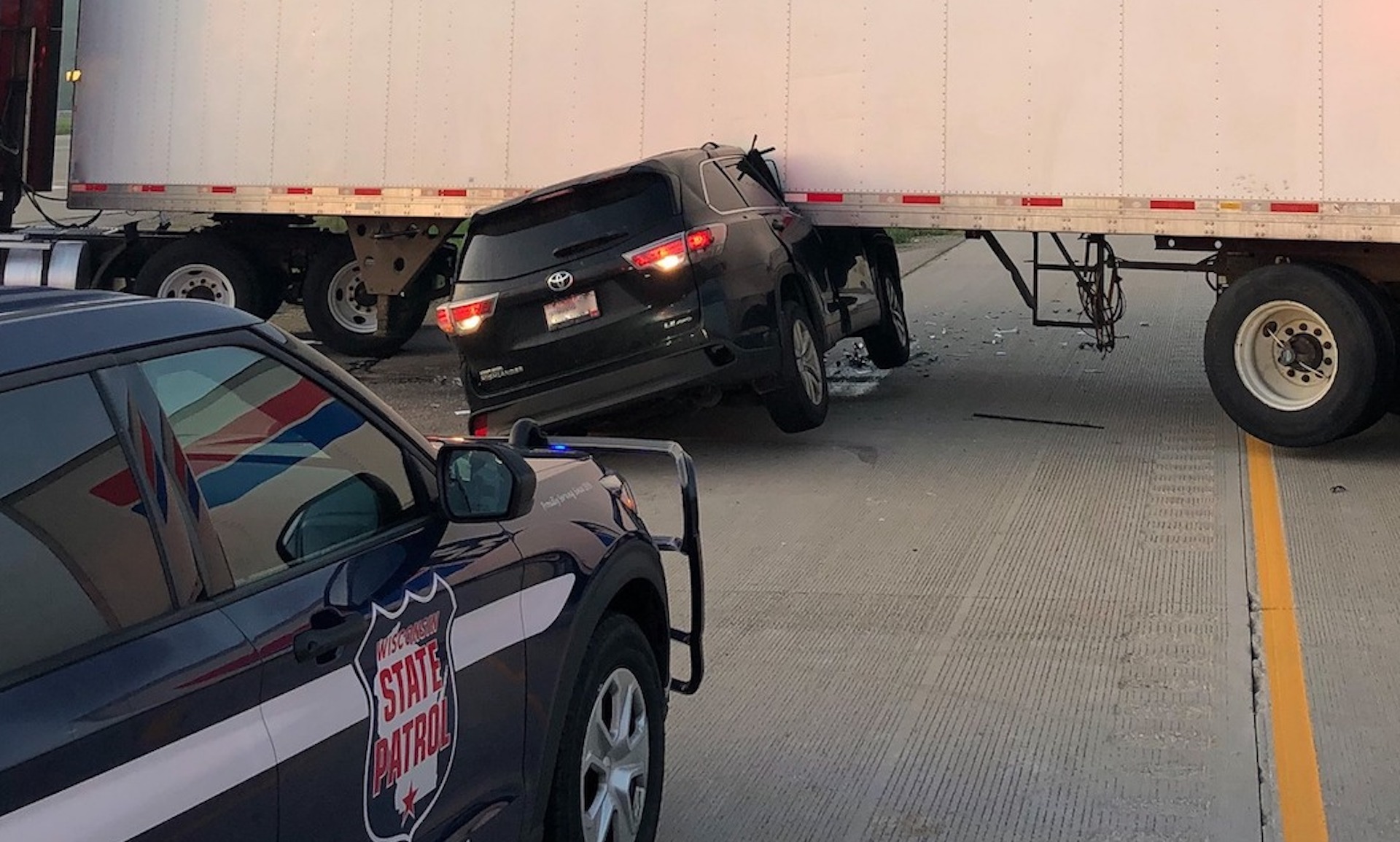 WSP gave no further details about the accident in the picture, but it’s a miracle that no one was hurt. The hood of the Highlander was low enough to slide under the trailer’s floor between its axles, but the upper bodywork wasn’t so lucky and the impact with the side of the truck appears to have pushed the A-pillars and windshield back to the B-pillar area.