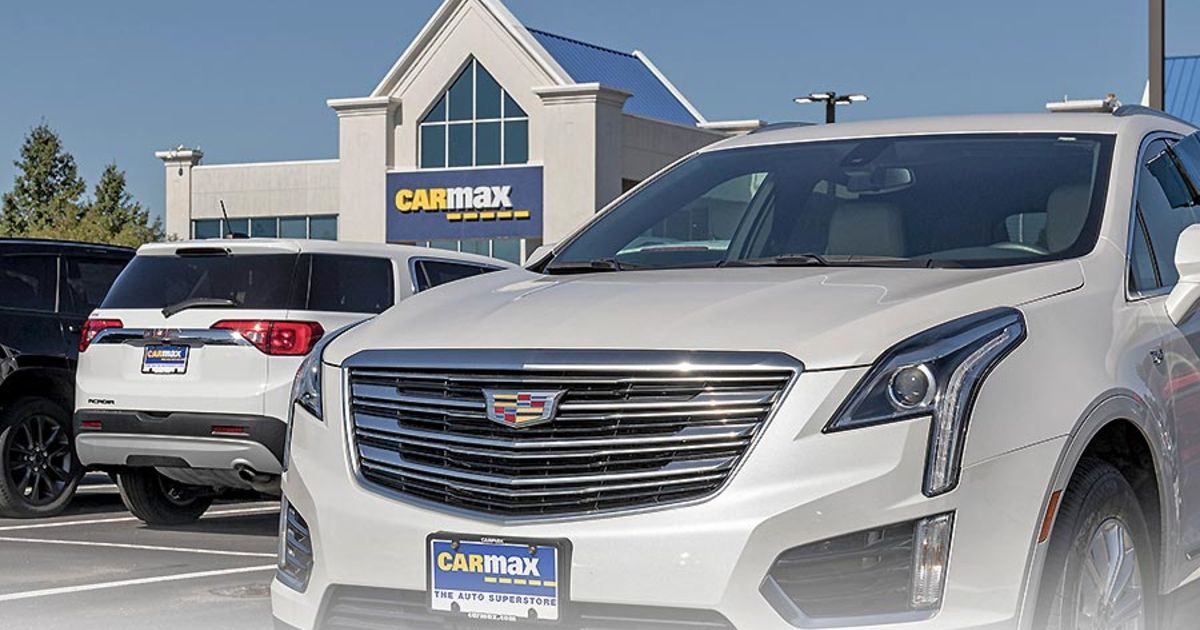 CarMax Inc., like other major players in the automotive retail realm, finds itself trying to maneuver through a year hampered so far by sunken buyer confidence.

In its fiscal first quarter, CarMax retailed 240,950 vehicles. That’s down 11 percent year over year. Company executives last week attributed the slump to a downturn in consumers’ willingness to purchase right now because of inflated vehicle prices and the absence this spring of $1,400 stimulus checks, which consumers received last year.

Despite the setbacks, CarMax managed to keep a handle on per-vehicle profit. Retail prices per vehicle rose about $6,300 allowing the company to pull in roughly 14 percent more used-vehicle retail revenue in its first quarter. It reported making a profit of $2,339 on each vehicle it sold — $134 more than it did during the same time last year.

“If a recession comes, we’re confident in our ability to weather it, as we’re coming at it from a position of strength,” Mayor-Mora said.

A number of used-vehicle retailers are scaling back growth plans because of shrinking consumer confidence and other macroeconomic factors that manifested in the first quarter. CarMax does not plan to make such an adjustment, at least in terms of its brick-and-mortar expansion.

Executives reconfirmed last week the company’s plan to open 10 in-person stores in fiscal 2023. CarMax opened one new store in Edison, N.J., in the first quarter, its first in the New York metro market.

Though CarMax may need to trim some expenses, it will not do so by compromising on vehicle reconditioning costs, CarMax CEO Bill Nash told analysts. The company will make a push to make available more affordable cars and trucks after it saw the effects of inflation in its inventory in the first quarter, Nash said.

One year ago, 70 percent of CarMax’s inventory was priced below $25,000. Fast-forward to today, and “it’s more like 43 to 45 percent, and that’s really a result of inflationary pressures,” Nash said.

In the second half of 2021, CarMax spent less on per-vehicle marketing because demand was so strong. That ended up changing in the first quarter, Mayor-Mora said. CarMax’s selling, general and administrative expenses grew 19 percent to $657 million, in part because of an increase in per-vehicle marketing, staffing costs and growth costs.

CarMax kept up its efforts to source cars and trucks directly from consumers and dealers, sourcing about 362,000 from that group in the first quarter. That’s 6 percent more than in the year-earlier period.

That enabled CarMax’s self-sufficiency to stay above 70 percent, Nash said.

Meanwhile, 54 percent of customers in the quarter purchased vehicles through CarMax’s omnichannel option, in which they can work through the buying process both online and in-store. That omnichannel share is down slightly from 56 percent one year ago.

CarMax ranks No. 1 on Automotive News‘ list of the top 100 retailers ranked by used-vehicle sales, with retail sales of 924,338 used vehicles in 2021.