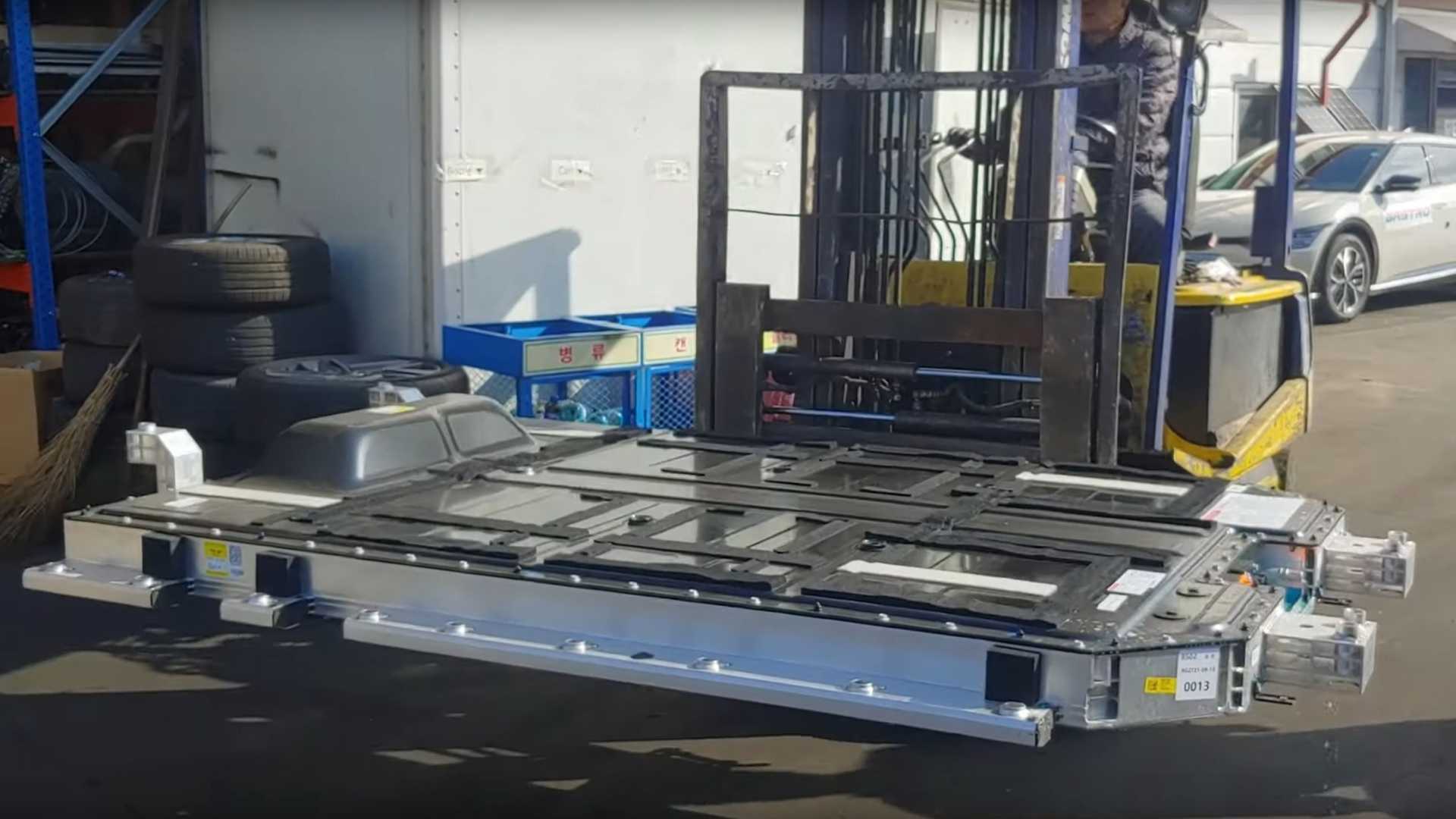 The Genesis Electrified G80 is Genesis’ first all-electric model, but unlike the Genesis GV60, it is not based on the Hyundai Motor Group’s E-GMP platform.

Today, we will take a look at the battery pack of the Electrified G80, opened by Power BASTRO in South Korea. The video is not entirely new, as it was released in late 2021, but it’s still quite interesting because it seems that some of the components are highly related to the E-GMP.

The battery pack in the Genesis Electrified G80 is 87.2 kWh, which is almost 10 kWh more than in the currently available top version of E-GMP models (77.4 kWh). The use of a bigger battery with a higher capacity has its justification, as the car itself is bigger and less efficient. Genesis estimates that its range is about 427 km (265 miles).

As we can see in the videos below, the Genesis Electrified G80’s battery is not entirely flat, like the E-GMP pack in the Hyundai Ioniq 5 opened in a previous video. This is because the pack had to fit into the structure of the conventional G80.

In the future, the company intends to introduce a new solution, called the Integrated Modular Architecture (IMA), which will consist of 9 standardized battery packs (for all models of all brands) with a cell-to-pack approach.