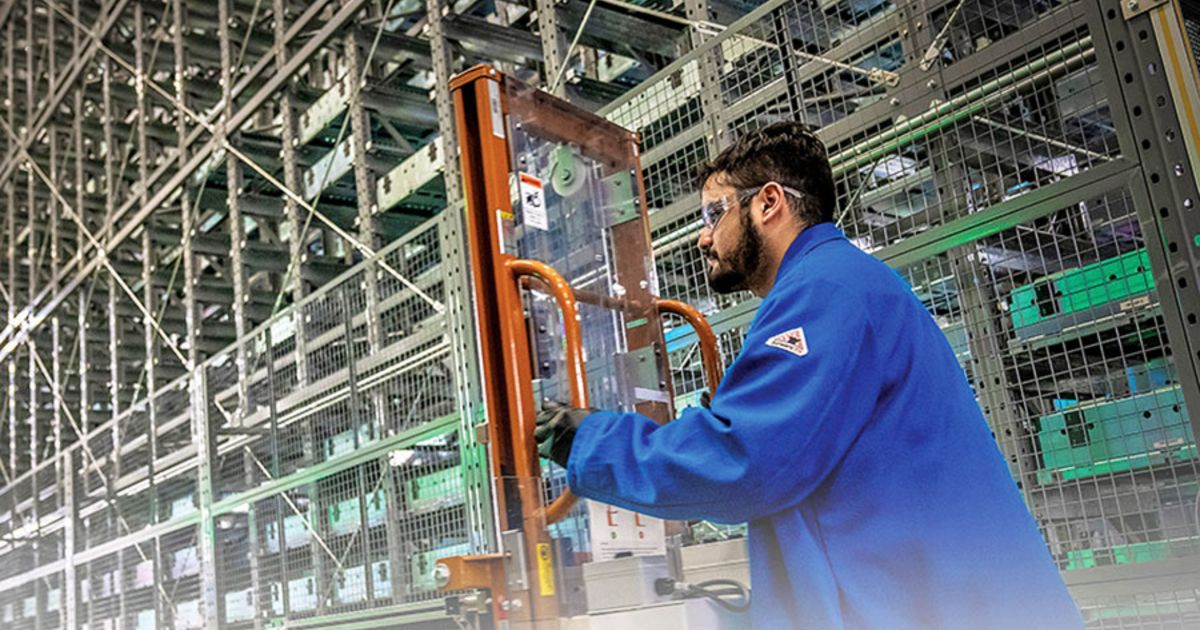 HOLLAND, Mich. — For good reason, much has been made of the new high-voltage battery systems automakers and suppliers have designed to power the next generation of electric vehicles.

But don’t forget about the humble 12-volt battery.

The company’s factory in Holland, Mich., on the west side of the state, has become a hub of sorts for Clarios’ emerging low-voltage battery technology. While most 12-volt batteries on the road today are lead-acid, the Holland plant produces low-voltage lithium ion batteries, which are significantly lighter albeit more expensive than their traditional counterparts.

“We look at what we offer from a chemistry-agnostic viewpoint,” Jennifer Slater, Clarios vice president of original equipment and products, said at a media event in Holland last week. “If a customer is looking at packaging and weight, lithium ion is probably the right solution for them.”

The Holland factory has been an advanced battery hub for Clarios since 2009, when it was a division of Johnson Controls. That year, the company received a $299 million grant from the Department of Energy to build advanced batteries for EVs. Work wrapped up at the plant in 2015, according to the company.

The 41,000-square-foot space ships about 3.5 million battery cells for 12-volt applications to automakers worldwide every year, according to Clarios.

Low-voltage lithium ion batteries have caught the attention of some automakers, including Tesla, in recent years for a handful of reasons. Not only are the batteries lighter, but they are built with electronics that monitor the health of the battery over time, a requirement considering the risk of fire that comes with lithium ion batteries.

Slater said it was important for automakers to monitor the low-voltage battery system’s health because it can provide backup battery power in the event the high-voltage system fails.

“Over the next five years, we’re not seeing a big shift in technology, but we want to continue to be relevant with our customers and have a full offering,” Slater said. “It doesn’t mean we’re expecting lithium to come in and take over lead, we just want to make sure we come in and have that space for customers who are looking for that solution.”

The Holland plant will also soon be home to production of an even rarer battery form for the auto industry: sodium ion batteries. This year, Clarios entered into a partnership with sodium ion battery maker Natron Energy Inc. to mass-produce those batteries for the first time.

Clarios CEO Mark Wallace said sodium ion batteries could be used in an automotive context but are likely to first be used as power generators for data centers or even to power homes.

“We know with increased electrical loads, especially as we charge more electric vehicles, you’re going to need stationary [energy] storage to do that,” Wallace said. “Our current grid is not capable of doing all of that.”

Still, even with the company investing heavily into new and emerging technologies, Wallace said the company expects the large majority of what it builds in the coming years will be lead-acid batteries.

The company said the battery itself can identify potential issues before they happen and anticipate when maintenance or replacement is needed, which Slater said would be critical as automakers roll out more advanced driver-assistance features.

“It provides a solution for our customers that are looking for safety and reliability [and] always monitoring the 12-volt battery, but maybe they don’t want to pay the premium of lithium,” she said.

Slater said the company has “high confidence” that it will supply batteries for more than 200 EV platforms coming to the market over the next five years. Having a range of different battery chemistries helps with that, she said.

“We engage way up front in the decision-making process,” she said. “When they come to us and say they have a vehicle coming in X product year, we want to have the product they need ready.”

Clarios ranks No. 80 on Automotive News’ list of the top global suppliers, with annual sales to automakers of $1.9 billion in 2020.