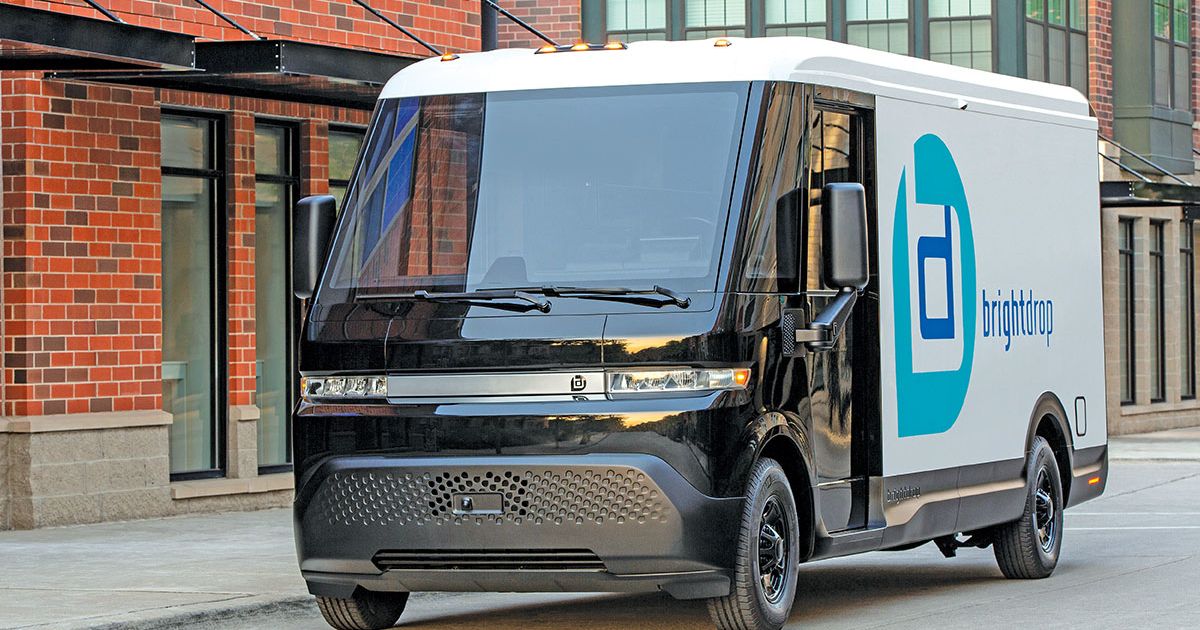 A year and a half in, General Motors’ new delivery and logistics entity, BrightDrop, has outlined plans for at least two electric delivery vans, logged more than 25,000 orders from e-commerce heavyweights including FedEx Express and Walmart, and recruited several executives from the advanced autonomous technology, software and robotics sectors.

“The demand for electric vehicles [is] only growing to replace and supplement the existing fleet that’s out there,” Rachad Youssef, BrightDrop’s chief product officer, told Automotive News. “The key to our success is to not solve the problem by simply putting more vehicles on the road, but to really come up with more efficient systems. How would you redesign delivery if you were to dream it up today, knowing the impact and knowing the consumer demand that exists?”

BrightDrop is a key piece of GM’s electrification strategy and of the automaker’s goal to double its annual revenue to about $280 billion by 2030. BrightDrop expects to generate as much as $5 billion by 2025 and $10 billion by decade’s end, GM said at an October investor day.

Along with developing the Zevo 600 and Zevo 400 electric vans, BrightDrop created an electric cart, called Trace, to simplify moving goods from the van to the customer.

The Marain software uses AI to develop a solution for a set of constraints.

“Looking at an electric vehicle, which has a finite range, looking at charging characteristics and looking at different modalities of how goods can be moved,” Youssef said, “the Marain solutions stack allows us to really model what’s the optimal configuration for our customers.”

Over the next few years, the number of delivery vehicles in fleets will have to rise 36 percent in the 100 largest cities globally to meet demand, according to the World Economic Forum.

“That in itself sort of speaks to the opportunity that we have in front of us,” Youssef said. “And the broader picture really for us is the fact that the vehicle itself only represents 15 percent of the cost of delivering goods to consumers.”

BrightDrop has brought one vehicle to the market today: the Zevo 600, with a range of 250 miles and 600 cubic feet of cargo space.

It’s building the Zevo 600 in small quantities and plans to scale production this year when assembly moves to Ingersoll, Ontario. BrightDrop plans to launch the smaller Zevo 400 next year.

BrightDrop’s initial customers include household names such as FedEx Express, Verizon and Walmart. They and others have placed orders for more than 25,000 vans so far. BrightDrop is targeting production of more than 50,000 vans by 2025.

BrightDrop estimates that commercial customers can save $7,000 per vehicle annually by transitioning from internal combustion to battery power. FedEx has modeled a $12,500 cost reduction per vehicle based on trimmed maintenance and fuel costs, Youssef said. He expects those savings to grow as BrightDrop continues to develop its fleet management software.

Capitalizing on EV demand in the commercial space likely will increase consumer adoption, Youssef said. When the general public sees that delivery employees can rely on electric vehicles to complete their tasks over the course of an eight-hour shift, their confidence in EVs for their own daily commutes will grow.

Before joining BrightDrop, Youssef helped develop the autonomous-vehicle road map at Nio and worked on AV technology at Zoox. BrightDrop has not announced plans for an autonomous van, but the background of Youssef and his colleagues — along with GM’s majority ownership of Cruise — could give BrightDrop an advantage. Cruise is developing robotaxis for ride-hailing, with the Origin, a shared, autonomous commuter van, slated for production next year.

“This is something that we’re constantly looking at in terms of how do we meet our customer demands and how do we progress our road map,” Youssef said. “There will be some significant adaptations if we were to tackle that [technology] for delivery.”