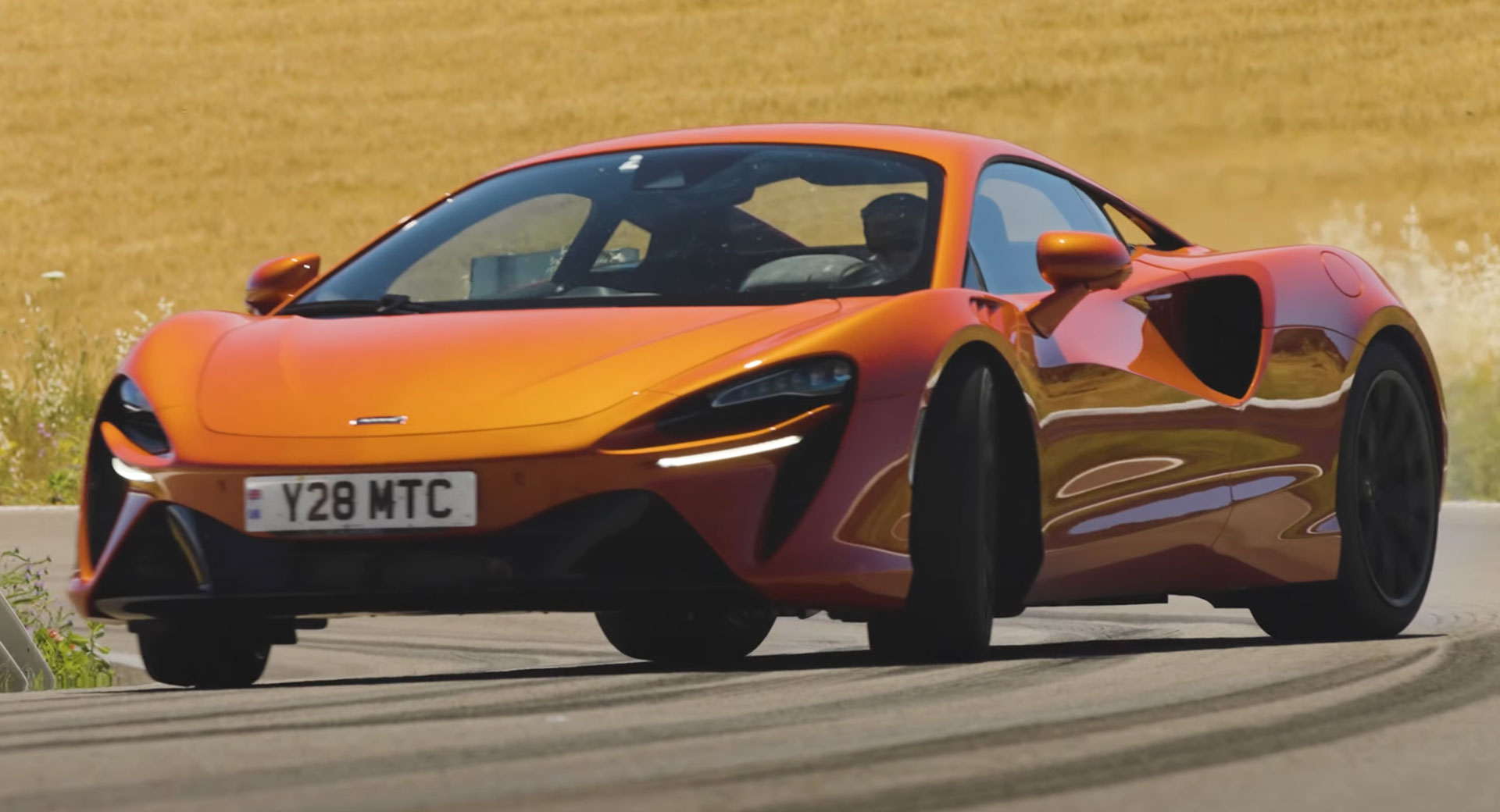 McLaren knows how to make an exhilarating supercar and, according to the reviews, with the Artura it appears to have done just that.

It has been roughly 18 months since the hybrid supercar was first announced as the successor to the Sports Series. It slots below the 720S in McLaren’s line-up and is intriguing as it is a hybrid and ditches the 570’s V8 in favor of a 3.0-liter twin-turbocharged V6. Perhaps its closest rival is the Maserati MC20, although some of the first reviews of the car do compare it to the more powerful Ferrari 296 GTB which costs roughly $100,000 more.

While driving the Artura through some stunning roads, Evo’s Jethro Bovingdon says that the car’s hybrid system is much more seamless than the brutal setup of the McLaren P1. However, he notes that the engine seems to run out of puff at high revs and isn’t as animalistic as the 3.0-liter twin-turbo V6 of the Maserati.

Interestingly, Bovingdon adds that the Artura feels like a more mature package than some other McLarens but says the added comfort means it doesn’t feel as instantaneous in its responses as some other models.

The 3.0-liter twin-turbo V6 of the Artura operates alongside a 90 hp electric motor, resulting in a combined 671 hp. That’s a lot of power, although as V6s get, this one doesn’t have the most sonorous soundtrack and can’t rival the V6 of the MC20 or the V6 of the 296 GTB in the sound department.

Fortunately, there are plenty of things that McLaren has nailed, such as the steering and braking, two things that the automaker has almost perfected in recent years.