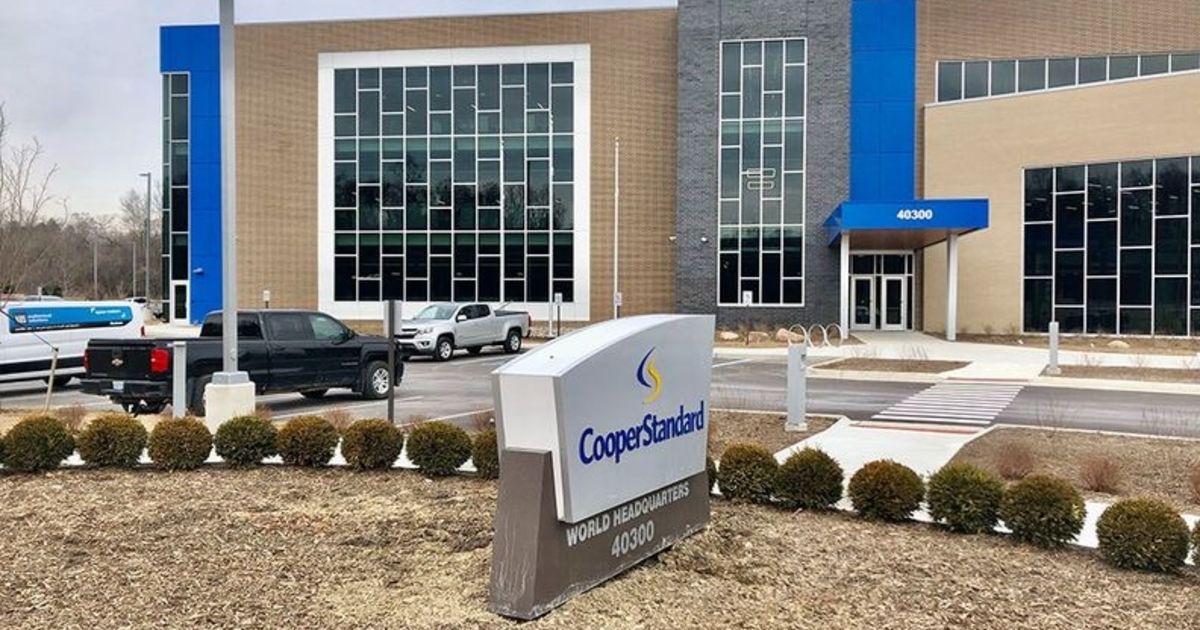 The automotive sealing and fluid delivery parts supplier saw its stock value plunge 20 percent to just over $4 per share as of Wednesday afternoon. That’s less than a fifth of its price per share at the start of the year as financial struggles amid market volatility have led to a steady slide.

The company issued a statement on Wednesday to Crain’s Detroit Business, an affiliate of Automotive News, offering more specificity on why the supplier tapped the New York City investment banker.

“Goldman Sachs has been retained as an adviser to assist us with refinancing portions of our debt to extend the maturity dates,” Chris Andrews, senior director of communications, said in an email. “Goldman Sachs is a long-term banking partner for the company. Cooper-Standard continues to maintain strong liquidity of $395.6 million, as of March 31, 2022.”

Despite losing money due to production stoppages, parts shortages and inflation, the company said it expects its liquidity position will “provide sufficient resources to support ongoing operations and the execution of planned strategic initiatives for the foreseeable future.”

Cooper-Standard generates more than half of its business from Detroit 3 customers, with Ford Motor Co. accounting for about 24 percent of its revenue in 2021, according to the company’s annual report.

The company posted a net loss of $61.4 million in the first quarter, according to its earnings report last month. Its gross profit plummeted nearly 68 percent to $21.5 million on revenue of $613 million, which was down 8 percent year over year.

Cooper-Standard reported total debt of $1.03 billion, $980 million of which is long-term debt, as of March 31.

The company had been talking publicly about refinancing its capital structure for the past six months, said equity research analyst Mike Ward, and Tuesday’s announcement should not have been a surprise to investors.

“It’s refinancing, every company does this,” said Ward, who covers the automotive sector for New York City-based Benchmark Co. “There’s nothing unusual about this. They have plenty of liquidity.”

Cooper-Standard CFO Jon Banas said in the earnings call that the company’s nearest debt maturity is November 2023 on its Term Loan B.

“The company is focused on extending the maturity date of some of the debt in our capital structure this year,” Banas said. “We are monitoring the markets and are considering all refinancing options available to us.”

Meanwhile, the company – like the rest of the auto supply base – is looking to recoup losses related to inflation and parts shortages. It racked up $100 million in related losses, it said last November, when automakers had been less willing to share the pain with price increases. Since then, OEMs have generally been more willing to come to the table.

“The vehicle manufacturers have no interest in letting the supplier go bankrupt, because then the contracts go to the court,” Ward said.

Cooper-Standard ranks No. 76 on the Automotive News list of the top 100 global suppliers with worldwide sales to automakers of $2.4 billion in 2020.