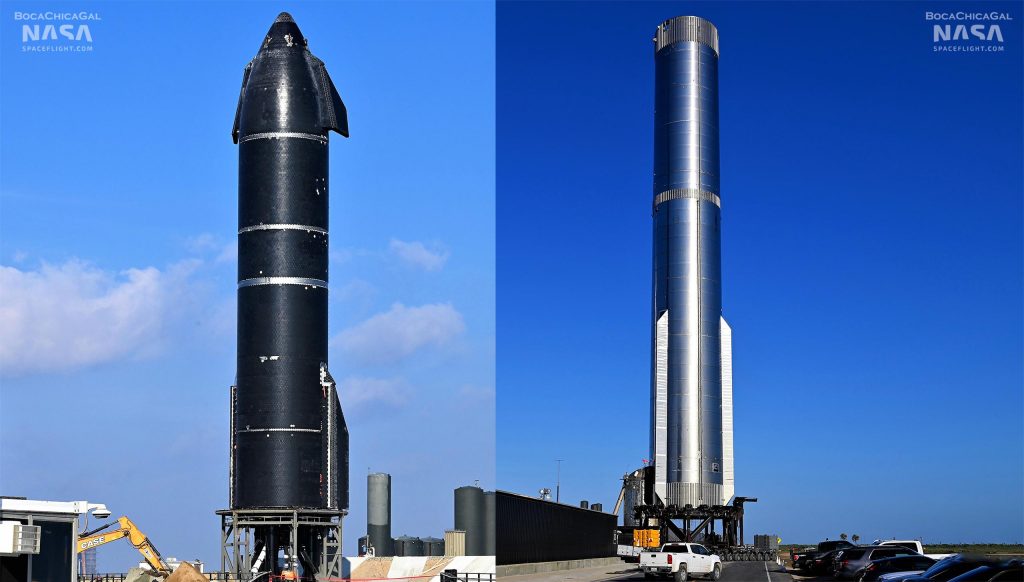 CEO Elon Musk claims that SpaceX could be ready to attempt Starship’s first orbital launch as early as July.

While SpaceX has been making slow and steady progress preparing the Starship upper stage and Super Heavy booster nominally assigned to that launch debut, the odds that even just one of those two stages will be fully qualified for flight before the end of July are quite small. Musk’s claims about what will happen after that rocket is ready are even loftier.

According to Musk, after SpaceX is done preparing a Starship and Super Heavy booster for their inaugural orbital launch attempt sometime “next month,” the company will have a second ship and booster pair “ready to fly in August” and another pair every month after that. If SpaceX rapidly completes the dozens of environmental mitigations assigned to it on June 13th and receives an FAA license or experimental permit for orbital Starship launches, the company does theoretically have permission for five orbital launches out of South Texas in 2022, but the same is also true for all 12 months of 2023.

However, there is very little evidence that SpaceX is on the cusp of being able to complete a new orbital-class Starship and Super Heavy booster every month. While SpaceX is working on future Starships and is almost done assembling a second orbital-class Super Heavy booster, the pace of that work appears to be about the same as it’s been for the last 12+ months. Yes, SpaceX is almost done stacking Booster 8 and has begun stacking Ship 25. Sections of Ship 26, Ship 27, and Booster 9 have also been spotted at Starbase. But SpaceX has been unable to finish stacking Booster 8 over the last few months it’s been focused on Ship 24 and Booster 7.

After a month of work, it appears that Super Heavy B7 may finally be preparing to return to Starbase’s launch site on Thursday, June 16th. Since it returned to the factory on May 14th, SpaceX has been installing 33 new Raptor 2 engines, applying thermal protection to those engines, buttoning up the booster’s aft end, installing control surfaces known as grid fins, and completing a few other unfinished tasks. If all of that work is complete when it rolls out again, B7 could kick off the next phase of its qualification testing – wet dress rehearsals and static fires – shortly after returning to the orbital launch site.

SpaceX has never attempted a full-scale Super Heavy wet dress rehearsal, in which the largest rocket booster ever built will be fully filled with more than three thousand metric tons of flammable cryogenic propellant and put through a simulated launch countdown. SpaceX has also never come close to conducting a full Super Heavy static fire, though it did fire three outdated Raptors on an outdated booster prototype a single time in July 2021.

Ship 24’s position is slightly more favorable, as it only needs six Raptor 2 engines installed. Thanks to Ship 20, which successfully completed several wet dress rehearsals and several static fires that ignited all six engines, Ship 24 will also be heading into terrain that is slightly less uncharted. Still, the Starship’s heat shield needs several hundred more tiles installed, one of four flap aerocover ‘caps’ is missing, and thermal protection will need to be installed around its Raptors.

Once Booster 7 and Ship 24 are both fully outfitted and installed on their respective test stands, there’s still little reason to believe that either prototype has any chance of completing all the tests needed for flight qualification by the end of July. In fact, for B7 and S24 to be truly ready for flight before the end of July, they’d likely need to wrap up qualification testing well before the end of the month to conduct another series of tests after the pair is fully stacked. If SpaceX does not proceed with at least some degree of caution and a plan to thoroughly test both stages before a launch attempt, it will significantly increase the risk of catastrophic launch pad damage that could easily take half a year or more to fix.

More realistically, it’s reasonable to assume that Ship 24 and Booster 7 will both run into some minor issues during their first wet dress rehearsals and static fire tests, possibly requiring Raptor replacements or even minor repairs. Instead of a few weeks, serious flight qualification could take a few months. It’s also arguably far likelier that one or both stages will need to be entirely replaced by Ship 25 or Booster 8 than it is that both will be ready to launch six weeks from now. Both Booster 4 and Ship 24 suffered some degree of damage during proof tests that are in many ways much easier than the wet dress and static fire tests they’ll soon face.

Still, despite the many reasons for pragmatism and expectation management, SpaceX has never been closer to Starship’s orbital launch debut, and the odds of that debut occurring sometime in 2022 have never been better.