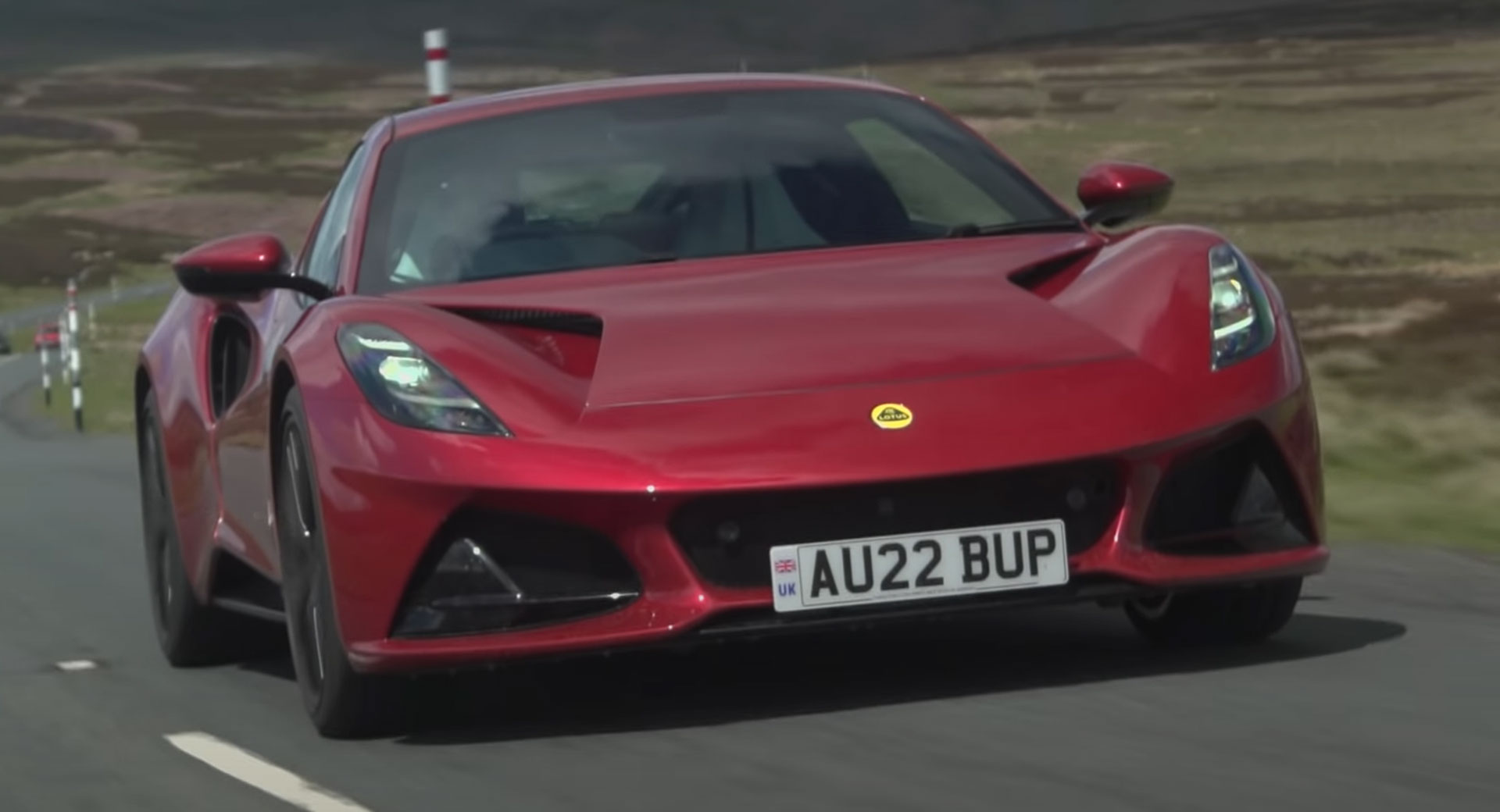 The Lotus Emira has big shoes to fill. Not only is it the British automaker’s sole sports car, filling the void left behind by the Elise, Exige, and Evora, but it will also be the British carmaker’s final ICE-powered model.

Presented by Lotus some 11 months ago, the Emira was only recently handed over to journalists in the UK. Found below are some of the best reviews of the new sports car that you’ll find on YouTube. They include both track and road tests of the sports car, as well as a couple of comparison tests where it is tested alongside the Alpine A110 S and Porsche 718 Cayman GTS.

In an interesting move for a vehicle of this sort, the Emira is available with two different engine options. The entry-level unit is a 2.0-liter turbocharged four-cylinder borrowed from Mercedes-AMG and producing 365 hp and 310 lb-ft (420 Nm) of torque. Those figures are down on the A 45, CLA 45, GLA 45, and GLB 45 that use the same engine but are still respectable. The press cars featured in these reviews had the flagship engine, a 3.5-liter supercharged V6 with 395 hp and 317 lb-ft (430 Nm) of torque.

In his review of the car, Evo’s Jethro Bovingdon isn’t fond of the powertrain. He notes that the engine isn’t particularly awe-inspiring and that the six-speed manual transmission does have some issues in shifting from 2nd to 3rd and 4th to 5th. He adds that it feels a little bit too soft for a Lotus and despite the automaker’s track-focused heritage, this is not a track car.

On the other hand, the Emira that AutoTrader drove was equipped with the available sport chassis that firms up the ride and adds stickier tires better suited to the track. Rory Reid is won over by the car and doesn’t make any of the same complaints about the manual transmission.