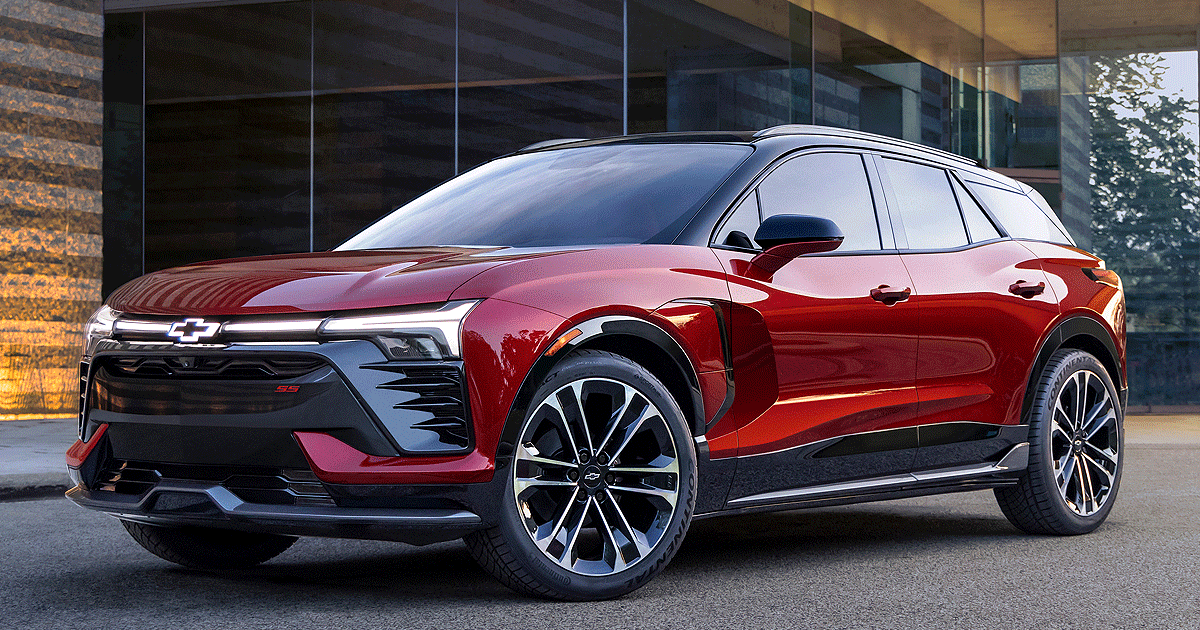 The electric version of the Chevrolet Blazer will retain key elements, such as a low, sporty profile and a hunched rear profile, featured on the gasoline-powered crossover when it launches next year.

But it will also feature plenty of strakes and scoops up front and behind the front wheels, based on a newly released image.

Chevrolet will reveal the electric Blazer, one of at least three electric vehicles it plans to launch next year, on July 18 before it goes on sale in spring 2023, the brand said in a statement Monday. Chevy teased images of the Blazer EV SS in March and again Monday. It will be the first Chevy EV performance model.

Chevy will also roll out the Silverado EV pickup and the Equinox electric crossover next year. All of General Motors’ upcoming EVs, along with the recently launched GMC Hummer pickup and Cadillac Lyriq, are powered by GM’s proprietary Ultium batteries, co-developed with LG Energy Solution.

Chevy already sells the Bolt EV and EUV, which are powered by an older battery platform.

Chevy showed a freshened version of the gasoline-powered Blazer at the Chicago Auto Show in February. The face-lift for the 2023 model year includes updated exterior styling, such as a new front fascia, and a new 10-inch infotainment screen.

The current gasoline-powered Blazer came out in 2018. U.S. sales reached a high in 2020 at more than 94,000, according to the Automotive News Research & Data Center.

Also in 2023 GM plans to launch an electric Chevy Equinox starting at about $30,000. At the time, GM CEO Mary Barra emphasized the need to build EVs at price points for all consumers, not just high-end models.