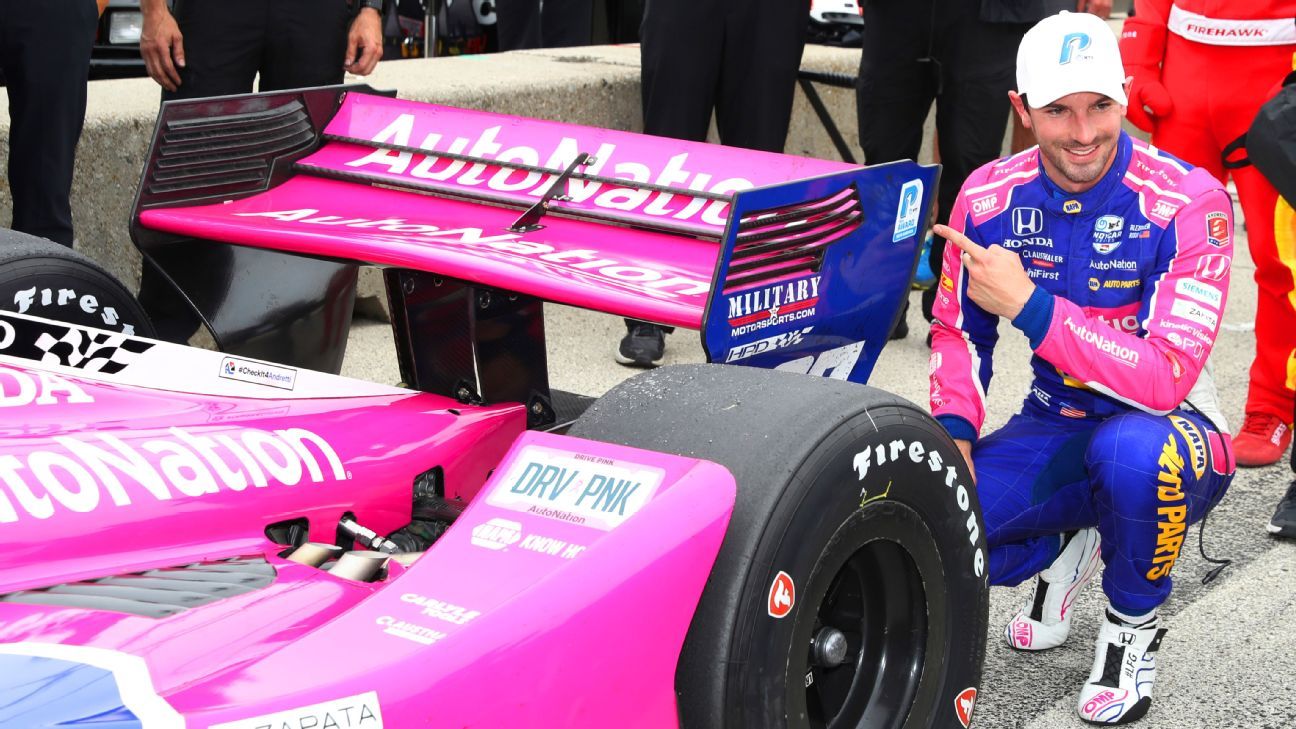 ELKHART LAKE, Wis. — Alexander Rossi won his first pole in three years and will now try to snap a losing streak that dates just as long.

Rossi will start from the pole Sunday at Road America, site of his most recent IndyCar Series victory 44 races ago on June 23, 2019.

Rossi turned a lap in Saturday qualifying of 1 minute, 44.8656 seconds on the 14-turn, 4.048-mile permanent road course considered one of the best in the world. His lap put the Andretti Autosport driver on pole for the first time since Belle Isle in 2019, three weeks before his latest win.

“It’s been a long time since we’ve been in this position,” Rossi said. “It’s amazing. It’s cool. We’ll enjoy it, but we’ve got a job to do.”

Colton Herta of Andretti was fifth to give Honda four drivers in the top five, while Pato O’Ward of Arrow McLaren SP joined Newgarden as the only Chevrolet entries to advance to the Fast Six round of qualifying.

IndyCar points leader Will Power, who cycled back to the top following his win last weekend in Detroit, failed to advance out of the first group and qualified 15th. IndyCar has never had a winner come from farther back than 13th, done by Alex Tagliani in 2004.

Simona de Silvestro, making her first start of the season, qualified 27th and last in the field as she adapts to her first IndyCar road course race since 2015. She and Tatiana Calderon give IndyCar a pair of women in the same race for the first time since the 2013 season finale.

Rossi, meanwhile, has been on a roll the past three weeks.

He finished fifth in the Indianapolis 500 and was runner-up to Power last week in Detroit. He also confirmed last week that he’s leaving Andretti Autosport at the end of his seventh season to drive for McLaren next year.

“I don’t think there’s any revelation. We’re not doing anything different,” Rossi said. “Mistakes are minimized, chaotic events, minus a clutch blowing up this morning, have been relatively under control.”