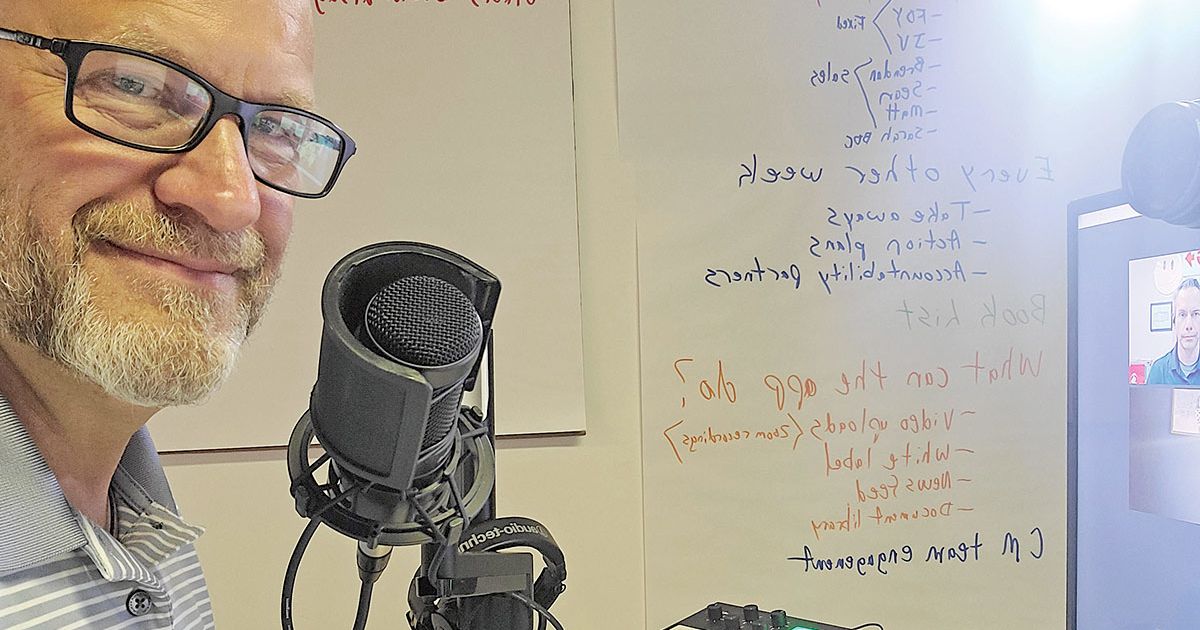 When Ted Ings got his start as a salesman at Fette Ford in Clifton, N.J., in 1981, there was no Internet.

Today, he hosts one of the longest-running fixed ops podcasts.

“We’re in the automotive business,” Ings says. “We need to pivot and adjust.”

Ings’ “Fixed Ops Roundtable” podcast posts every Monday and covers topics from tires to transparency to diversity and women in retail automotive. He picks the show topics and books guests drawing on his 40 years in the automotive industry. The podcast is a spinoff from the Fixed Ops Roundtable that started three years ago in Ings’ Manhattan office.

“The roundtable was just meant to support what I do in the training arena,” he says, adding that he has trained thousands of dealers.

“I wanted to get some industry officials together to share some ideas and best practices,” he says of the roundtable. “I was concerned I would hold the meeting and no one would come.”

“People were spilling out,” he says, laughing.

The podcast was a logical spinoff in a pandemic-plagued world when meeting in person was often not an option.

“None of this was intended; this was not by design by any stretch” Ings says. “But this is how things happen in life.”

While it’s possible to create a podcast on a smartphone, Ings recommends investing in the equipment required to produce a quality show and getting it on every podcasting platform.

“If you’re going to do something, make sure it is the highest caliber,” he says. “Work hard at it.”

It’s a safe bet that parts and service are going to dominate the content on the “Fixed Ops Mastermind” podcast, but you never know what host Dave Foy has up his sleeve.

That’s why, on a podcast where cars are almost always the stars, you’ll find an episode featuring astrologer Richard Michael King.

“It seemed to be a pretty well-received episode,” Foy says, “even though it had absolutely nothing to do with fixed ops.”

That out-of-this-world episode also stood out because Foy usually features topics such as marketing, cybersecurity, exit interviews, leadership and building a workplace culture that cultivates success.

Scott Joseph of J&L Marketing dropped this wisdom on a recent show: “If you don’t have the right culture, you can bring in ping-pong tables, you can bring in pool tables, but if no one plays them … you’re just taking up office space.”

Foy’s show is one of the oldest fixed ops podcasts, if you can call a show that started in 2020 “old.”

“Somebody called me the grandfather the other day,” Foy says. “It was said in a very nice way.”

Foy’s podcast posts every Monday and runs less than an hour. The show helps raise the profile of Quantum5, a technology company that offers training for dealerships.

“The podcast we use as a way to obviously get our message out there a little bit more,” says Foy, who works for Quantum5.

But he’s not afraid of hurting his paying gig by giving away great advice. He says the podcast has brought in new clients, some of whom figure, “if this is what the guy’s giving us for free, imagine what they must be able to do if you’re paying him!”

Even though the fixed ops podcasting space is getting crowded, Foy says he doesn’t mind.

“Obviously, that means it was a good idea,” he says. “If it helps the industry, then I’m all for it.”

What started as a bull session has turned into a Sunday morning ritual.

“We’d get together after work and just shoot the breeze about fixed ops,” Joe Chambers says of his off-the-clock conversations with his friend and colleague Erick Jauregui that turned into the “Service Drive Live” show.

“Then the pandemic hit and they closed all the bars down and we couldn’t do it anymore,” Chambers says.

But no amount of social distancing could cool their ardor for fixed ops. And Chambers and Jauregui were up anyway on weekend mornings with nothing better to do, so they started connecting via Zoom.

Only one person responded to their invitation on LinkedIn to join in their first show on Feb. 21, 2021. Slowly but surely, the circle grew. So did the level of sophistication. Jauregui remodeled his garage, which now houses their studio, complete with anchor desk, backdrop, webcams, microphones and soundboard monitors.

“We’re just a couple goofs with microphones,” says Chambers, who oversees multiple dealerships in suburban Chicago. Jauregui is a service manager at one of the dealerships.

“It’s a group room to talk about the business and share the knowledge,” Chambers says. “One of the things that we wanted to do with ‘SDL’ is keep it real. We are boots on the ground, we’re in the stores every day.”

Jauregui says every show has a topic that arises from what the guys are going through. The audience is a mix of parts and service workers, consultants, trainers, vendors and manufacturer reps. But the purpose is to share knowledge, not make sales pitches.

“We enjoy it,” Chambers says. “We’ve got a great community and we’ve really made some strong connections with people out there.”

“At that time of day, our families are sleeping,” Chambers says. “By the time we get back, the houses are stirring.”

He and Jauregui would rather meet than sleep.

“We like talking to these people,” Chambers says. “We love talking about the business.”

With more than 50 shows under their belts, Chambers says the next step is to produce a podcast and expand their reach across social media networks. They’d also like to host a live event. But they don’t aspire to become full-time broadcasters.

“We’ve gotten a lot out of it,” Chambers says, calling “Service Drive Live” a “priceless opportunity to better ourselves in the business.”

Corey Smith wants to you to get his message however you like it best.

His “Fixed Ops 5” program, which posts on the fifth and 20th of every month, is available as a podcast, as a video on YouTube and as a blog.

Smith, a former DJ who became a service adviser and service manager before becoming national fixed operations training manager for National Auto Care, draws upon his experience working at a dealership and what he finds as he works with dealerships as a consultant. Topics range from coping with challenges brought on by COVID-19 and the chip shortage to how all of the departments at a dealership can work better together.

“We’re helping everybody understand that you can all work together in one building,” Smith says. “I think these podcasts will really shine a light on where we’ll be able to develop a more cohesive team and have equal training.”

Smith says his CEO wanted him to create a podcast to make National Auto Care stand out. His first show posted in May 2021. Episodes range in length from less than 10 minutes to just more than 25 minutes. Smith identifies hot topics in the industry “and then I find guests who are passionate about those.”

Smith says his boss loves the show and isn’t worried that he’s giving away the store.

“When you talk about something, most people want more of it,” Smith says, adding that some listeners contact him to ask: “‘Can you come in and help us do that?'”

Smith also isn’t worried that his broadcasting role will fade if podcasting turns out to be a fad.