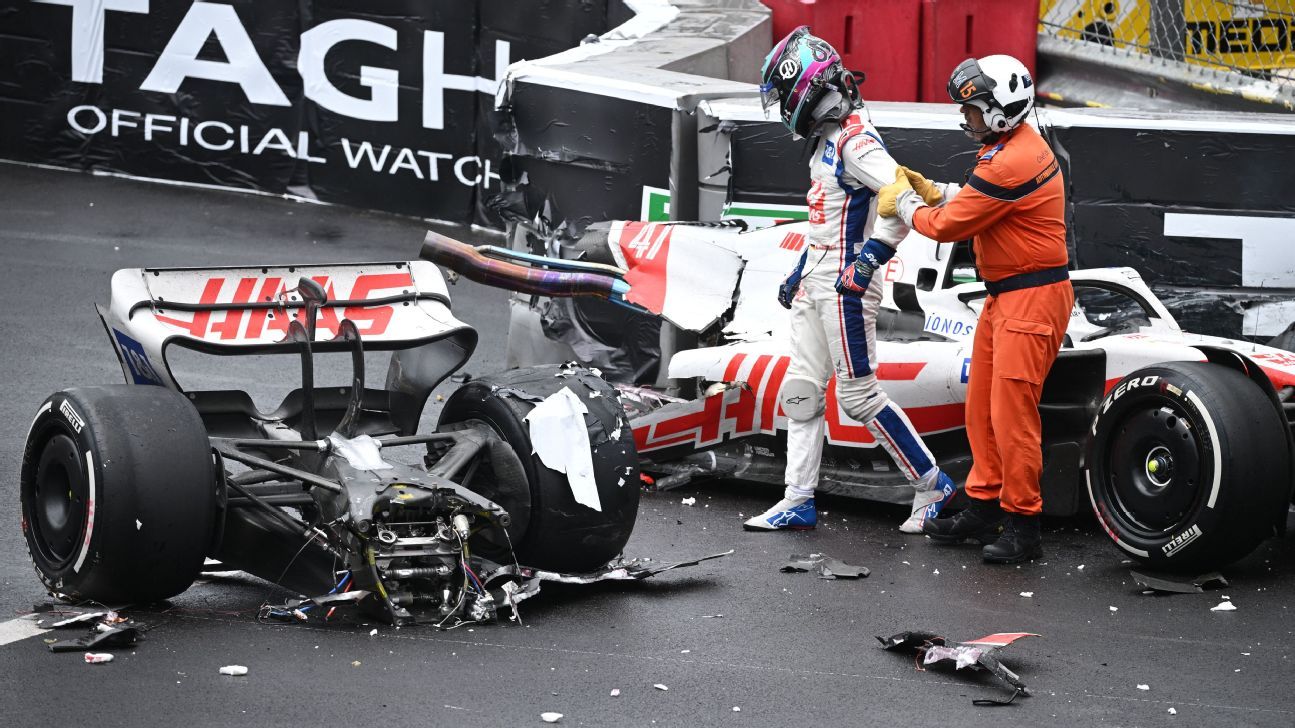 Haas boss Guenther Steiner has warned Mick Schumacher the F1 team will not continue with him as a driver if he continues to crash the team’s car.

Schumacher’s heavy crash at the Monaco Grand Prix, which saw his car split in two and is likely to cost far in excess of $1 million, led Steiner to suggest the team would have to consider his future.

Schumacher has incurred some expensive repair bills for Haas in a year it is walking a budget tightrope without a title sponsor, with another big crash at the Saudi Arabian GP costing the team another $1 million.

Steiner has made it clear to the German driver his run of crashes cannot go on.

“It’s just not possible to continue like this. And he knows that,” Steiner said ahead of the Azerbaijan Grand Prix. “He’s also crashing into a wall at some stage. It’s also not healthy.

“Obviously he wants to score points, and if you crash into the wall, you don’t score points.

“He knows that, so it’s like putting pressure on and telling him you shouldn’t go and crash. I don’t do that. I never do that. Because I think they know that they shouldn’t be crashing.

Schumacher is using a spare chassis for this weekend and a new gearbox, having destroyed his last one in the Monaco crash.

When asked if a serious discussion would be needed with Schumacher if he crashed again at Sunday’s Azerbaijan Grand Prix, Steiner said the team is at a critical point with spares.

“I would say so. Because also we will have a serious conversation because at some stage we run out of parts, we cannot keep up making them. And again as much money as you throw at it you cannot physically do it. We need to make sure that here nothing happens.”

Schumacher is still yet to score a point in 28 starts for Haas. By contrast, teammate Kevin Magnussen scored his 15 points across just three races after returning to Haas on the eve of the season.