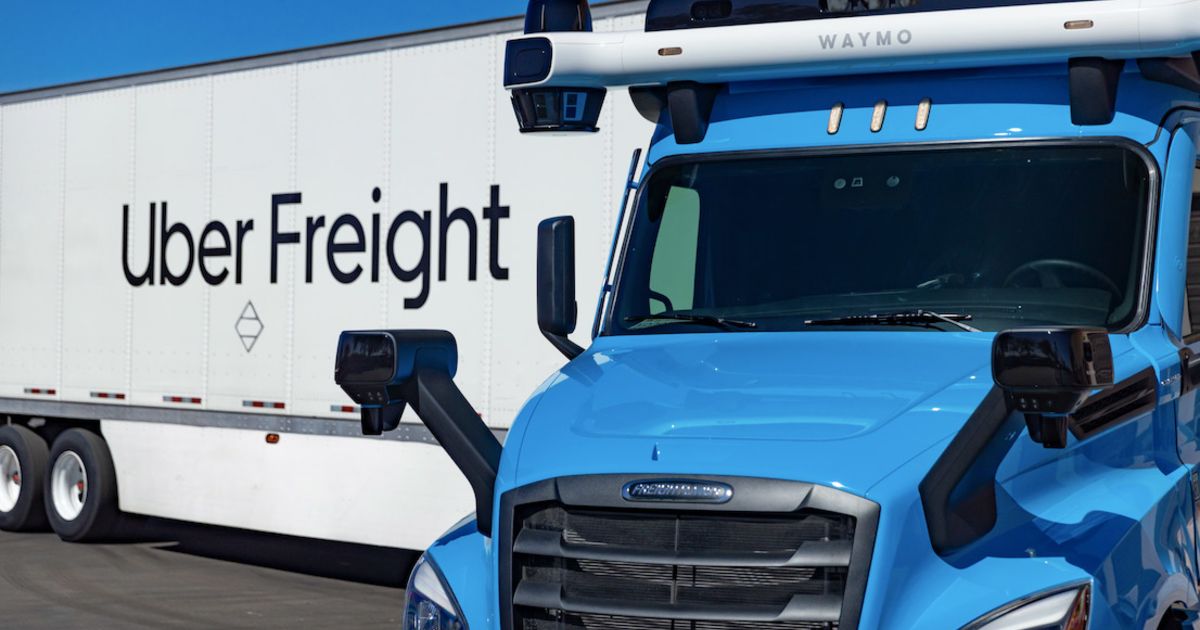 One of the earliest battlegrounds in industry efforts to commercialize self-driving truck technology may play out on Uber Freight, the online platform that matches carriers and customers.

On Tuesday, Waymo said it reached an agreement with Uber Freight to deploy its self-driving trucks on the network at a scale eventually reaching “billions of miles” of capacity.

The tie-up involves a “deep product integration,” which will someday allow carriers who purchase Daimler Trucks equipped with Waymo’s self-driving system to make those trucks available on the Uber Freight network.

There’s no specific time frame for when such a service will begin. For starters, Waymo will begin testing trucks that are part of its R&D fleet with live loads on the Uber Freight network later this year.

The integration between the two companies extends to a joint product roadmap, for which they’ll build tools and infrastructure that allow carriers to match loads with trucks on the network, according to Waymo, which will operate the partnership from its Via goods-delivery division.

If this all sounds familiar, it’s because Uber Freight started a similar partnership with Waymo rival Aurora Innovation in December. Uber Freight and Aurora are collaborating on a multiphase commercial pilot to haul freight in Texas, including providing carriers “with an additional set of tools to further streamline their operations,” Aurora said when it launched the partnership.

For Waymo, the new partnership represents a path to substantial scale. The company said it “intends to reserve billions of miles of its goods-only mileage for the Uber Freight network.” It comes at a time that capacity-constrained shippers are searching for ways to smooth supply-chain complications both in the short and long terms.

Since launching in 2017, Uber Freight has built a sprawling logistics network with approximately 130,000 customers, including AB Inbev, Nestle and LG. While those customers are using human-driven trucks today, Uber Freight envisions that changing.

“We are uniquely positioned to be the preferred network for autonomous trucks, with the scale and the marketplace expertise to deploy autonomous trucks in a way that benefits the entire industry, said Lior Ron, head of Uber Freight who was previously a leader in Google’s self-driving car project, which became the commercial-minded Waymo subsidiary.

“This partnership is an exciting leap forward, and we are proud to work alongside the amazing team at Waymo Via to … ring in a new era of logistics,” said Ron, whose time at Waymo came under Chris Urmson, now the Aurora CEO, who intends to commercially launch autonomous trucks by the end of 2023. Whether that launch comes directly with other trucking partners or on the Uber Freight network remains unknown.

But Aurora, and now Waymo too, envision Uber Freight as a key component of their long-term strategy to deploy self-driving trucks.

“Uber Freight’s network of shippers, carriers and marketplace technology is a great match,” said Charlie Jatt, head of commercialization for trucking at Waymo Via. “We’re really excited to see how this partnership can impact the logistics industry and solve critical challenges over the next decade and beyond.”