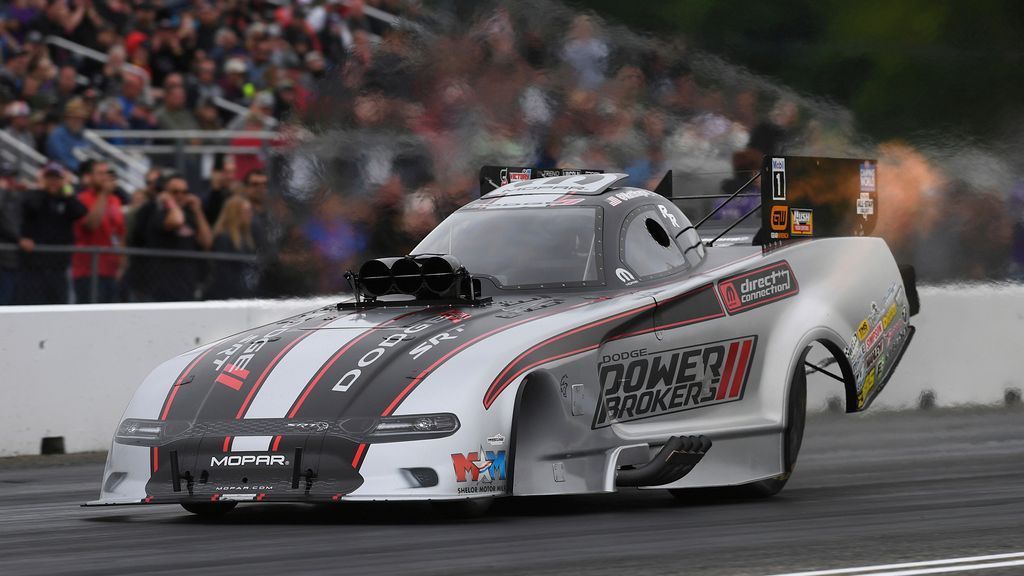 Hagan had a 3.922-second run at 327.98 mph in a Dodge Charger SRT Hellcat for Tony Stewart Racing in the championship round to beat Hight for the first time in three finals this year. Hagan has 42 career victories, winning four of the past five events at New England Dragway.

“It was just a great weekend, and I can’t say enough about [crew chief] Dickie Venables,” Hagan said. “Nothing really needs to be said because the race car speaks for itself. All the boys wrenching on the car just do a great job, and when I crawl in that car, I don’t have to think about anything other than leaving the starting line. I’m nothing without those guys, and I’m so proud of them. They truly deserve all the credit, and I should be giving all my trophies to these guys.”

Salinas drove to his third victory of the year and sixth overall, beating Justin Ashley with a 3.729 at 330.80. Points leader Enders beat Aaron Stanfield with a 6.547 at 211.00 in a Chevrolet Camaro for her third straight victory, fourth of the season and 37th overall.